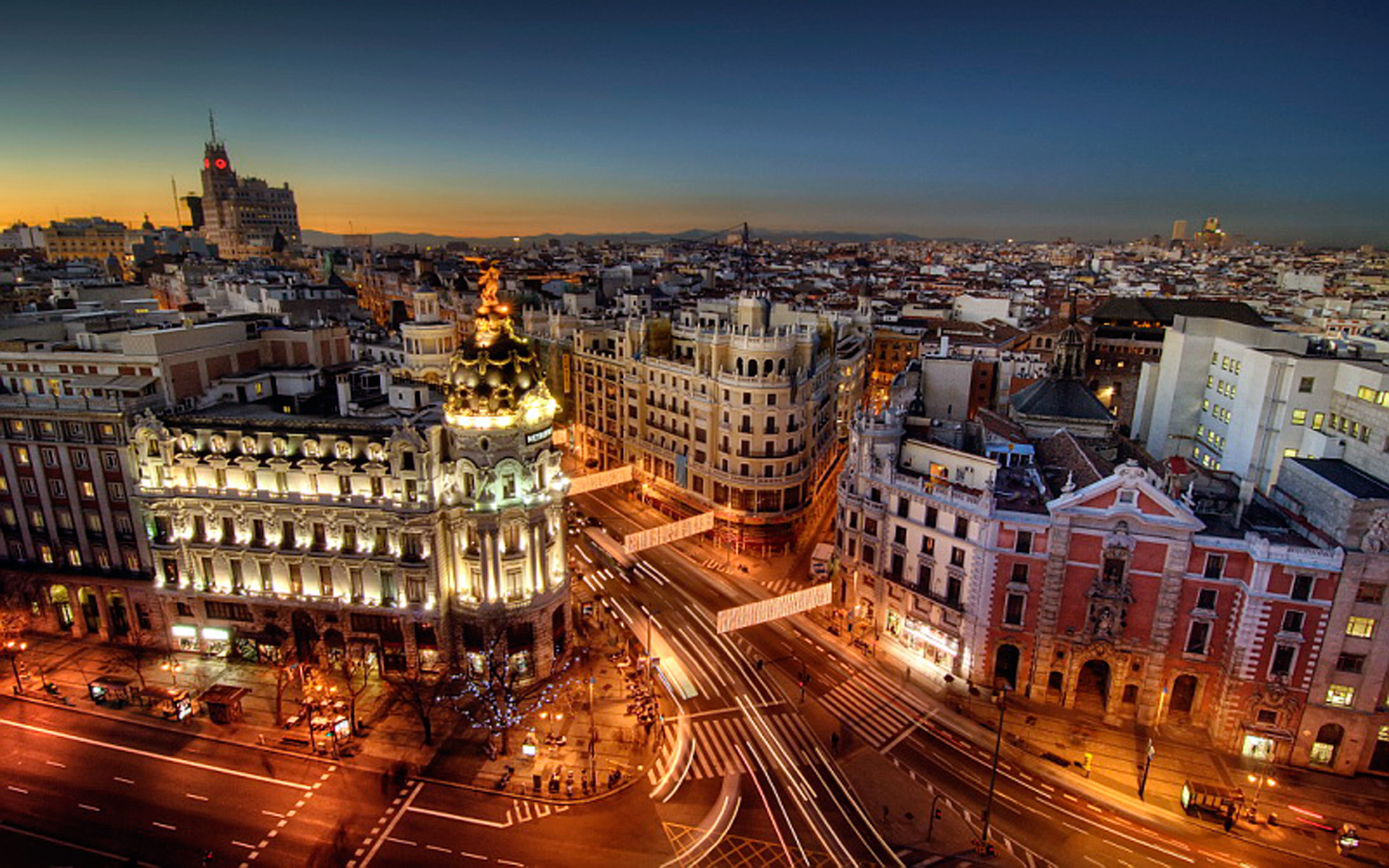 Nightlife in Spain is exciting and unsurpassed. The Spaniards stay out later, dance harder, and go out more frequently. Weekends start on Thursdays and end on Monday nights (mornings) and regardless of what’s going on, any week featuring less than two sleepless nights is considered a waste. The Spanish can dance your ass off, and while it may be intimidating at first, most are willing and kind enough to take your hand and show you the ropes. They enjoy their bachata, salsa, and merengue and will pull you in even if there’s techno music playing. So if you’re planning a trip to Spain anytime soon, make sure to prep your fancy footwork and check out the following list of impeccable discotecas!

First, we’ll start with one of the hottest nightclubs located in the official and party capital of Spain – Madrid. Kapital is one of the most immense discos you’ll see in your life. With seven floors of non-stop music starting from midnight until 6:30 a.m., this place is any young adult’s playground. The main floor always spins house and techno beats, with fun surprises like flapper go-go dancers, live violin and other performances, cooling blasts of white smoke every few minutes and an extremely high ceiling overlooked by the upper floors. The second floor is where all the drunkies go to show off their karaoke talent and the third floor houses Hip-Hop and R&B beats. On the top floor you will find an open terrace with sleek white tents, VIP tables, white table clothes, a lounge bar, smoking area, and again, fun extras like the ceiling magically opening up to expose the stars and circulate the air. You’d be surprised at how fast 6:00 a.m. approaches after a night at Kapi and that’s all courtesy of the Grupo-Kapital – a group who know how to create a unique and memorable clubbing experience. If you have enough nights, you’ll definitely want to give their other club, Fabrik, a try too. It opened in 2003 and since has become an important part of Spain’s nightclubbing culture, continually ranked in the top 5 of DJ Mag’s top 100 clubs in the world.

Mondo is another must if you are looking for a wild night filled with rhythm and passion. This venue is smaller and has an intimate dance floor tailored to its events. It has been a top player in the city’s nightlife scene for over ten years, though it is only open on Thursdays and Saturdays. This place is home to many international touring EDM acts, stretching from a wide range of genres such as electro, funk, disco, minimal, house, and trance. Located in the heart of downtown Madrid, it is accessible by taking train or metro to Puerto del Sol station followed by a short 5-minute walk.

Razzmatazz is Barcelona’s hidden gem for nightlife located in the industrial area of El Poublenou not too far from downtown. This place is five clubs in one with the Razz Club on the main floor playing indie rock, the Loft and Lolita playing techno upstairs and the Pop Room and Rex Room playing pop, electro and disco beats. This is the ideal place if you and your group like a variety of musical styles, heavily poured drinks and a constantly evolving ambience.

As you may know, the Mediterranean island of Ibiza is home to epic beach parties and lively EDM sensations. If Ibiza got its party name for a reason, it was due in large part to clubs like Space, which provide an irresistibly welcoming environment for DJs and tourists to come together. Space calls itself the best club in the world, and rightfully so, as they are one of the clubs to have been given the most awards consistently throughout the past two decades. Space has one of the best sound systems and is known to attract crowds of 20,000 at a time. If you’re going in summer, Sundays are its busiest nights so depending on how you like to go out, plan accordingly. The music is always on point and also on their list of competencies is their Space Ibiza Radio Shows and Live Sessions – definitely worth a listen and can be found here.

Surely this is no surprise as the Pacha Group has been able to build their brand into a world-renowned top contender in the international club scene – depicted by those infamous juicy cherries. In 2012, DJ Mag ranked Pacha Ibiza the third best club in the world out of a hundred. The brothers opened the first Pacha in 1967 with the headquarters and favoured venue opening in Ibiza in 1973. It since has expanded to 20 more franchises worldwide, 15 of which are in Spain. Its roster of resident DJs is impressive, with artists like Bob Sinclair, David Guetta, Swedish House Mafia, Eric Morillo, Benny Benassi, Pete Tong and many more hosting Pacha related events. Specializing in house music and unforgettable nights, you can be sure your time spent at Pacha will be well worth the inevitable hangover the next day.

This gorgeous vacation destination is an ideal place to have a night out, and BCM, located right in the center, will make sure they leave a lasting impression. The club is split into two main areas; the ground floor, BCM Millenium, and the main floor upstairs where the harder-hitting beats and high status clubbing take place. Guest DJs include Hardwell, Dimitri Vegas & Like Mike, Martin Garrix, Avicii, Nicky Romero, Afrojack, Calvin Harris, Skrillex and Steve Aoki. With scandalous dancers (male + female), themed glow, paint and foam parties, and a remarkable FUNKTION ONE sound system that pumps out 65,000 watts of sound, it is no wonder this club has recently been voted as one of the best in the world.

Continue Reading
You may also like...
Related Topics:Clubbing, Spain