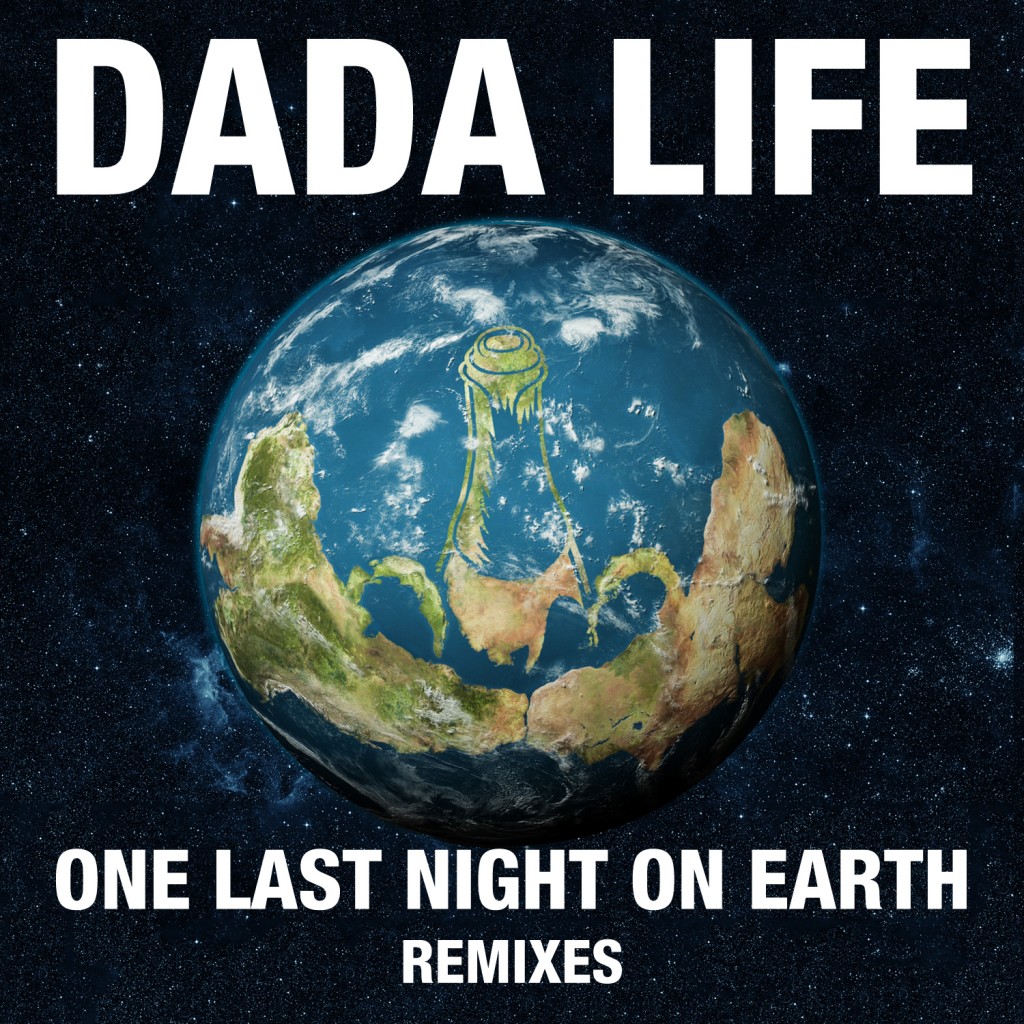 Swedish duo, Dada Life, comprised of masterminds Olle Cornéer and Stefan Engblom, have been sweeping the EDM culture with a whirlwind of new tracks and a variation of styles, but with the same energetic and outrageous character that is Dada Life. Formed in 2006, the two DJs/producers have come a long way from strictly electro, to a large variety of EDM sub-genres like deep progressive and some trap. Remixing some of the biggest hits in EDM from the last five years as well as DJ-ing at some of the hottest clubs around the globe, Dada Life was destined to release some the dopest tracks in the genres history – cue “One Last Night on Earth.”

Catchy in its original form, the track “One Last Night on Earth” is a type of song that I like to call a, DFR: Destined for Remixes. Almost every song in the EDM genre is remixed at some point or another, but there are only a select handful that come around every once and a while, and those remixes that come to fruition from the foundations of the original are just unbelievable. Dada Life’s latest track was amazing in of itself, but the remixes are just straight fire.

First, we have the Speaker of the House remix. Undoubtedly deep house, this rework of the original provides the listener with a completely different experience from the onset. The back and forth motion between the bass and the synths all culminate to a drop that is both deep house and chill house. I like to describe this song as the type of track you listen to when you have the windows down, you’re on a long drive somewhere, and you become nostalgic as your vision is immersed in the surrounding landscapes. Definitely utilize this track for instances like those, you won’t regret it.

The next remix in the collection that Dada Life released online three days ago is the East & Young Remix. Similar to the first remix, this track gives us the deep house vibe in the drop. However the ingenious layering of vocal samples in the build provide momentum to the drop that is slightly progressive. I would definitely use this song in a traditional house live set because of its recognizable drop and driving nature, but make sure to crank the bass on the drop to give it justice.

The third track in the collection of remixes is the Nom De Strip remix. Though I try not to be partial this remix was probably my favorite rework of the original. The clear progressive synths, bass, and kicks build to a surprising trap-esque/electro drop that’s just indescribable the first time you listen to it. Some might say it’s purely trap, others might say its electro, but that’s the brilliance of the grey matter and ambiguity within the EDM culture; it signifies innovation and originality. Keep your eyes out for Nom De Strip as they gain traction in the community!

The final remix in the collection is the Young Bombs remix, and sadly, it wasn’t my favorite. Don’t mistake me, the quality of the mastering, builds, and composition was impeccable, but the thing this song didn’t do in comparison to the others was that it didn’t compliment the vocals in a new way. The track actually sounds very similar to the original with maybe a bit more drive in the instrumentals. However, the drop is disappointing. Now, I’m not saying that the drop of the original was disappointing, but what I’m trying to convey is that I’m disappointed that the drop of the remix wasn’t different than the original. Give me something new, something fresh, something like all the other remixes gave me as the listener – a new experience.

Now, as much as I would like to say the Nom De Strip remix was my favorite, I also need to take into account that all these remixes are intended for different moments.You
have everything from chill house to trap, and that’s the beauty of Dada Life’s collection of remixes – they’ve curated a diverse selection that pleases almost any EDM listener.
Most of the time you will see artists pick similar remixes to create a common overall feel for the collection of reworks, but for this collection, the common element is the
vocal track. The vocals for this song are impeccable: they’re catchy, they’re crisp, the voice is gorgeous, and the vocal progressions in of themselves make you feel something that the music can’t do on its own.  Overall the original was dope, the reworks are straight fire, and Dada Life is definitely on our watch list for the future!