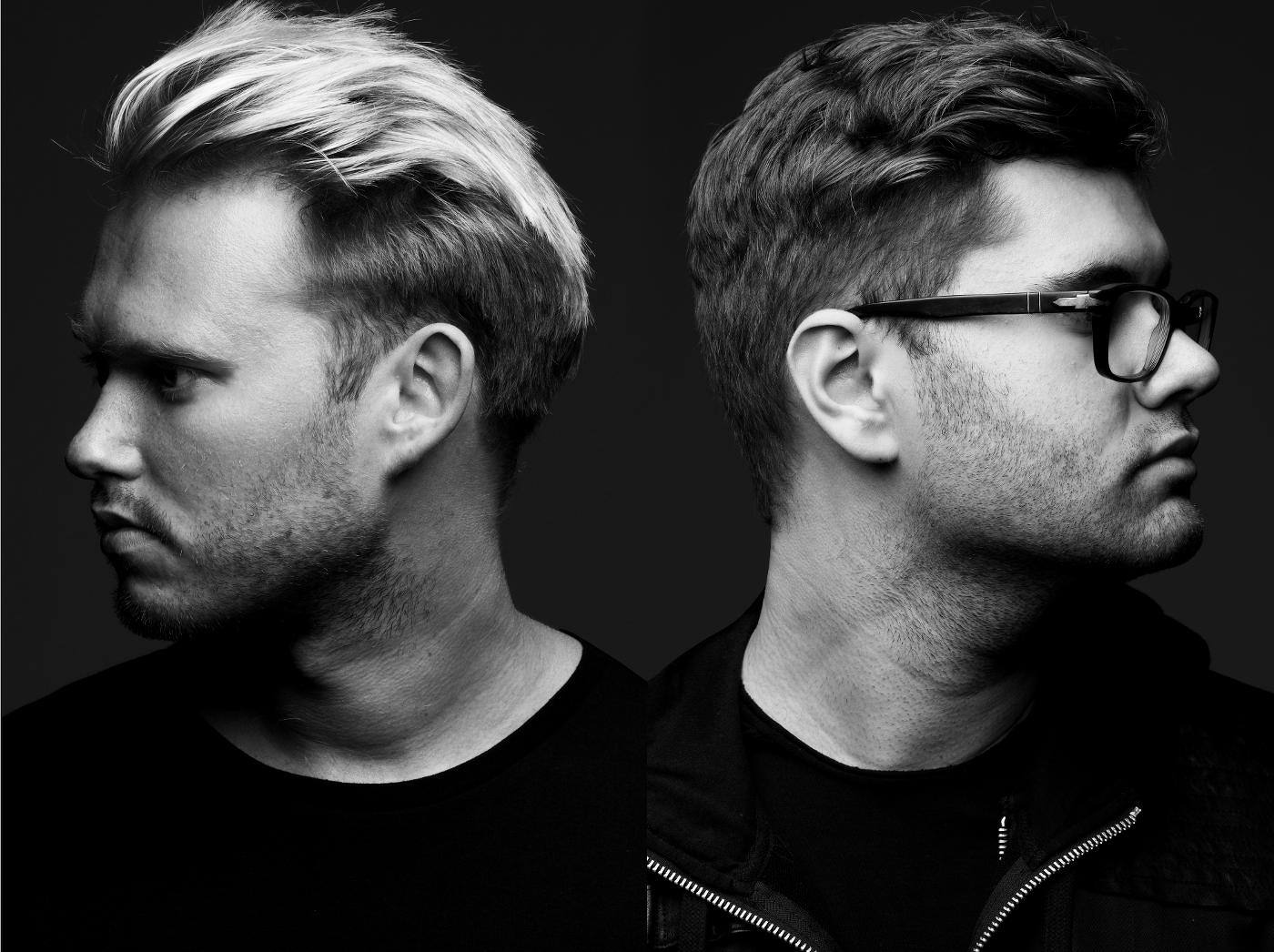 We’re excited to be celebrating your newest release, the Desserts EP. How would you say your sound has evolved since your debut album, Eject?

Sebastian: After EJECT we were pretty conscious of getting stuck in the ‘EDM bubble’ that was emerging. We re-evaluated what we wanted to stand for and made a conscious decision to open our sound to influences that meant something to us. There is definitely a focus on songs rather than just club tracks and I think that’s really apparent throughout Desserts.

Tell us a bit more about Desserts itself. Any specific sources of inspiration that carried you throughout its production?

Seb: There were a lot of different influences for us when it came to making Desserts. A lot of it came down to working with really interesting and unique vocalists, such as NEWTIMERS, LP and Sterling Fox.

Alex: It’s a real mix. Songs like ‘State Of Bliss’ went back to some of the clubbier sounds we loved a few years back, while ‘Genius’ allowed us to channel the French house sound we loved as kids. It was a pretty liberating record for us.

*You can buy “Desserts” here: prmd.co/dessertsitunes

How’s your workflow when you’re working on a new track? Do each of you have a part you’re better at, or do you just bounce ideas around and vibe off of each other’s creativity?

Seb: We never work in the same room. I think from day one we got so used to collaborating in separate cities and as a result we still sit in separate studios when we are working and just bring it all together later in the process. We don’t necessarily have just one core strength for each of us, it’s more about trial and error and bringing both our ideas together to make the best possible sound.

We were absolutely obsessed with the series of remixes/bootleg tracks you released earlier on this year, namely what you did with James Blake’s “Limit To Your Love.” What made you pick his song? How do you normally pick songs you want to rework?

Alex: ‘Limit To Your Love’ is such a beautiful song! When it comes to those remixes we just want to take interesting songs and inject a bit of our own sound and influences into it. It doesn’t need to be a big hit, just something that sparks our imagination and that can work in our sets.

There’s a lot of controversy centred on the term EDM. While it initially referred to a greater selection of electronic music, it’s now commonly associated with big-room and the like. What are your thoughts on the term, and the need to categorize music in general?

Alex: We feel pretty disassociated from the term to be honest. I think externally it became a stock way of categorizing dance music as a whole and within the industry it became a reference to the more generic side of the music. We don’t want to hate on that world, it just isn’t one we really identify with.

HBT considers you among the producers that have strayed away from typical electronic bangers, and have really differentiated themselves through unique sounds. Are there any producers/DJs you truly believe are pioneers in the industry?

Seb: Thank you! Some of the artists that inspire us the most sit outside of the dance world to be honest, but guys like Dr Dre, Disclosure and Dillon Francis are really impressing us right now.

What do you think about the current state of the electronic music industry? Where do you see it, as a whole, headed?

Alex: I think there is a need for people to be more creative overall. We had this huge spike in interest towards the industry and a lot of people flocking to one particular sound. It’s easy to sit and complain about the way things are but I feel like the future belongs to those who take control of their own sound and do something they can 100% say they believe in.

You guys are one of very few artists managed by At Night Management, which is undoubtedly one of the most respected groups out there. How and when did you start working with them, and how have they helped you develop your sound?

Seb: Ash found out about us online and I seem to remember him giving us a pretty tight deadline to remix one of Avicii’s early tracks (‘Sweet Dreams’). We made the deadline and from there we had the opportunity to join the At Night family.

Alex: Ash has been an amazingly supportive manager to us. Whenever we haven’t been happy with the way something is heading he has given us the freedom to take control and make music we truly believe in. Not everyone gets that opportunity, so we definitely don’t take it for granted. The whole team is super creative and supportive, it’s a great place to be.

There haven’t been very many collaborations between Cazzette and other producers! Any plans to work on some, perhaps with other PRMD Music artists? Or do you just prefer working as a duo?

Alex: Definitely. We can’t say too much right now but we are always open to working with artists that get us excited or that we connect with on a creative level.

Seb: We just started a North American tour, which will have us on the road through to October. After that we have some dates set for South America and Asia, which we are super excited about. In-between we will still be working on music and of course, we are starting to think about how we want to follow-up on Desserts.

Link up with Cazzette: