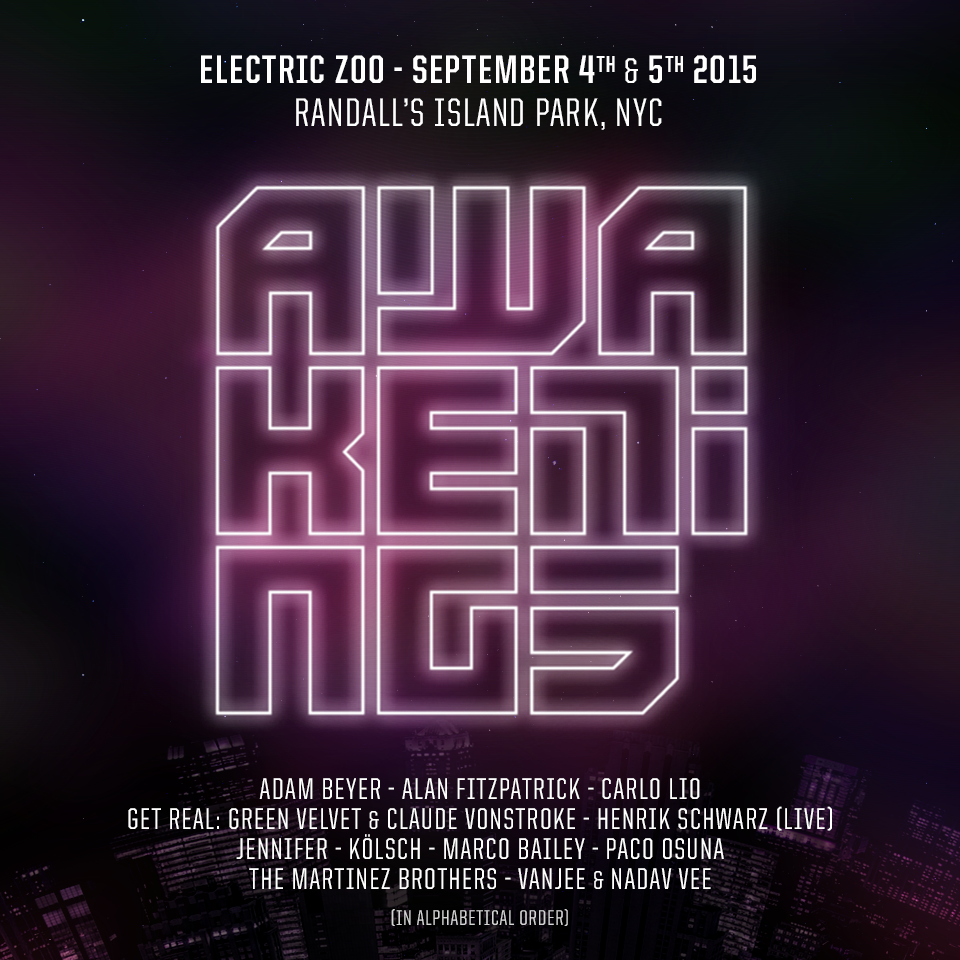 Almost anyone who’s active in the European dance music scene has already hit up the legendary Dutch music festival Awakenings. Though one of HBT’s writers already reviewed the Amsterdam-based fest, we’re excited to announce the addition of an Awakenings stage to New York’s beloved Electric Zoo.

For those of you who have already heard of EZOO but aren’t too familiar with Awakenings, they’re essentially known for selecting only the best producers/DJs of the techno/tech house realms, creating a party atmosphere that’s pretty hard to find in Europe, and just generally being the highlight of the year for many. To help build hype for the world-famous event, Made Event (the producers of Electric Zoo) released an exclusive mix by The Martinez Brothers on the 50th episode of their celebrated podcast Sunday School Sessions. The mix, comprised mainly of techno, tech house, and minimal beats, is perfect to give yourself a little taste of the incredible atmosphere at our favourite outdoor techno festival (and if you manage to make it through the mix without some aggressive head-bobbing and at least some minimal dancing, we salute you).

Make sure to hit up NYC’s Randall Park September 4th and 5th to check out the expertly curated Awakenings stage, featuring Adam Beyer, Alan Fitzpatrick, Carlo Lio, Get Real: Green Velvet & Claude Vonstroke, Henrik Schwarz, The Martinez Brothers, and Vanjee & Nadav Vee as the confirmed headliners. Still not convinced? Think of it this way: Holland has probably produced roughly 50% of your iTunes electronic dance music playlist. I’d say they know a thing or two about dropping a good beat and throwing a wild party.

So, quite a few things to celebrate! Sunday School Sessions’ 50th episode (and if you haven’t been watching the last 49, we demand you do so immediately), Awakenings & EZOO’s partnership (which we have no doubt will be a massive success), and the fact that you still have a few months to save money to head there. You’re welcome for the heads-up.

EDC is on its way to japan 2016!
Armin van Buuren to Premiere New Collaboration at Tomorrowland 2015