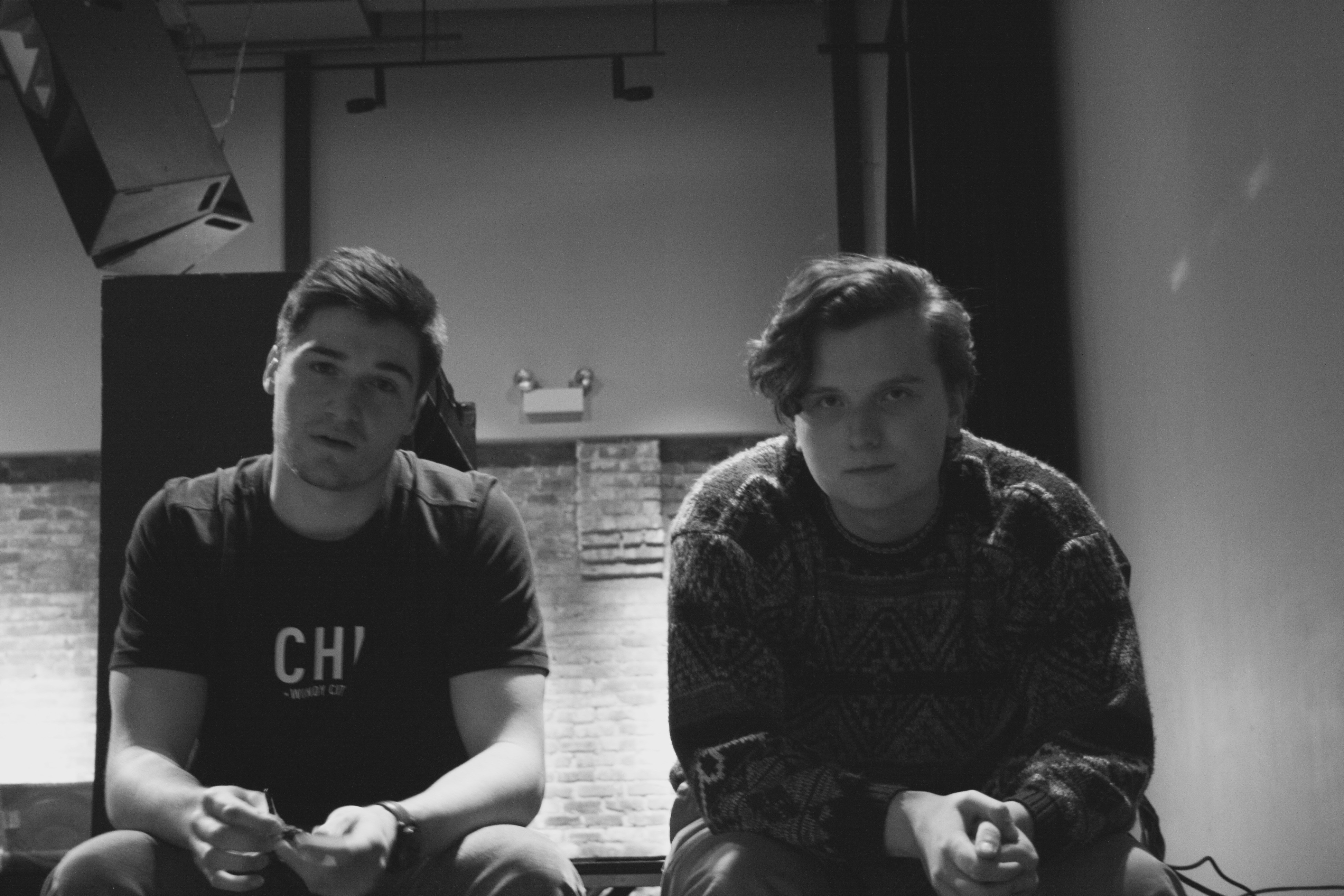 We met in middle school and became friends when Jake ripped his tooth out in the middle of class. By playing video games and working on school projects together, we discovered our mutual love for electronic music (super hard dubstep at the time). We have been hanging out all the time since! Our friend group is all super close and are the first people who hear our new ideas. Great memories we share have inspired many tracks such as Cinder and an upcoming track called Reflections.

You are one of the best up and coming Future/Experimental duos we have encountered on the internet! And your latest track “Breathe” is one of our all-time favorites. How do you come up with your ideas? Also, what is your creative process like?

That means a lot, thank you! Ideation is always hard to explain, especially since it is two of us and ideas bounce between us quickly. Often, we create a concept and try to expand on the unique emotion or personality that it carries. For Breathe specifically, our friend Austin let us sample a bunch of acoustic guitar tracks he wrote. We then coupled those with some of the sounds that we had engineered, and the complete song seemed just to fall out. We have found that on many projects we have second-guessed ourselves and delayed what could have potentially been a strong track. With Breathe, we knew that what we had created was unique, so we forced ourselves to push it through the release pipeline as soon as possible.

“Cascara” is another example of just how great you are! The mixing is on point, and the melodies/ideas are out of this world! Could you tell us more about its creation process?

We worked on this song for a really long time, the project has hundreds of hours of working time. In contrast, to Breathe’s short, pre-release lifespan, Cascara sat in different states throughout three years. At one point along the line we played a show, and the crowd really seemed to enjoy the brief segment of Cascara we played. This sparked our desire to sit down and finish the track. It is cool to see the retroactive support the song has gotten since we posted it at a time where we had low confidence in our music. The original idea for the song was based on a drum beat that we felt had a really ‘Odesza’ vibe but ended up changing to be more our style as we grew as producers and found what we did best.

Your signature sound reminds us of the sound of some of the most significant experimental/Future bass artists in the world (Odesza, Whethan, among others)! How did you manage to achieve such a professional sound in such a short time? Can you tell us more about your musical background?

That is awesome to hear because Odesza is a massive influence! We are both amateurs and don’t have much ability beyond a DAW and some overpriced VSTs but Garrett plays piano and Jake can play drums and guitar. We each have been producing for 7-8 years individually and producing together for 4 years. We really struggled to get high-quality mix and masters until we upgraded our tools. Our released music obviously represents our best work, but that is such a small fraction of what we make. Last year we created 91 projects/songs and each one we were trying to implement a concept or recreate something, which meant we were learning valuable things on the way. For example, recently, we have been dissecting the way artists such as Electric Mantis and Inzo play with space and reverb in their mixes. Though their music isn’t as similar to ours, the technical detail they achieve in their tracks is something that we think every artist should strive for. We also have some really excellent mentors that we bounce ideas off of and send previews to. Artists like Align and Mielo have been tremendous assets in helping us iterate on ideas and sound design which has undoubtedly helped us increase our quality.

Could you tell us more about when you started producing music? What made you fall in love with it?

For both of us, it started as wanting more of the music we were listening too. We were both fascinated by the early days of dubstep when Skrillex was exploding, and Adventure Club was melting hearts. Excited by this style of music we each independently investigated how it was made. Both of us were already into computers and software so installing some production software and messing around was the logical thing to do! Early in high school we saved up enough money to buy FL Studio keys and decided we were going to have a real go at producing music. At that point, we were very drawn to artists like Odesza, Porter, and Fakear. We love creating because the feeling of an idea clicking is unlike anything else, and knowing that this original creation is yours and can exist beyond your lifetime.

We have four songs we are working on getting ready to release and are actively looking to find artists, networks or labels that are interested in supporting the tracks. However! We do have a huge release of our remix of Align’s Daydreaming coming on November 20th that we are super excited about. The track encompasses a lot of the experimental sound we are trying to achieve moving forward, and we can’t wait for people to hear it!