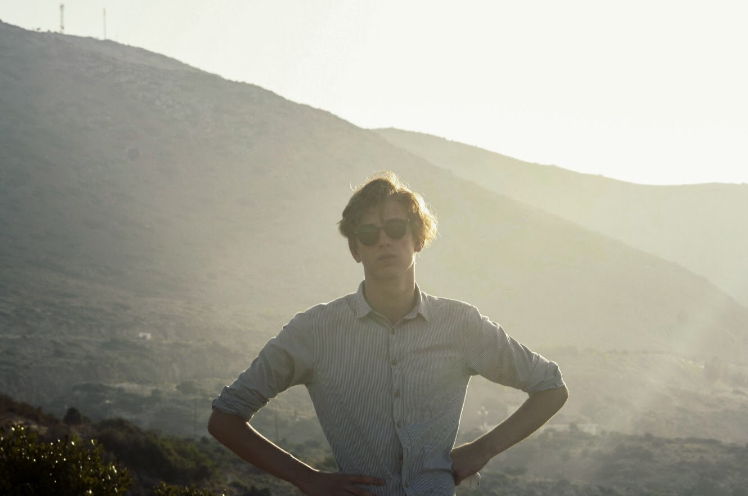 What first drew you into music production and House/Disco in particular?

the story of how I got to producing music goes back to like three years. This is the time when two of my best friends got me familiar with disco and techno music in general. At that time I only listened to house and tropical house. However, I started to get into Disco and Techno more and more and it became a passion of my friends and I. So, I decided to try and recreate some of the sounds I had heard which eventually led me into making my own music using Ableton.

If we had to describe your signature sound it would be “Old school with a twist”. Could you tell us more about how you managed to achieve that awesome signature sound?

Whenever I refer to Disco, many people think of the golden classics like (September of Earth Wind & Fire, or Boogie Wonderland,etc..) However, due to the possibilities we now have when it comes to producing music and generating different electronic sounds this created a new disco style, which is old school with a twist. Which is by far my favourite kind of sound as it captures the vocals of the golden classics but the way the track is produced is totally different(totally new). So, I started to focus on generating new sounds on old vocals which eventually led to the production of Night skyline.

Yes, I love to make different genres and I think that it is very important to try and produce the genres that you love as a beginning producer. I love making disco music because when I am producing that genre I can really vibe on the track while making it. And it is not a genre that gets boring after you listen to it a few times.

Your latest track “Cold mornings in Madrid” is your best track in our opinion! From its artwork to the Incredibly powerful sound we absolutely love it. Could you tell us more about the story behind this track? Also, what is your creative process like?

Actually, I made “Cold Mornings In Madrid” very out of the blue. Because I was thinking of making another track and I knew I wanted to make it funky but also kind of smooth. So, I sat behind my computer just messing around with some loops and drums when I made the first kicks and hats. Then I kind of hit a wall with what to do with the rest of the track because I could not find the right melodies and vocals. A couple of days later I was browsing through some loops and found a great sound to go with the drums. And after hours of tweaking and adjusting the track came to where it now is.

Listening to your music we can’t help but think of some of the greatest house producers in the world (Carl Cox, Laidback luke etc) Could you tell us more about some of your inspirations and why you actually started producing music?

After learning about techno and disco house I loved a few producers in particular. (Stephan Bodzin, Mall Grab, Adryiano, Floorplan, Agents of Time,etc.) these are the producers who mainly inspired me to try making my own music. However, The very first time I got acquainted with the program Ableton Live was because of one of my best friends (Victor Wascher) who showed me this program because I told him I was wondering how such music was made. So, after getting to know the program a little bit my friend and I got together and started messing around with Ableton. However, when I got home I continued to explore the program and I really liked it so, after watching dozens of tutorials on how to get started I began. And my friends gave me great advice after the first few tracks I had made which made me a better producer.

I have a couple of projects lined up but I am not sure where they will take me just yet. I want to try and focus a little bit more on producing disco and funky house tracks. So, there is something to get excited about!