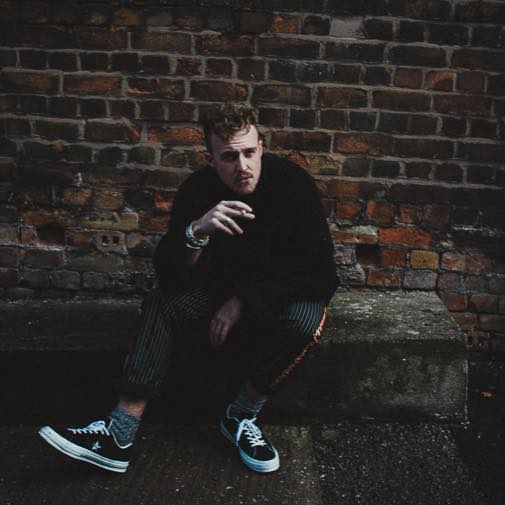 I used to glass collect in a Bar when I was 16 and they had a DJ upstairs, I always wanted to have a go on the decks so I asked the manager of the bar if I could give them a spin. He used to let me come in during the day to let me learn on the Technic 1210s. After a few years of learning to DJ a friend of mine told me about this course at Worcester University, so ended up studying Urban Music Production there. Which I got a degree in, then it just took off from there.

You are one of the best up and coming musicians we have encountered on the internet! And your track “Cocaine” is probably your best track yet! Could you tell us more about the story behind this track?

Thank you! Appreciate that, yeah so i struggled with what kind of music I wanted to make from 2017 after the whole “Jungle Terror” thing died out. After I went to Miami last year I was hearing allot of Techno stuff, and thought to myself it would be a really cool idea to fuse some of my old Jungle Terror sounds with Techno. And the first track I made with that mindset was Cocaine, and was really happy with the way it turned out.

I never really used to use many plugins really apart from Logics EFM1 and Alchemy. I mostly sample most of my sounds, some from quite random places. For example I sampled a Powerpuff girls villain for a drop on my track DTF with Virus Syndicate. Also have a track coming out soon that is made from Dog samples, so barks whigning and panting noises. Also a fan of sampling Horror movies scores at the moment.

I feel that in the last year, my music has started to sound way more professional, so now I spend allot more time layering and bridging everything together so everything rolls on nicely. It does take time but is really worth it in the end.

Ive always been inspired by Asian music and culture, mainly Chinese and Japanese. So I do try and incorporate that into my music quite often. To me I think Chinese/Japanese instruments are the most beautiful sounding in the world. I don’t actually play instruments, I can do basic chords but thats about it!

So right now I’m just trying to get my name back into the industry and release music consistently. I feel like I’m making the best music I’ve ever made so just want to show everyone what I’ve been working on,

Loads of new music is coming! So Techno Reload is dropping on the 14th Feb on Mimxash Records, My collab with Laidback Luke also on Mixmash will be Dropping in March, a bunch of Indi releases also my track with UK grime artist Grim Sickers will be dropping on Skink sometime in May.