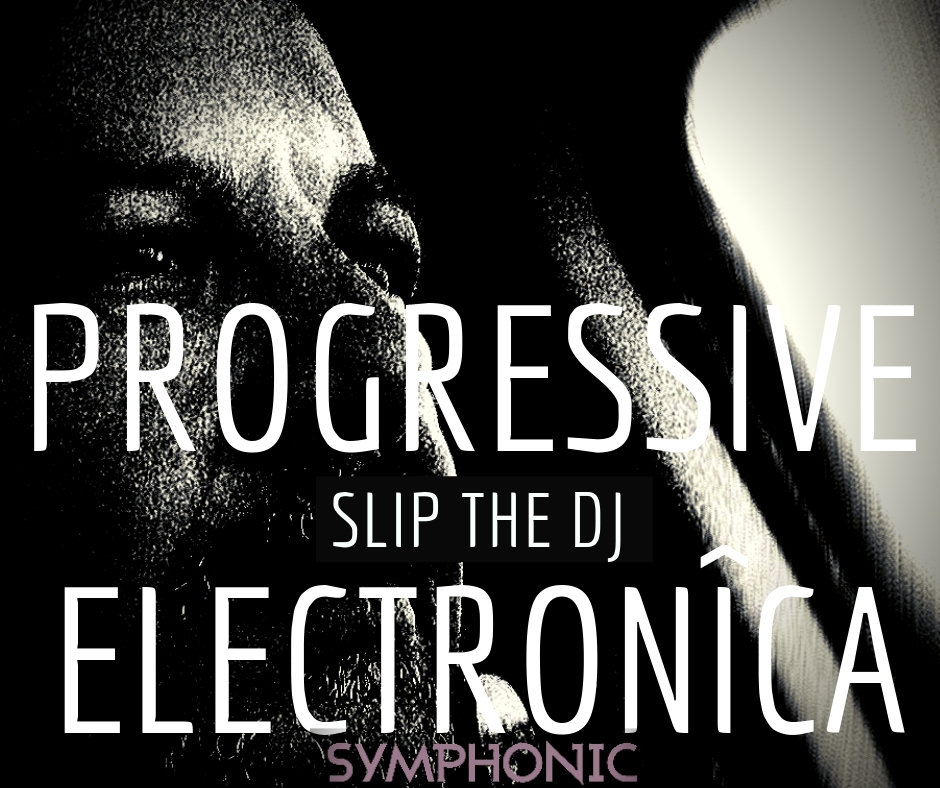 Well that is a great question. I guess it started in when I heard my first electronica song. I was hooked went from listening to nothing but rock to techno all day every day.. I couldn’t get enough. That lead to me the very non-social person being put into social situations. So I began to get into the art of beat mixing. Back in the 90s we had 2  turntables and a  sampler  that would hold about a second of audio, Dj Troll (the guy who taught me was doing some awesome layering of top 40 stuff with hard techno as a base… So that us where I began my producing really, live in a late night club in new orleans making something new out of two records and a 1 second sampler.

“Slip the DJ” is a very unique producer name, how did you choose that name? Any special meaning behind it?

Well I guess  we have to go way back with that one. When I was learning to dj there were not a lot of dj’s around. Maybe 10 at the most in my area, we were a very tight bunch. There was a rule you didn’t get to pick your name the guy teaching you would give it to you when he felt you were ready. So one night when I was lugging the 3 crates of records up a flight of stairs I “slipped” and dropped em all and Dj Troll screams “Slip” that’s it! Fast-forward through retirement and now the comeback and I need something that was unique. So sitting at Jerry’s house came up with several versions. It started as Slip the DJ something good then morphed into a name that could follow me as I begin podcasting, blogging and other things .. so slip the dj , slip the blogger, slip the podcast was born. Plus it bugs the wife so that’s a bonus lol.

Yeah I have about a 20 year span of music on there. My absolute favorite is anything progressive. Im still not used to the 5000 genres electronic music has subdivided itself into, I was used to house, trance, breaks and jungle.. It is funny that on each release I put an older title as part of the ep and they have done very well in club play. So if it moves builds and breaks to something spectacular I like it..

Your latest track “Set me free” is your best track in our opinion! From its artwork to the Incredibly powerful sound we absolutely love it. Could you tell us more about the story behind this track? Also what is your creative process like?

Thank you very much. I did the artwork myself as well. This track is my breakaway track. Since I have comeback to producing I noticed I was trying to fit into todays new break sound and then I noticed I was grabbing edm styles and still had one foot in the past trying to reproduce an old sound that was great way back when. I really saw it in (Tell Me an ode to funkwax) needed to zero out, So I took 2 weeks to relax and just listen to different types of music from pop to big band to hardcore wrap. What I got was is what I believe is a brand new sound and style that has already carried into my next two tracks. Now about the track it actually started as a downtempo angry thinking song. My process is two stages the what I like to call “crazy madness of creating “ and the producing or translating a very chaotic process into something to be heard by others. So this song is about that relationship that wont end and just destroys everything it touches, and the synths are meant to convey an uneasiness and the big builds represent the anger building as she tries to escape. The beginning Is meant to be the chaos she feels in the relationsghip. It is a layered build of things that shouldn’t go together musicly lol. And somehow this monster track was born I to think it is my best yet It is the new style of writing I have been searching for since my return.

I would like to get back into the live aspect of performing again. The scene has changed so muxh and I enjoy the new energy.

Well I am glad you asked. Set Me Free is set for release on April 14th wordwide, which I am excited about. I have 3 more tracks in development and will be posting the pre-release copies soon on soundcloud. They each live in the same space what I am calling : progressive electronica: so look out for “ April’s Song” next! Month as a dj promo release on Soundcloud.

Connect With SLIP THE DJ: