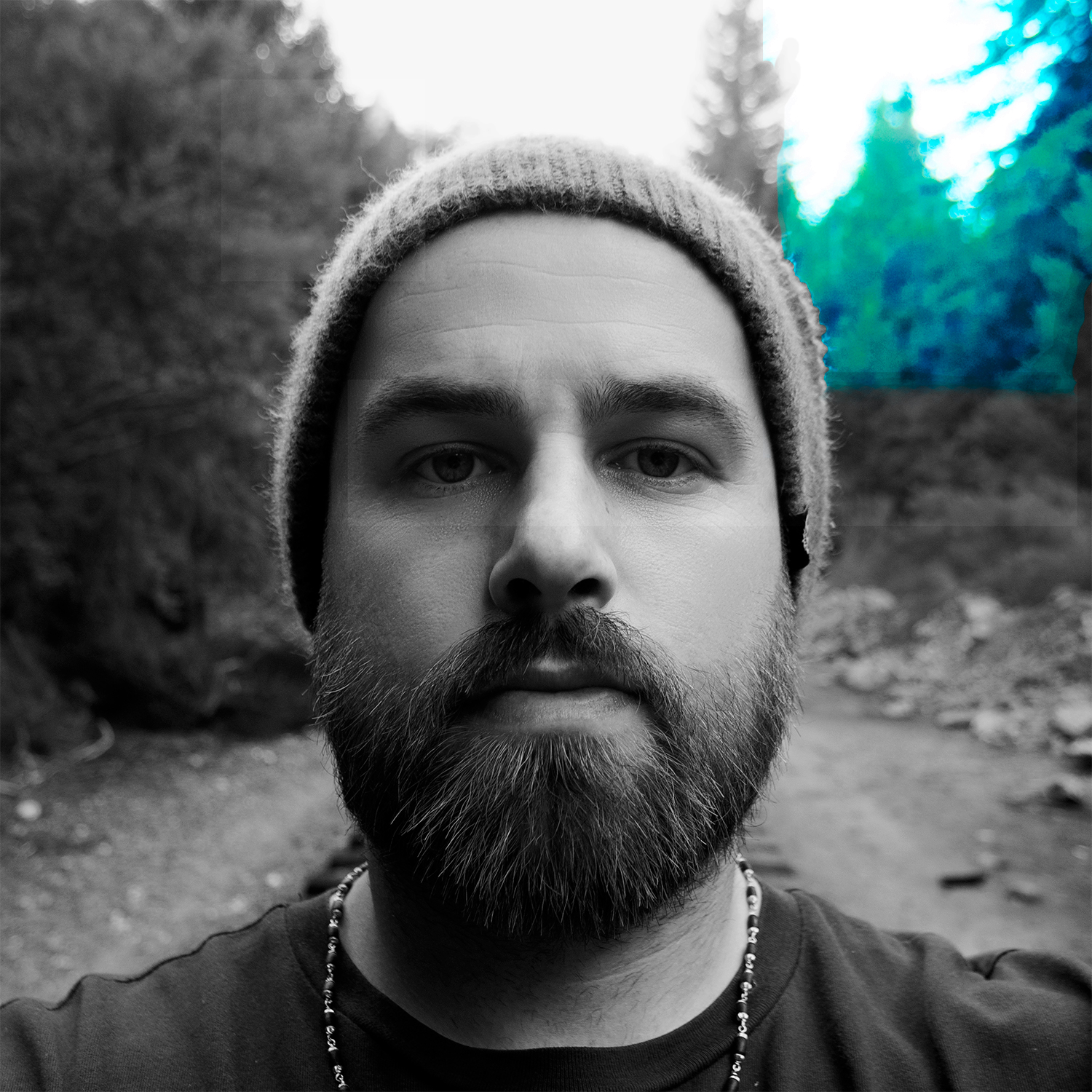 What first drew you into music production and chill/experimental in particular?

While I was in college at Otis College of Art and Design, 2010-2013, I was going to a lot of raves, music festivals, and small shows around LA. Me and my friends were REALLY into Dubstep, it was most of what we listened to. During that time I was only making visual Art (painting, drawing, photography and installations) but I loved music and had an interest in learning how to produce but would always tell myself, “I am a visual artist, not a musician or music producer,” and “It will take too long to get good.” I accepted that reality for my self all through college. At some point between me graduating in 2013 and my 5 week trip to India in 2014, I said “F*** that!” and decided to embark on the journey and teach my self how to produce music and play the piano. Although I still make visual art, my main focus is my Music and any Art that I make is used for my music. I think because I listened to Dubstep so heavily for so long I kind of lost curiosity in it and wasn’t drawn to it that much anymore, at least not enough to invest so much of my creative energy and time into it. I think I got a little tired of the hyper energetic, super heavy tracks that make you head bang, mosh and lose your mind. I was curious to explore something different. Besides that, the melodic, chill sounds just came more naturally to me and it feels more fulfilling to me personally.

We have never heard future bass fused with ambient/chill before. What inspired you to fuse those two genres together in your latest track “WATERSKY”? How did you make these two genres sound so good together?

I try not to think about genres too much when I’m making something. When ever I’ve tried to make specific genres in the past it wouldn’t sound like the genre I was attempting to replicate. I would get frustrated and hard on myself because I wasn’t able to replicate the genre well enough, in my opinion. It also never felt right to me to reverse engineer and copy other people’s tracks as a way of learning. As a result of that frustration and reluctancy to copy others, I practiced making music that was based around a feeling rather than a genre or another artists sound. I never try to create specific genres anymore, I try to create feelings. If those feelings happen to fit into a genre or combine more than one, Awesome! Ultimately, I think it is my need and desire to express myself honestly and in a way that is uniquely true to me that inspired me to unintentionally fuse Future Bass and Ambient/chill.

Yea, up until recently I was on the fence about whether I wanted to stick with making music that is more chill or more energetic. That is why there are different types of genres, I was unsure for a while. Since the end of last year I decided that I like making the more chill and melodic vibes better, I enjoy making it and it just feels right to me. So that’s the direction my music will be going for the foreseeable future.

Your latest track “WATERSKY” is your best track in our opinion! From its artwork to the Incredibly powerful sound we absolutely love it. Could you tell us more about the story behind this track? Also, what is your creative process like?

Well I started “WATERSKY” while some really heavy personal stuff was happening in my life around mid to late 2018. There was a lot of sadness, worry, fear, uncertainty and frustration flowing around. Pain has a very interesting way of fueling creativity like nothing else can, if you allow it to. So I first found these chords and made a little progression that I liked. I like the feel, it sounded it and felt right. Next I found this sweet, weird perc sample you hear in the intro that sounds like water drops and metal pieces moving around. That sample made me slightly delay some of the snares and it gave it something different for me. I loved it and that kind of set the vibe for the track. Where I go from there is developing that feeling that I hear and feel in the song. The way I would describe it is a process of exploring and experimenting. It’s like chasing a feeling that you hear in a forest (Your DAW) and you’re trying to catch it, but in order to catch it you have to make a net made out of materials from the forest in the most creative and cohesive way possible. In terms of synths, sometimes I design my own sounds, sometimes I go searching for random presets. There is something about looking through random presets and finding sounds I would never have thought to make that I really enjoy. It Just depends on how I am feeling at the time.  In its early stages I actually sent the track to one of my friends (Parahdise/ @feelsbyparah) to see if he wanted to mess with it. He never did, and so I made “WATERSKY”.

I was never trained professionally in any Instrument but I play the piano. As a kid and still today I play a two-sided Indian drum called a Mrdanga. It wasn’t until I graduated Art school in 2013 that I started to teach my self to play the piano. The only formal training I had in piano or anything regarding Music was a Piano 1 class at Santa Monica Community College. Other than that, I bought books and got my hands on sheet music and started practicing. At some point I stopped practicing reading sheet music and spent more time improvising on the piano. I enjoy improvising more but lately have been feeling like getting back into some sheet Music and practicing some Classical Piano.

Aside from putting out a bunch of new music and visuals made by me, I am going to be launching my website (offdayz.com) within the next month. I am planning on starting streaming live DJ Sessions (The FroggySyle Sessions) on Twitch and live production sessions eventually. Then in the Summer I will be releasing an EP. There will be a lot to look out for!

Connect With Off Dayz: