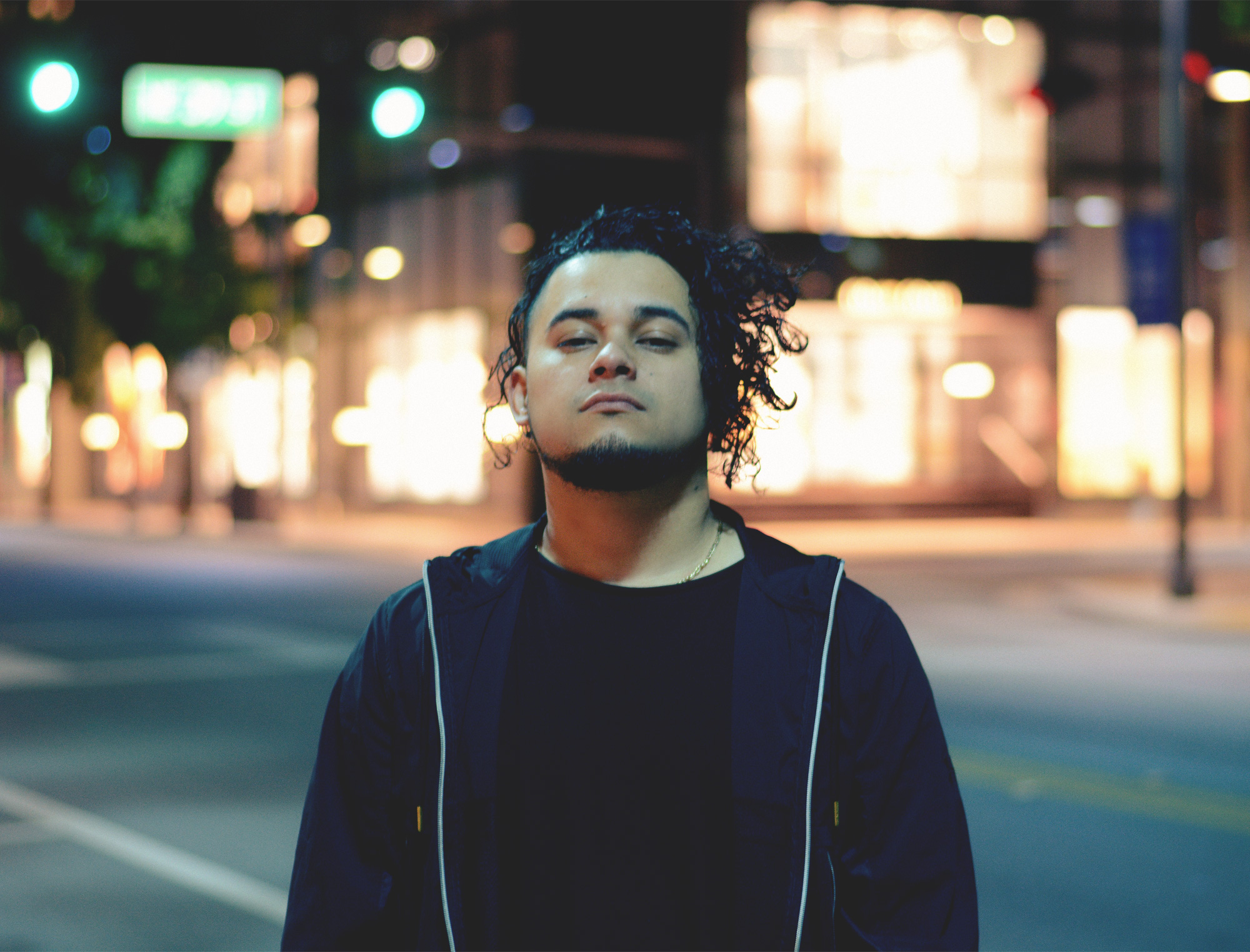 Ever since I was young I was always drawn to music whether in bands or doing it on my own, I had to be involved one way or another. I always enjoyed electronic music but never thought too much of it. But it wasn’t until around 2012 on my way to a band practice that my bassist at the time was blasting Sofi Needs a Ladder by Deadmau5. Something in the song’s timing caught my attention, I got goosebumps and it was pretty much at that moment when I decided I needed to be part of the electronic music world.

NAYBR is a unique producer name, how did you choose that name? Any special meaning behind it?

When I’m on stage, or in the studio, I often feel like a different person. NAYBR is my alter ego when I’m “In The Zone” so to speak. But to be completely transparent with its origins, NAYBR is just an anagram of my first name, Bryan. It’s funny though, some people will know me by my artist name for years and not realize that it’s just an anagram of my name. It’s still fun to see their mind blown, it never gets old. Also, for the record, it’s pronounced “Neighbor” ( /ˈnābər/ ).

Bass music and industrial in particular is known to be as one of the most complex genres to produce, how did you manage to develop such great mixing skills in such a short time? Also, what is your studio setup like?

So, when I first started producing electronic music, my inspiration and aim were geared towards House, Moombahton, Global Bass and Dubstep. Interestingly enough, the feedback I got from my music was that it sounded more like metal, and too heavy or choppy for dancing. Looking back, it feels like I was trying too hard to fit in with the EDM movement and not being myself to the fullest. After a few years of honing my skills, I basically stopped trying to fit in with a popular sound and went on to create whatever the fuck came out of my head right at that moment. Nowadays the response I’m getting from my music is that my timing and groove sounds like a mix of Rezz, Gesaffelstein and KoRn. I grew up listening to KoRn basically every day of my life and I still do, so that makes a lot of sense. Some call my sound Mid-Tempo Bass, some call it Future Techno or Industrial Techno, I just call it Dope As F**K haha.

As for my studio setup, I like to keep things simple. I’m running Ableton Live 9 on a Mac Pro tower from like 2010, with all stock plugins. The only synth I’m using right now is Xfer Serum. For studio monitors, I have two KRK Rokit 5s.

Your latest track “Depth charge” is your best track in our opinion! From its artwork to the Incredibly powerful sound we absolutely love it. Could you tell us more about the story of this track? Also, what is your creative processes like?

First of all, thank you guys at HBT Magazine for listening and supporting the track! Depth Charge is definitely one of my favorite releases as well. I produced this one together with Everettz, a very talented up and coming producer from Portland, Oregon, you guys should definitely check him out. I don’t remember exactly how we met online, but he reached out to me with a simple unfinished track idea. Later on, I added my signature bass sound along with some other elements. We sent it back and forth for a couple weeks until it was a final product. I’m really proud of the way Depth Charge turned out, and we’ve been getting a ton of positive feedback which feels great.

Honestly, I don’t see any one track having the same creative process. Sometimes, I’ll be listening to the most random song, and inspiration will smack me right in the face. It’s those moments that I need to just jump on my DAW as soon as possible and build the idea before it gets lost. Another tip would be to draw inspiration from as many resources as possible. For example, I get a ton of inspiration from watching movies, photographs, designs, and even genres of music that have nothing to do with EDM such as Nu Metal, Black Metal, Djent Metal, Classical, Jazz, etc.

My career goal is to make a living touring the world and making music. I want to pioneer this new sound and break rules getting there. On a short-term scale, I’m targeting my focus on releasing music with labels such as OWSLA, mau5trap or Kannibalen.

Yes absolutely!  I’m currently working on my next EP titled “UNAPOLOGETIC”. It’s gonna be lined up with 4 bass-heavy mid-tempo tracks. Like I said before, imagine KoRn, Rezz and Gesaffelstein had a baby.. that’s my UNAPOLOGETIC EP in a nutshell. My team and I will be releasing preview mixes, live-stream listening parties, sample packs,  and other goodies before it drops!

Be among the first to get your hands on NAYBR’s UNAPOLOGETIC EP sent directly to your inbox!

Follow NAYBR on social media for all the latest news & updates.