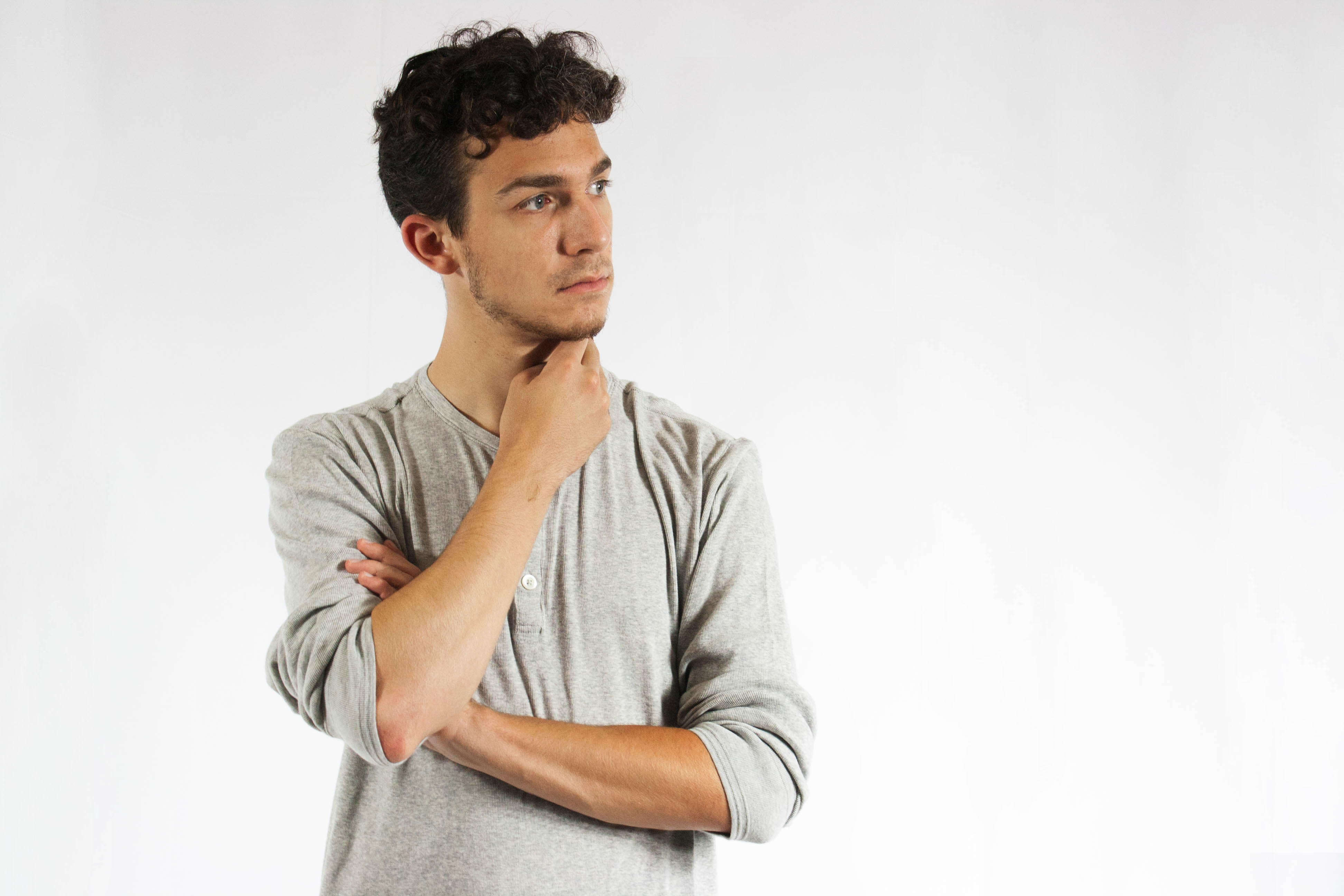 This for me is a 2 part answer: The first is such a typical answer, but Skrillex (laughs). I had already been writing songs for a few years prior to getting into electronic music, but then I got into the electronic scene in 2011 and saw Skrillex play at Terminal 5 in Manhattan in 2012. That show was crazy! I remember saying to myself in the middle of his set “I have way too much energy to not be doing what he’s doing up there” and the rest is history. The other part is the concept of sound design. Everyone gets the same default settings for plugins like Serum, Massive, Sylenth, etc. But the really cool thing to me is how unless you directly copy someone’s adjustments to the plugin, that sounds is yours. To me, electronic music has a deeper more personal connection between you and the music than any other genre of music for that specific reason and that’s a huge reason why I started producing.

You are one of the best up and coming future bass producers we have encountered on the internet! And your latest remix of “Trollabundin” is one of our all time favorites. How do you know if a song is a good candidate for a remix? Also, what is your creative process like when making a remix?

Thank you so much for the compliments, I really appreciate that coming from you! A lot of my stuff sounds geared towards the future bass sound, however, I aim to be strong in as many forms of electronic music as possible, doing this has really helped strengthen my ear. This includes smashing different types/genres of music together, like the Trollabundin remix, which was so fun to make! It’s basically a cross between Tribal and Trap with a little bit of other stuff sprinkled in between. In regards to determining what makes a track a good remix candidate, there are so many talented people out there that everything is basically a candidate at this point. For me though, it’s all about hearing a song and being able to build ideas for it in your head before even sitting down to work on it. With Trollabundin for example, Eivor did such a tremendous job writing the original and setting an atmosphere that I was almost scared to remix it! So instead of changing that atmosphere, I decided to build on it and I’m really happy with how it turned out. In regards to my process for making a remix, it’s never the same. Sometimes I mess around with a synth or a piano or a specific remix stem and something clicks, sometimes I write a beat and fill in the gaps, sometimes after I hear the original song in the car I get an idea in my head and immediately put it down when I get home. I never know what’s gonna happen, which I consider a good thing.

Your track “United” is another great example of how capable you are as a producer! The mixing is on point and the melodies/ideas are out of this world! Could you tell us more about your studio setup and some of your favorite plugins?

Sure. So I used a bunch of plugins in the past but 2 of my favorites are Serum and Massive. Massive was the first plugin I used where I actually understood what I was doing, it made things easy for me to jump into the whole process of sound design as well as dissecting sounds. But the main program I use currently (until I get Massive X) is Serum. Serum took what Massive did and simplified it, it also gives me as well as many other producers more tools to use. I love it. My home studio setup consists of a pair of KRK Rokit 5 speakers, a 2018 Macbook Pro with Ableton 10 on it, a 2010 Macbook Pro with Ableton 8 on it, a pair of AKG K 141 Mk11 headphones, an Alesis Q49 Midi Keyboard and a Yamaha YDP-160 Digital Piano. I also work on stuff at a studio called “Cove City Sound Studios”, which is heaven on earth for me and have almost everything imaginable at their disposal. So many famous artists/bands have worked at that studio like Dream Theater, Jon Bellion, RZA, Ray Charles, Jennifer Lopez, Mariah Carey, Celine Dion and NSYNC that I feel like I have to live up to that standard of greatness. Some of my best work was done there.

Your signature sound reminds us of the sound of some of the greatest Future Bass/Tribal producers in the world (San Holo, Flume etc). How did you manage to achieve such a professional sound in such a short time? Can you tell us more about your musical background?

What an honor to be compared to those 2, thank you! I started writing music 10 years ago when I was 16. When I was 16 and 17 I was accepted to the “Bard Conductors and Composers Graduate Student Program” both as the youngest person ever to be accepted to their program and as the youngest person ever to be accepted to their program for consecutive years. Shortly after the second year at Bard’s program, I started writing commercial music for a furniture company called “Ethan Allen”, I worked for them for about a year. I then started producing in late August of 2012 after buying Ableton 8 and it’s been an incredible journey since. My main inspirations are the Beatles, Yes, Daft Punk and MANY different composers like Mozart, Beethoven, Stravinsky, Mahler, Schubert, John Williams, Martin O’Donnell and a lot more. And that’s a good question: I’ve stuck by the same motto since the very first time I opened up Ableton 6 years ago, 7 years in a couple of months: “Get Better Everyday”. I love music more than anything in this world, I love making it, playing it, sharing it, everything about it. I want to make music for the rest of my life and in order to get there you have to practice, you have to try new things, you have to keep going no matter what and most importantly you have to have fun. I want to perform all over the world, work with so many fellow artists and producers, release music on major labels and do it all for a living. The thought of those goals alone has pushed me to where I am now and where I’ll go in the future.

Your music always shines when it comes to melodies! Do you play any real life instruments? Are you professionally trained?

Yeah, so the main instruments I play are flute and piano. I’m classically trained in both, having 15 years experience playing the flute and 10 years of experience playing the piano. I’m also classically trained in writing/composing, music theory and music history. I’ve had a few private teachers between high school and college and I went to college at Nassau Community College for Music Performance. At NCC, it was required to play a recital piece each semester, meaning you have to play a song (some being several movements long) with your main instrument in front of the entire music department. I studied a lot of French flute pieces and composers during my time at NCC, which definitely influenced how I currently write my melodies. I also sang in a couple of choir groups in both high school and college.

What are your goals for this summer? Any upcoming projects we can get excited about?

So my main goal for the summer is to continue to get better. I know it’s cheesy but I’m never gonna be satisfied with where I am at any point and know I can learn so much more as I continue my musical journey. I’d also like to release a couple of songs soon, it’s been a little while since I put out anything myself and a little longer than that since I released an original. Speaking of releases, I worked on a project that just got released on June 26th by my good friend Jack called “Summer Playlist”. I produced 4 of the 6 songs (“Listen”, “L.O.V.E.”, “My Girl” and “Coachella”) and love the release as a whole. That record is one of my favorite things I’ve ever worked on. Right now I have some tracks in the works with Emily Rath, INRVISN, NOHC, Wxlfman and Duobis while also finishing a couple more remixes for some artists I can’t mention yet. I’m also currently producing some songs for a few singers/songwriters/rappers that I can’t discuss much more about yet. What I can tell you is almost all of these projects are different from what I normally do and I’m really excited for them to get out there for everyone to hear!

HBT Chats With Capri
Catching Up With Mike Redfields