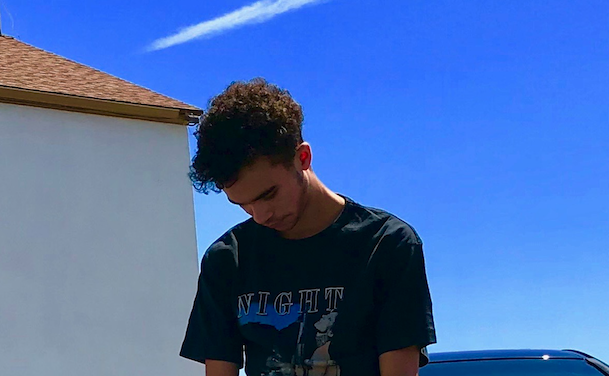 I started making EDM in 2012 trying to be like Diplo or some shit but when I got into high school I started listening to more rap music and other producers. I got into Travis Scott, Kid Cudi, and Kanye after the My Beautiful Dark Twisted Fantasy album.

I also got really interested in finding new music on SoundCloud like Whereisalex, Oshi, and West1one. I listened to them a lot and I think thats what led to me making rap.

Your track “Under Pressure” is very modern and the lyrics are amazing! How did you achieve such a great signature sound in such a short time? Also, what is your creative process like?

Thank you glad you like it. Under Pressure is funny because it’s true. I was in LA with my homies and we got our shit beat. The fools were old as hell too defiantly upward of 35, I still don’t know why it happened.

Anyways, like a day later I listened the Under Pressure hook I recorded couple weeks back and wanted to write the verses about that night. Thats one of the only songs where I wrote about a specific day,

I usually write about how I feel and just about things that I think people will relate to. My sound right now is just a mix of different music I listened to with my own take. I really like drums so I’ve always been trying and adding new patterns and I think that’s how people recognize my beats.

You have recently released a track titled “Cookies” The track is a modern Hip-hop/Trap fusion and we wonder if you plan to release more trap sounding tracks in the future?

Yea, I don’t think I make trap music but it’s defiantly inspired by it. That song was easy to write because I didn’t have to think that hard. I really like the type of melodic rap that’s out and think there are a lot of people taking it far. My new music is definitely with the new rap wave.

Right now I’m just focusing on collaborating and working with people from where I live. I think working with other people really helps you grow in producing. I have a group of friends that produce and rap and we can just hit each other up with ideas and beats its cool. In the future, I hope I’m still be making beats and having the same energy I do.

Eventually, I want to get into doing live sets and doing shows. Also, I want to release an instrumental tape on my Herbie Hancock shit.

This summer I’m dropping a project Sir Air I’ve been working on the past couple months. It took me a minute to get some sounds right but I’m very happy how it’s turning out. If you like my music I have out now I think you will really like Sir Air. I’m gonna drop it in July.