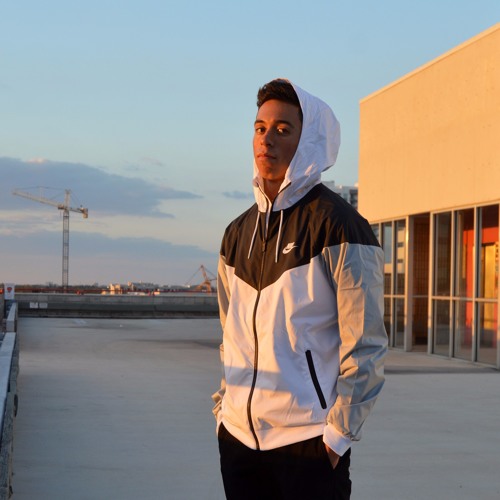 What first drew you into music production and hip-hop/Trap production in particular?

I’ve actually been on Soundcloud for quite a while, ever since 2014, I used to follow a bunch of artists and listen to a variety of music, ranging from EDM to dubstep. However, In 2014 I found Trap music through a Youtube Ad, playing a song called “Ball So Hard” by Hucci & Stooki Sound. This type of style with hard hitting drums and catchy melodies got me hooked instantly. Being a listener for about a year to this new genre, I recall making hella playlists on Soundcloud having hundreds of tracks of just straight Trap beats. To my surprise, these playlists would actually draw attention from others and I somehow managed to build a small following because of the playlists I was making.

All of your beats/tracks are a great example of how capable you are as a producer, How do you come up with ideas for tracks? Who are your inspirations?

It really all depends on who I’m listening to throughout the week to put me into that mood or type of style I want to make. I like to make the type of music that’s hype, something that you can turn up to, vibe to, and just have a good time listening to it. As for inspirations, this can change throughout the time, but if I were to name a few they would probably be Wondagurl, Eestbound, Southside, Metro Boomin, TM88, 6six, C-Sick, C.N.O.T.E, 40, Mike Will Made It, Boi-1Da, Mike Dean, and many more.

Who is your favorite artist/producer?

I think my favorite artist/ producer will always be Wondagurl. She always finds the perfect way to catch the attention of a listener with her crazy sound selection. You’ve probably already heard her music before without even knowing it as she produced for lots of rappers, mainstream or not. Basically, everything she puts out is insane and although she keeps herself behind the scenes, she usually has heavy influences on my sound. I respect her hustle and she’s probably one of the hardest producers out of Toronto.

Going over your Soundcloud profile we can tell you are a very hard working guy, How do you manage to release so many beats and maintain your signature sound and quality?

I actually have two Soundcloud accounts, my main @cosmicbeats, and my second account @prodbycosmic. The purpose of me making a second Soundcloud was to put the extra beats I had just laying around on my computer, usually rap beats and such. At the moment I actually have A LOT of unreleased music that I plan to release either through placements or the instrumental itself. To be honest, I don’t really know how I was able to make a lot of beats in the past with such little time on my hands. I remember I was only given Fridays nights and the weekends to work on music because I was simply too busy throughout the weekdays with school and sports. With this in mind, I constantly found myself looking forward to the end of the week and there were some nights of me staying up hella late working on beats. My advice for other music producers is to go by the idea of quality over quantity and just have that grind mentality.

You are only 17 and already achieved a very professional sound! Care to share more about when you started and your journey this far?

It’s actually kind of random how I started. I was like 14 toward the end of my freshman year at the library during finals week and I was supposed to be studying but instead, I was on the computer looking at beat making software’s. I came across FL studio 12 and it looked pretty easy to use so I downloaded the demo as soon as I got home. I practiced using the demo by myself for a couple of months and I gotta admit, it was kinda rough at the start. At one point I even gave up on trying to teach myself because I thought this was just too hard to use. Then ironically (this was in the summer btw) as school was starting up again I got motivated again to practice more and watch tutorials this time and eventually, I got the hang of it. Having an ear for music really helped me. I would’ve never known that I would build a fan base from this. Ever since, I’ve been grinding, growing my fan base on the daily and working on other platforms such as Youtube, Spotify, and Apple Music to expand my audience reach. Specifically, YouTube has been a HUGE help with getting my music heard. Channels with thousands to millions of subscribers have used my songs in their videos alongside famous public figures. I also have been giving the opportunity to work with the artists/ producers I used to have in my playlists back when I didn’t even make music. Plus, the amount of people I’ve met through this Soundcloud community has been extraordinary. It’s crazy because there’s some people I’ve seen actually make it and become big by making moves in the actual music industry.

What are your goals for the New Year? Any upcoming projects we can get excited about?

As of now, I mean, I’m just going to keep on doing what I’m doing, because it’s clearly working. New music every week is the goal and to continue building my fan base and an image for me is what I’m working on at the moment. Hopefully, I can one day become mainstream and produce for your favorite artists and such. Also, I eventually plan on DJing/ booking shows (as I have been asked before), make merch, and work on building more connections and linking up with people rather than sitting behind a  computer screen. I have been working with this producer named Danny Wolf, huge shout out to him; he’s the man when it comes to connections and networking. He’s also a sick producer with multiple placements… always using wild sounds with his beats. I definitely plan on releasing songs with him in the near future with other artists as he helps me with getting placements and such. For motivation, I always keep in mind that with this music thing, anything can happen in such a quick time, hits can happen overnight, meeting that right person or being there at the right time to get you that one placement, can certainly change your life instantly. I always remind myself why I make music too, not for the money or the fame, but rather for the love of it and the realization that it’s a passion for me. I would like to also thank God and the people who supported me from the start for getting me where I am today and I’m blessed to be able to put music out there that people can appreciate and bump on the daily.