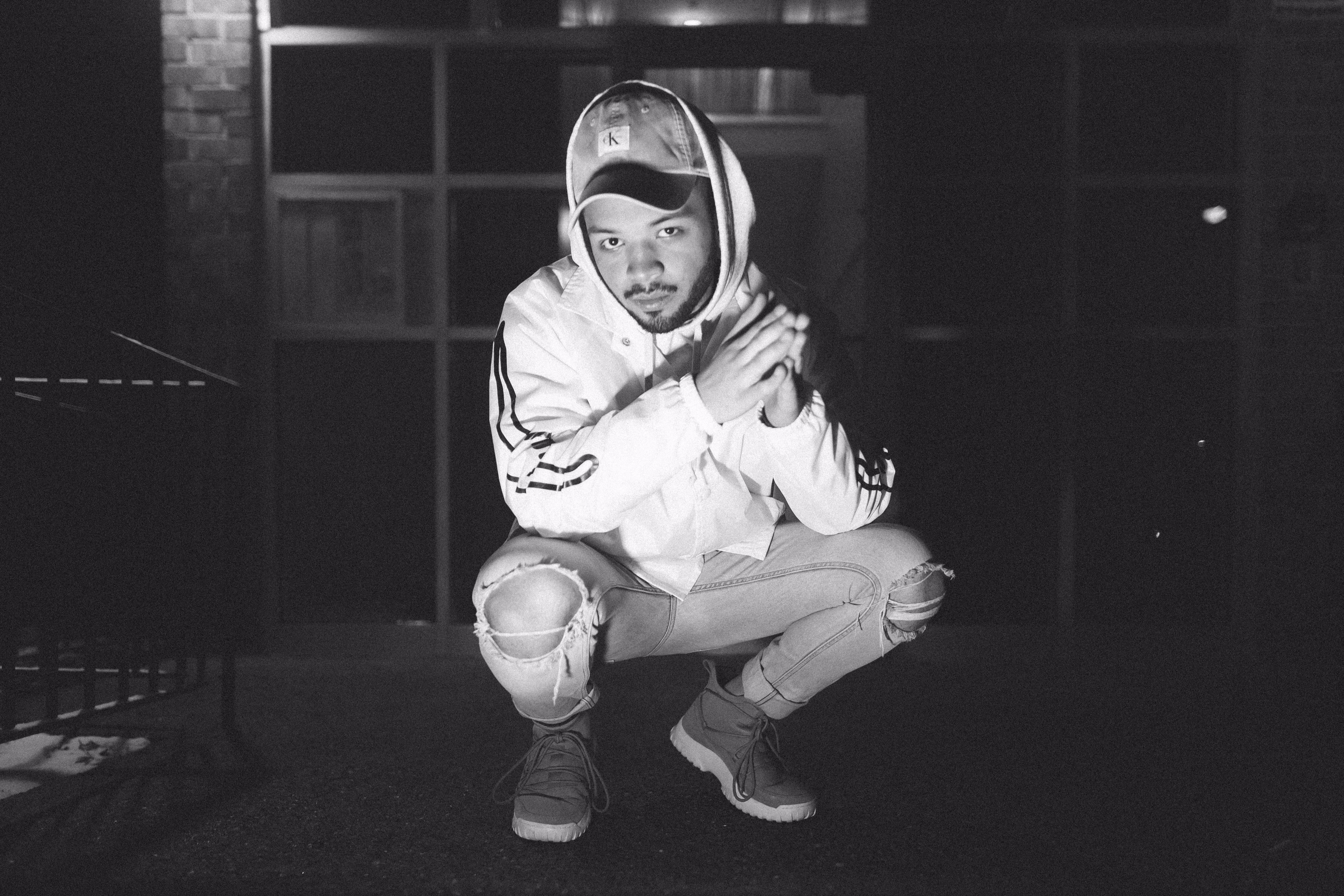 What first drew you into underground music?

Underground music is where it all starts and there are endless amounts of really really good music that the world doesn’t see now but will and I think that’s important. You get to meet the pop, rock, and rap stars before they blow up and when something like that happens it’s like seeing a solar eclipse – it doesn’t happen very often. I’ve seen and performed with many acts that either has made it or I’d give them until 2018 for them to blow up completely and that’s exciting.

Your latest track “pulse” is one of the most innovative tracks we have heard in the last couple of months. We can’t help but wonder how you come up with such complex ideas, care to share more about your creative processes?

When I was making this track I knew I wanted to make it a future bass track but make it as dark and as open as possible while maintaining that “dance- club” feel so I could really dig deep into whoever is listening bring out their inner bass head. I also just wanted to make a dope track that Diplo or Malaa or anyone really would play at their shows.

You have opened for mega acts such as The Chainsmokers and Dave East. How was it like working with them?

Dave East I didn’t get to meet he pretty much came and went for his performance and I opened for the Chainsmokers when they just came out with #Selfie so they were really cool when I met them I’m sure they still are but it’s amazing to see where they’ve come since then but with both I could tell how much they do what they do for their fans and I love seeing that in an artist.

You and your sister throw a lot of underground music events in new jersey, Can you tell us more about the events and what it takes to arrange these events?

We throw these events to show everyone what we’re about and what we bring to the table and that we’re here to make an impact in the industry and overall just accomplish our dreams but will all seriousness aside throwing events is a great way to network, collaborate, and expose yourself to the underground community and eventually to the mainstream community which is what we’re all trying to do at the end of the day.

How would you summarize 2017? Any upcoming projects we can get excited about?

2017 was the inaugural year I would say for both my sister and I for what we’re both trying to do. I think we both figured out what it is we are and what we need to do in order to be who we want to be so now we’re just go-getters. We threw 4 of our own events with a bunch of amazing artists from this area including DJ Sliink and I got to perform with people like Dave East, Mir Fontane and 070Shake. Now to top it all off I have my first project called “Szn7teen” coming out (hopefully lol) at the end of January which feature “Pulse” along with 5 other really dope tracks that I’m excited about I think a lot of people will like it it’s really different which could be good or bad but we’ll see lol.

It’s good! Who can you trust more than family? It’s easy to communicate ideas and stay organized because we’re both comfortable enough to hold each other accountable which is important. At this point I don’t really see myself doing it with anyone else.

In 2018 our main goal is putting out music and collaborating with other artists and also put out a new series of events starting in the middle of the year. If more of my songs do as well as Pulse is doing I don’t see why we can’t go even further this upcoming year so I’m excited for 2018 to start for sure.

Continue Reading
You may also like...
Related Topics:EDM, Interview, interviews