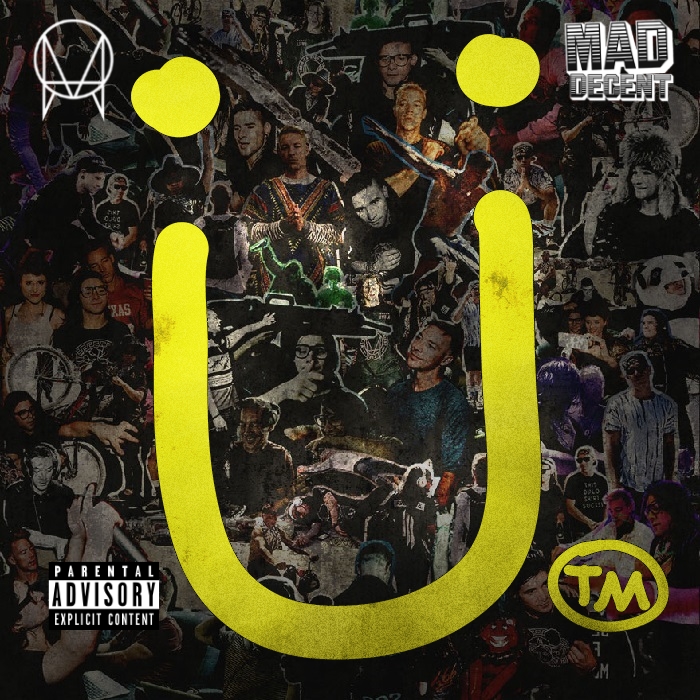 Jack Ü, a collaboration between EDM mogul Diplo and dubstep superstar Skrillex, has had an interesting year. In the past few months, the duo has gone from being allegedly booed off stage at Burning Man for playing Turn Down for What – a claim that was later refuted by Diplo himself – to raving 2014 away during their New Year’s Eve set at Madison Square Garden. In 2014, Jack Ü released Take Ü There featuring Keisza on vocals, and the response was overwhelmingly positive (even winning the Guardian’s Song of the Week) – now the group’s debut album, Skrillez and Diplo present Jack Ü, is here and is any fans dream – almost.

The majority of the album is a solid sonic experience, it skillfully spans several subsets of EDM – from the far out tones of To Ü featuring AlunaGeorge to the heavy hitting beats of Jungle Bae featuring Bunji Garlin to the chilled out Where Are Ü Now featuring Justin Bieber, which, considering Bieber’s background, is a surprising hidden gem. The album is held back from greatness, however, by its first couple tracks. Beats Knockin featuring Fly Boy Keno sounds suspiciously reminiscent of Diplo’s 2012 twerk anthem Express Yourself, and Febreze featuring 2 Chainz incorporates many of the same mainstream rap influences that supposedly displeased the crowd at Burning Man and caused them to end their set early. These two tracks are slightly disappointing and left a bit of a sour taste in my mouth at start of the album.

That being said, this work is definitely a must buy for any long-time fan of either members of the duo, and I do hope that the group ends up pumping out more studio work. Hopefully Jack Ü will manage to further refine their style and build upon the good foundations that they set in this album, releasing more refreshing, original, and collaborative tracks in the months and years to come – they most assuredly have my ear now.

Why Everyone Should Love Dance Music
All Festivals, Great & Small: Creamfields