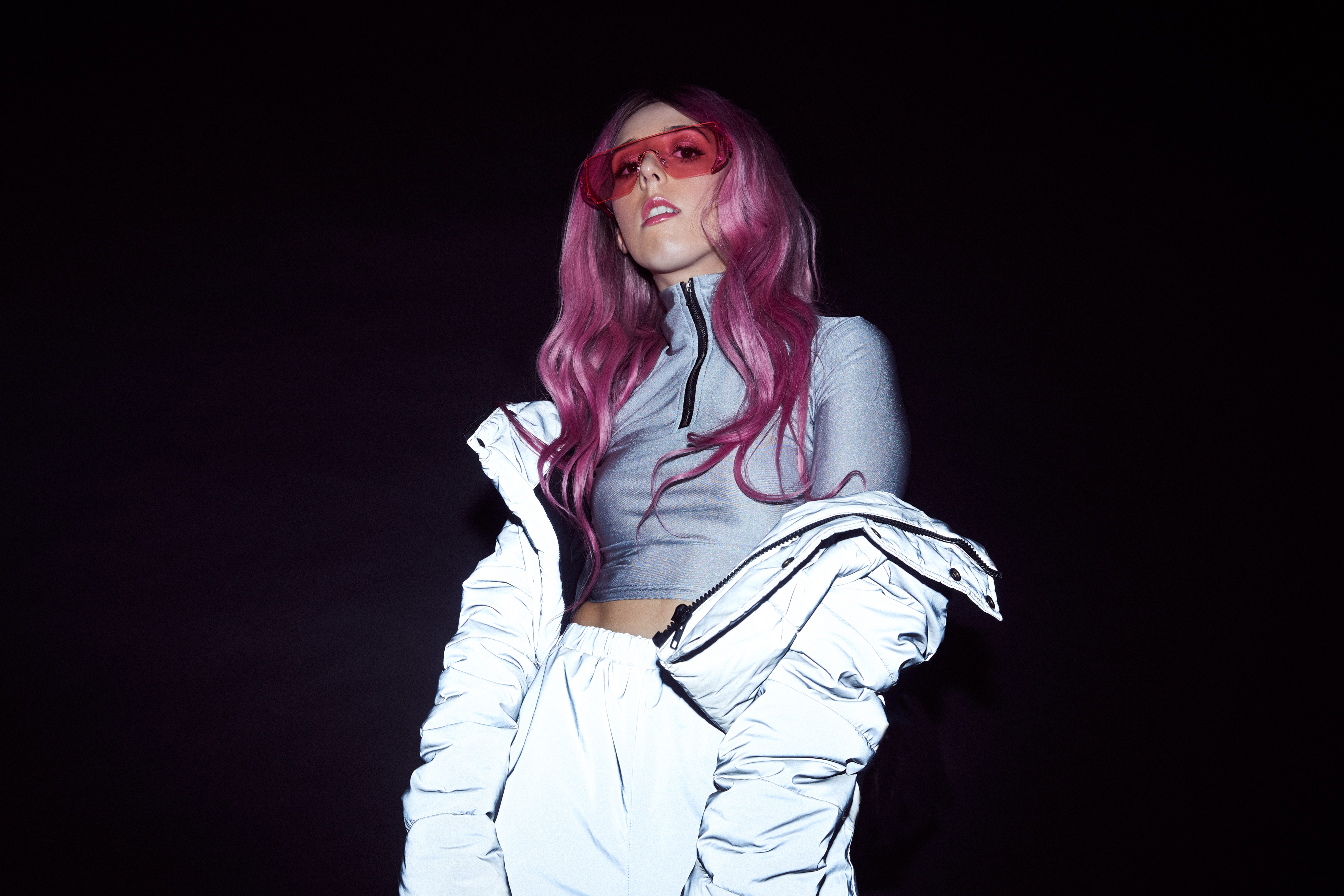 Music has always been an integral part of my life ever since I was young. I’ve always been drawn to the stage and the art of storytelling. My parents have a crazy eclectic vinyl record collection from their teenage years/adulthood and I remember as a kid going through it all making new discoveries which would unlock new musical explorations of genres and sounds. I did a lot of dancing and singing ever since I was 3 so have been innately drawn to rhythm, storytelling and performing on stage. I think this has played a major role in my beat-making as I’m hyper aware of a dancer’s body, accents and spatial movement. I always loved poetry too so I was writing poems which later turned into songs by the time I was 16. It wasn’t until I was 20 that I discovered electronic music production so I was a bit of a late bloomer as I was discovering all forms of electronic music as I began to go out clubbing and surfing online platforms such as Soundcloud which opened up a whole new portal of discovery for me. Daft Punk, Justice, Flume, Eric Prydz, Kanye West were huge inspirations in the formative years when I was discovering this entire new world of music which led me to go forward and experiment with lots of new sounds…The rest is history haha.

You are one of the best up and coming musicians we have encountered on the internet! And your track “Astro Life” is probably your best track yet! Could you tell us more about the story behind this track?

Thank you so much! It’s so cool that music can reach people all over the world through the power of the Internet! “Astro Life” was a concept and musical song hook that was brooding in my mind for sometime now but only manifested in the past year. I’m super drawn to conceiving utopian environments and creating space-esque futuristic environments so placing my cyborg avatar in this sort of hologram laser, decked-out environment was a perfect scenario! The purpose at the core of “Astro Life” is to create a song that makes me feel empowered and hopefully others too as it’s all about living the life that you envision that brings you to that state of euphoria or eudaimonia at that astro frequency haha. So the process of creating this track was that the vision was already in place and the melodic vocal hook was already written in my head, so it was merely a process of manifesting it with what sounds were going to fit like a glove around the voice and song. I purposefully aimed to keep it as minimal as possible for this song to let the vocals shine and cut through the mix, so it was essentially about the drum groove, baseline and the vocals and all their layerings.

Ooooooooh yes, that’s me haha. I love sounds and I love experimenting! I feel like the avatar/brand that I have created has a universal appeal, which enables more flexibility to experiment with different sounds. My studio setup at home is quite humble as I like to make my music predominately ‘in the box’ with Ableton Live. That being said, I do have a grand piano that I love to sit down and write songs organically. I also recently got a Prophet 6 which has been a game-changer and a whole newfound appreciation for analog hardware synths which is really exciting. In terms of favourite plugins, I really love ‘Diva’ as it has beautiful warm analog tones that’s ‘in the box’. Of course, “Serum” is such a popular virtual synth as it’s so easy to use and synthesise/manipulate sounds and wave-tables. In terms of mixing/mastering, I’m a huge fan of UAD plugins, Waves, Izotope and FabFilter Plugins! My go-to EQ is Fab-Filter Pro Q 3 and my favourite compressor for vocals is Tube Tech C1-1B. I also love time and audio manipulation plugins and randomiser plugins that create unique sounds, patterns and textures (the internal Ableton audio effects plugins and Max For Live are amazing!). 3rd party wise, my latest obsession is the Output “Portal Granular Fx Plugin” as it’s so fun to place it on sounds such as vocals and come up with really weird textures. Sound design and mixing/mastering is like the matrix, you can alway learn and discover more so I will never get bored! I’m keen to also get into more modular synthesis and eventually build up my analog synth collection. The truth is though, the less you have, probably the better producer you will become as you really have to work with what you have. I’m constantly learning and each time I make something new, I’m unlocking new discoveries! The beautiful thing about music production is all you really need to make art is a laptop, an internet connection, a mind full of possibilities and a vision of course!

Thank you! The truth is, I have certainly surpassed the ’10,000 hour rule’. When I started producing on Ableton Live post high-school, I fully immersed myself in this world which involved massive up-skilling and lots of trial and error. Ideas and songs have always come to me naturally as I’m a storyteller and have a strong sense of melody innately, but manifesting that with the technical skills was something I had to learn to be patient with. However, I do pick things up extremely quickly like a sponge and retain that information so it’s been a thrill learning how to produce and constantly challenging myself. I also did a Produce music course at Ableton Liveschool in Sydney in 2015 which was super helpful for connecting with industry teachers and creating a strong foundational understanding of Ableton Live. I highly recommend Ableton Liveschool for a fantastic community of support when learning to produce. From there however, I have done a lot of self-learning by throwing myself in the deep end, watching lots of Internet tutorials and experimenting, experimenting, experimenting! Musical background wise, I have been a performer since I was 3 partaking in acting, singing, choirs, dancing – you name it 😛 I began working with producers as a singer-songwriter when I was 16. That was the beginning of a whole new world for me and by the time I was 19, I was inquisitively asking myself how to produce which led to my own personal journey of growth of becoming a producer and a DJ, especially after going clubbing and being exposed to a whole new world of dance music.

Thank you, I love a strong melody as the main driving force of a track. In terms of instruments, I’m self-taught so I dabble with piano but my main thing is the voice and using my natural ear for melody because growing up, I’ve been exposed to all forms of music and the natural flow of a melody and the power of repetition and hooks so melodies are very innate and natural to me.

Woaaaaah I have so many plans haha. Well firstly I have an Astro Life Remix EP that I will be releasing shortly with some awesome talented artists (ie. Paces) on remix duties. I’m even remixing “Astro Life” myself which will be a pleasant surprise for listeners 😛 I’m sitting on soooooo much music it’s a crime so my goal is to get it out to the world in the best way as soon as possible alongside some upcoming shows which includes both my custom Ableton Live audio-visual show featuring my avatar as well as DJ sets.

Continue Reading
You may also like...
Related Topics:EDM, Electronic