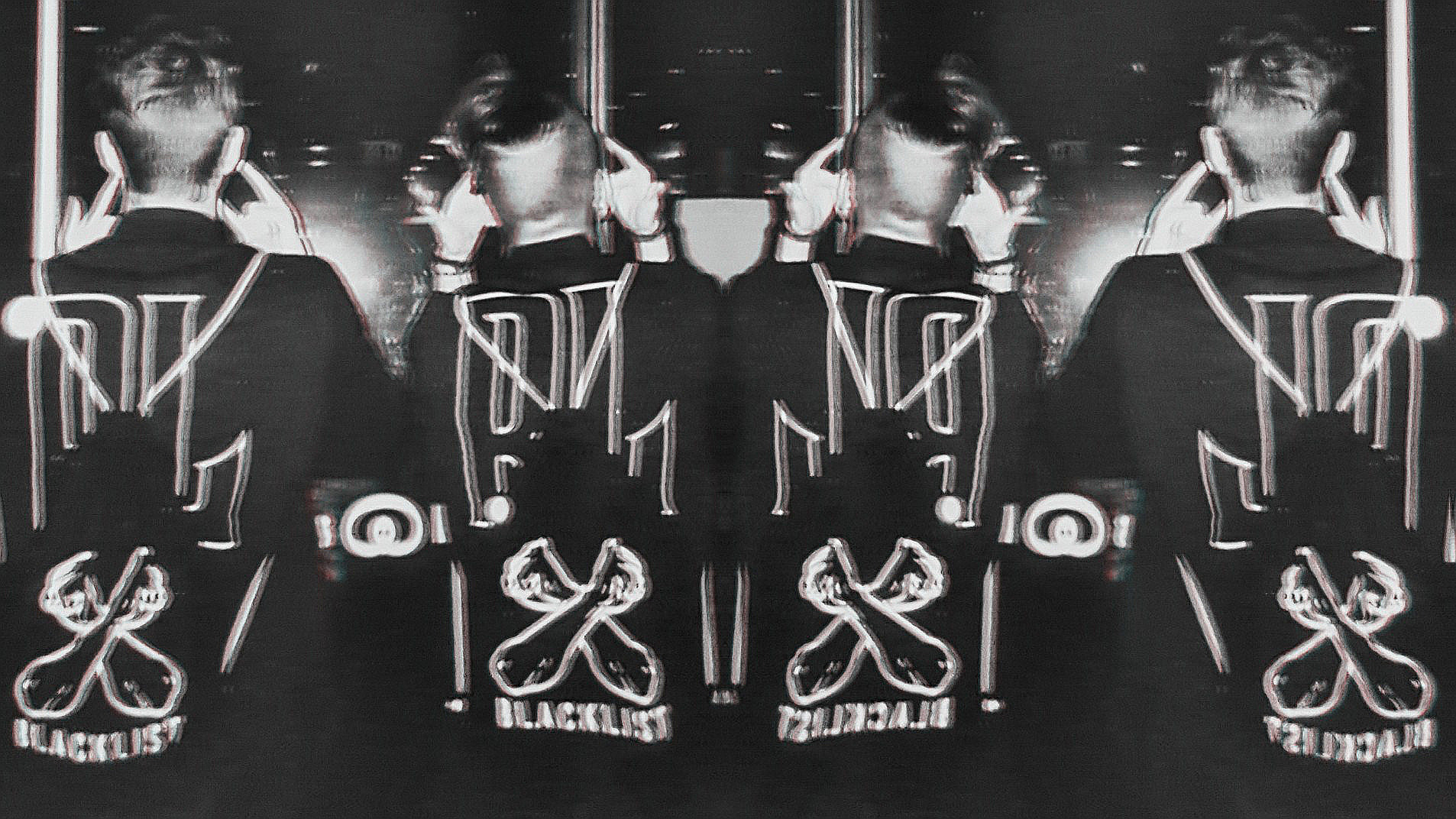 What first drew you into music and EDM in particular

I was into weird edgy music since I stopped listening to chart music everybody else was listening to in 3rd grade. I started listening to hip-hop music (especially Eminem), but then I switched to metal and listened to a lot of nu-metal. Linkin Park and Slipknot are still my biggest inspirations for making music. I always loved the way their music sounded, so creative and different from other metal music – mostly because of their DJ. Sid from Slipknot and Joe from Linkin Park got me into DJing which later turned into writing and producing music on my own. I got into EDM through gaming, a lot of people were listening to Hardstyle, House and Dubstep music – and I liked it a lot. I wanted to do the same thing every other aspiring young EDM musician like Ray Volpe, Tisoki or Virtual Riot did – just for fun. I had no idea of mixing, writing or composing stuff, but I wanted to make music and luckily the only thing you need is a DAW. So I looked up how I can do it and which DAW I could use. That was back in 2011 when I was like 12 years old. I used the demo version of FL Studio because I’m not a fan of pirating and I wasn’t sure if buying the full version would have been worth it. Besides trying out stuff on my own in FL Studio, I started following a lot of producers and really got into the whole EDM scene. I witnessed every EDM trend since 2012 – from Dubstep to Trap to Big Room House to Deep House and back to Dubstep hahaha. But last year I opened up about music (especially chart music) and also listened to a lot of hip-hop, jazz and mostly older music – just to get a feeling where the music nowadays is coming from. It’s 2018 and I love every kind of music <3

All of your songs are mixed to perfection, Can you tell us more about your studio setup and some of your favorite plugins?

Thanks for the compliment – means a lot to me! But I don’t even have good studio setup. I started and still am making music in my bedroom. The only things I have beside a shitty laptop are a crappy microphone one of my best friends gave me, a launchpad and a tiny but handy midi keyboard. I don’t even have good sound monitors – I work with Beats headphones I bought like 5 years ago. I’ve been struggling a long time to make my music sound good and loud enough. At first, I tried to copy things people do in music producing tutorials, but then I realized that I, as a producer need to have my own strategy in terms of mixing and mastering. I’m still learning and trying out new stuff every time I start a new project, but I can gladly say that all the struggle has been worth it! I work with the built-in FL Studio plugins, because you don’t need expensive futuristic plugins if you know how sound work. It’s all the same in my opinion. I hate seeing people pirating Serum just to use presets or do a simple bass patch with FM Modulation. My favorite plugin would be Sytrus because I make everything with it – from simple pluck sounds too complicated bass patches. I don’t know why, but it’s simple and everything you would expect from a classic synthesizer.

You have recently started a hip-hop project called “Lowboi”. Listening to your tracks we can definitely tell you are an EDM producer! In our opinion “Flat Broke” is one of your best tracks to date and we would love to hear more about the story behind this track.

I can agree on that – I really love the way “Flat Broke” turned out even though it’s the complete opposite of a well mixed track and my vocals are way too offbeat on some bits. But I think that’s the reason I like that track so much. It has that Soundcloud-rap vibe and the whole point of my hip-hop project is just to get my message out, but still be able to turn up and “Flat Broke” does both. The track is simple, minimal and has a bassline that is so loud it fucks up the whole mixing – everything artist like Lil Pump, XXXTENTACION and Ghostmane came up with. But I don’t write about flexing, because I’m broke. “Flat Broke” is simply about having no money and spending all that money you could spend on different things on drugs. But besides that, I’m also talking about fake people, fake friends, getting my name out, god and the devil, my ex and the fact that I sometimes fuck up my whole life even though I shouldn’t. My biggest inspiration making this track was $crim from $UICIDEBOY$ – I can always relate to the thing he raps and talks about. I also got a music video for “Flat Broke” ready, but right now is not a good time for releasing it – maybe this summer.

The Snapchat hot dog song was already a viral meme and you have now remixed it and produced an awesome music video for it! Our question is where do you find the time between your hip-hop project your EDM project and video making? Also, how did you manage to come up with such complex ideas from such a simple song?

Thanks for all the compliments! I was so into this meme and the soundtrack of the hot dog is so ridiculously funny that I had to flip it and turn it into a house banger. My main inspiration was “Chicken Soup” by Habstrakt and Skrillex. I’m really into the stuff Habstrakt, Autoerotique or Joyryde are making, because it has those fat basslines you would expect from a Dubstep track, but still keeps the House vibe alive and that’s what I wanted to archive making this remix. I tried to completely flip the vibe of the song when the drop hits without killing the meme – and it turned out so well. The transition from drop to original was really easy to handle and I made the whole thing fade out so beautifully. I get goosebumps every time the track ends. The remix was done in about 2 days and my best friend who is making YouTube videos for years was like “Yo! We NEED to make a banging video for this!”. I had a vacation at that time, my friends hopped on and we shot the whole thing. My friend who shot and edited the video is a really talented guy and made this beast of a video. To every reader from Germany: Check out his YouTube channel. He makes awesome videos and also made some viral hits like “Nicht Googlen!!”. He’s currently having a break, but let me tell you that BIG THINGS are going to be uploaded to his channel! Beside him helping me with my music and also making every music video on his own, I don’t really have that much time for my projects. Making music is still a hobby and I still go to school. I don’t have a schedule, but I spend every spare time I have making music and planning releases. I have a lot of projects I started last year that are still unfinished and I can easily remaster them and upload them. Even though the projects are old, they still have a lot of potential and it would be a shame to just forget about them. Right now I’m focusing on my hip-hop music which takes a lot of time because I still need to learn a lot about writing lyrics and mixing vocals, but I try my best to make good music in short time!

I really don’t know. I’ve been changing a lot lately and I can’t even tell where I’d be at in 2 months. But I have always been really passionate about the things I do and the music I make. My goal right now is to get things right and getting my music heard. So maybe in five years if I keep pushing my sound and make the best music I can, I would be able to make a living out of the music I make. But right now it is just a hobby in which I spend too much time.

What are your goals for 2018, Any upcoming projects we can get excited about?

I got a lot of things planned this year and like I said I want people to give my music a listen and give it try – even though it’s made in the cheapest way possible. I will take any chance to grow and connect with other passionate artists – I want to take my music to the next level. Beside uploading various EDM tracks, I have a 10 track-mixtape for my hip-hop project in the working and it’s probably the best thing I have ever made. I’m trying out numerous styles for this tape, so that the outcome will sound different from other artists styles. It’s probably going to drop this June. But before that, I have some music videos ready to be released.