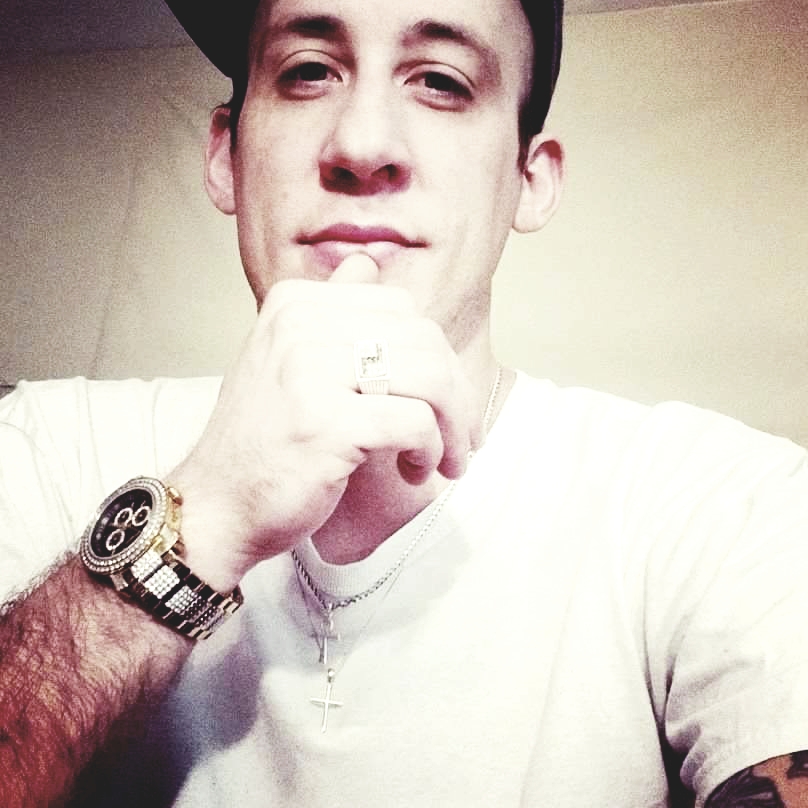 Ever since I was first born music had a big effect on my life. My parents tell me I used to pick up my fathers Accoustic Guitar and try to play it like he did, but my arms didn’t reach just yet. The thing that drew my to music was the feeling it gave me when I heard a song that lifted me. Wether it was a sad feeling or a more happy feeling music was something I knew from the start was a big part of me. My brother and my father both played the guitar and me being the younger brother I wanted to be just like my brother and admired the fact he was able to play so any chance I had to pick up the guitar and try to play it I did. I knew music was who I was before I even started at life.

You are one of the best up and coming musicians we have encountered on the internet! And your track “Thought Ocean is probably your best track yet! Could you tell us more about the story behind this track?

The story behind the song Thought Ocean is probably deeper than the song sounds, I was going through a point in my life where I felt I had an identity crisis because I had came from playing guitar in rock bands to deciding to go solo and switch up my style. I had a girl that I was with that was my girlfriend at the time of my brothers death and helped carry me. The relationship we had failed and after it was all said and done I started to think about and look back at what went wrong and the reasons why I felt so hurt even though I knew all the things that I had done in the relationship that were mistakes. Thought Ocean comes from all the nights I sat alone inside my house and in my head dwelling on the things that I couldn’t take back or change ever and I was drinking more often than not to help myself cope with the sadness I had inside from the lose of my brother and the mistakes made in relationships and my life at the time. I realized in the end that no matter what tomorrow would always come and no matter what I would have to face the day and remember all the choices that led me to who I am, and that losing my self is how I found who I was as a person.

My studio setup is not a giant industrial studio but I do have a set of 12 inch sub woofers with a marshall head preamp. I use a Yamaha MG12XU mixer to power not only the subs but also, I use a set of 5 inch JBL monitors for a mid-high spectrum and I also have a set of Bose that are used more for high end sounds.

Programs I like to use when making a beat tend to either be mainly from Fruity Loops Studio 20, as well as from my Yamaha MX49 workstation keyboard. I also us Cubase 10 to make beats and compositions. When recording records I either us Protools 8 or higher, but recently I’ve been getting a lot better at using Cubase so it has recently become my go to for recording songs.

It’s a little hard to say what my favorite plugins/instruments are because I use so many different ones and I play guitar, bass guitar, clarinet, piano, keyboards. I use a lot of real live instruments.

I also have over time made my own personal drum kit that I always use, it ranges from 808’s to Snares and Kicks to Bells and voice tags and orchestral sorts.

If I had to pick a favorite plugin how ever I would say the Sakura plugin within Fruity Loops, I’ve found and altered a vast majority of the sounds within the plugin and I tend to use it with my workstation a lot.

Favorite instrument will always be the guitar, 7- String to be particular.

I’ve always been told that I have an ear for music and I’ve been drawn to music since the start of my life. As far has how I’ve created my sound, it real just comes from within and my knowledge of music. Straight out of Foothill High School in Henderson, NV I went to music school at CSN and mainly learn theory and musical history as well as a different instrument each semester. There is a book called the guitar grimoire that is basically a scale and theory encyclopedia, I studied this book on my own just out of desire. I wanted to know how to play my own music not necessarily others music.

My first guitar teacher – Todd Hessel – is more than likely the reason I strive to always try to get better and better at what I do. I drew influence from my father and brother but it was when I was in class lesson with him when I was a teenager that I saw how you could really play and what you could really know about music. Not to call him an idol but he is very much someone I still look up to even today.

I have only been making beats and hip-hop music for about 7 years but because of my life and music lesson history it just clicks with me and using my own personally made drum kick helps me stick to a sound that no one else will really have because I haven’t sold my kick to anyone.

I eat, sleep, and breathe music. I wake up in the night and write down ideas I dream about so I can utilize them when I next sit down and do music and I also make it a point to try and use something within the beat I have never used before, whether I keep it or not I still taught myself how it is used for another time.

I play several instruments and have learned a lot more than I continue to play today.

Daily I play my guitar or I’m at my keyboard just jamming out having fun. If I walk into a store and see an instrumental I feel like it calls my name and I have to try to play something on it.

Goals for the upcoming months would have to include working out a marketing and promotional campaign for an upcoming album I will be releasing early 2020. I have a single I produced from an artist of mine x80x (80) called Breathe that will be released before Thanksgiving, as well as a single from myself iahmRa called Get it. Both are sure to draw a fair amount of attention because they are two of the best songs we have stashed away at the moment. I always do music daily so a project could pop up over night or a handful of singles in the next few weeks. It’s all gods plan so how he sets it in front of me is how I lay it down, but no matter what I’ll be sure to keep promoting and networking the material out at the moment and keep pushing to make it further.