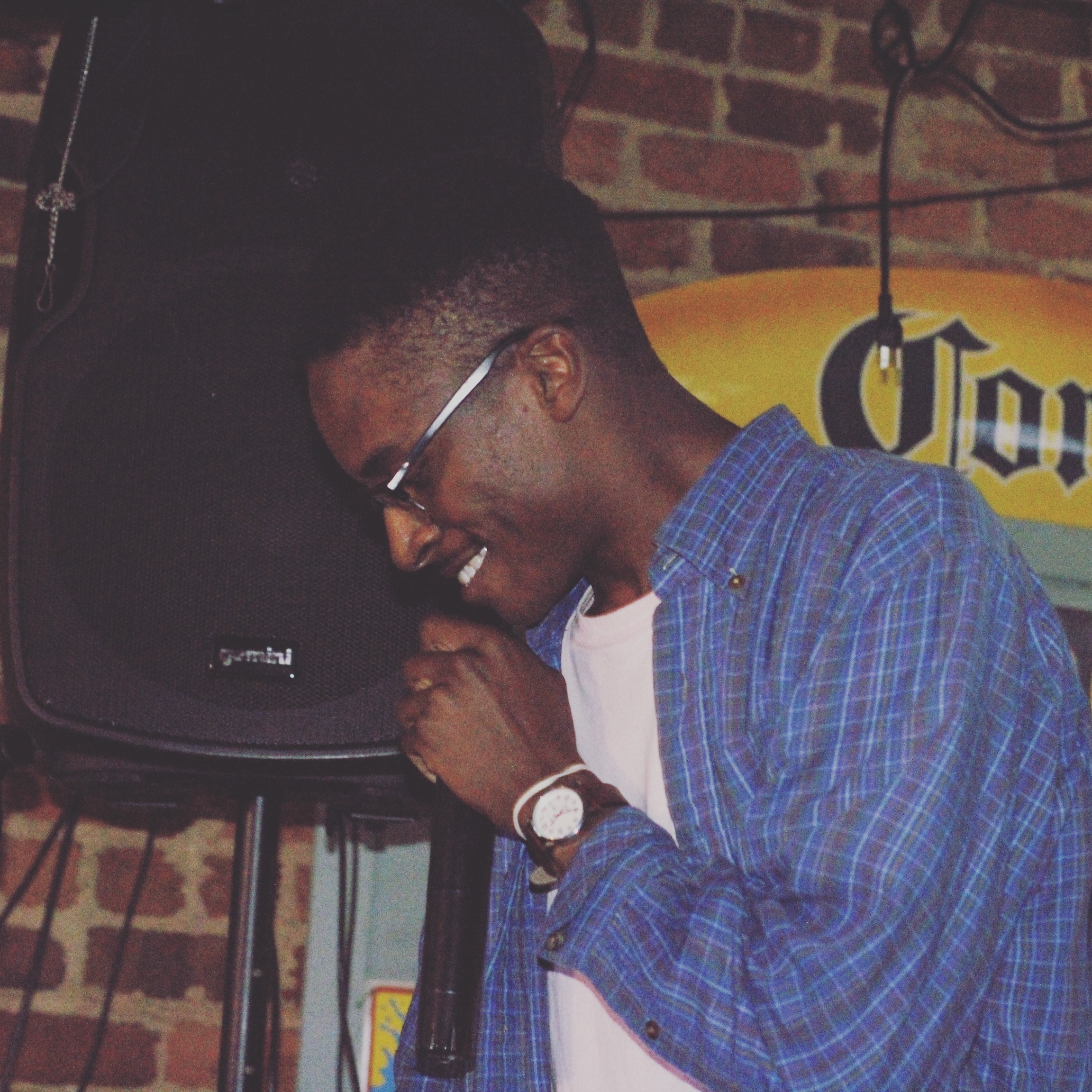 I grew up in a Christian household and my mom is from Bermuda which meant I was surrounded by mostly gospel and island music (reggae, calypso, dancehall, etc.) as a kid. I would hear it everyday, especially in the car and in the house on Saturday mornings as we cleaned. Initially, rap music was pretty frowned upon in the family until we were introduced to a few artists from the Christian hip-hop community. My favorite was a rapper named Blackwell who really instilled in me a love for lyricism. From there, I near religiously explored and studied the catalogues of Lupe Fiasco, Jay-Z, Swoope, Common, Earl Sweatshirt and Lil Wayne among others. After a while, I started freestyling for fun (shoutout to Cleff) and eventually started writing my own little songs.

Your track “Fist & Pencil” is absolutely amazing! How did you achieve such a great signature sound in such a short time? Also, what is your creative process like?

Thanks so much! I’ve gotta give credit to my buddy 9001 who laid the foundation for the entire track with those insane drums. As far as my sound, it’s hard to say. I just follow the goosebumps. There’s a certain childlike joy that I get when I hit a stride while I’m writing. It’s the same joy I got when I started rapping at 14 years old. I also trust my taste. I don’t really seek out music as much as I let it find me. I have a playlist called “Gene Jams” on Apple Music and Spotify mostly comprised of songs that I stumbled upon, whether a friend recommended it or I heard it somewhere randomly and Shazam’d it. For some reason or another, they captured me. My goal isn’t to duplicate those songs, but to figure out why I like them and somehow infuse that feeling into my own music. And if I find that I can’t, I let it be.

As for my creative process, I have to take my time. I always go into writing or production with the mindset that my work will outlive me. I owe it to my current listeners and the future ones to make the best version of every song, cover art, promo video, live setlist, etc. I might start off by going through the idea note in my phone, finding an old bar that I like and building upon that. Other times, I might sit down with a producer friend and I get attached to a beat they play…but I NEVER rush anything. Quincy Jones once said, “Leave space for God to walk through the room.” So I do.

Studios give me a bit of anxiety because I don’t like to feel like I’m wasting other people’s time if I’m not in a creative mood that day. I’m a bedroom musician by nature, that’s how I came up. Plus, I can act a whole fool and try out different dumb ideas in my bedroom without judgement or second and third opinions. It’s freeing. It’s just me, my desk, my laptop, my mic and my Star Wars Funko Pop figures (an ever-growing collection).

When it comes to plugins, I’m admittedly not an expert. If I had to choose, I guess I’m most familiar with Hypersonic and Nexus along with some Pro Tools reverb and chorus plug-ins. I lean heavily on TLJ, my closest collaborator and main mixing and mastering engineer. Every single one of my tracks goes through his hands before they see the light of day. He’s the left brain to my right brain which causes a good amount of arguments between us, but they ultimately always result in the betterment of the track.

I don’t, but I’d love to learn! I’m blessed to have made friends with some really dope instrumentalists such as DEViANt (piano), Tango (saxophone), Atticus Lane (guitar) and Ariel Cortez of Bergenline (drums) to name a few.

Full-time musicianship has always been the goal. I want to be a platform that helps highlight the talented local musicians I know who I think are dope and deserve to be heard. I’d like to own a few studio houses, tour and travel the world, hopefully score and/or curate the soundtrack for a film one day, etc. A Grammy would also be nice.

I actually just dropped my debut album Self in full on October 11th. I say ‘in full’ because I’ve been releasing it over the span of the last two years in five parts. It was pretty time consuming and unconventional, but I wouldn’t trade the experience for the world. I’ve got some merch dropping for it in the coming weeks as well. Me and my buddy Atticus Lane have been discussing doing a joint tour at some point, maybe at the top of 2020. No promises, but that’s what we’re gunning for. I have a couple of projects that I’m writing for at the moment too. By night, I do a podcast called Gee Whiz!! with TLJ and our friend Franni. We’ve got new episodes dropping twice a month as well as some fun visual content planned in the near future as well.

I appreciate this opportunity, truly. Thanks for giving young artists like myself the platform!