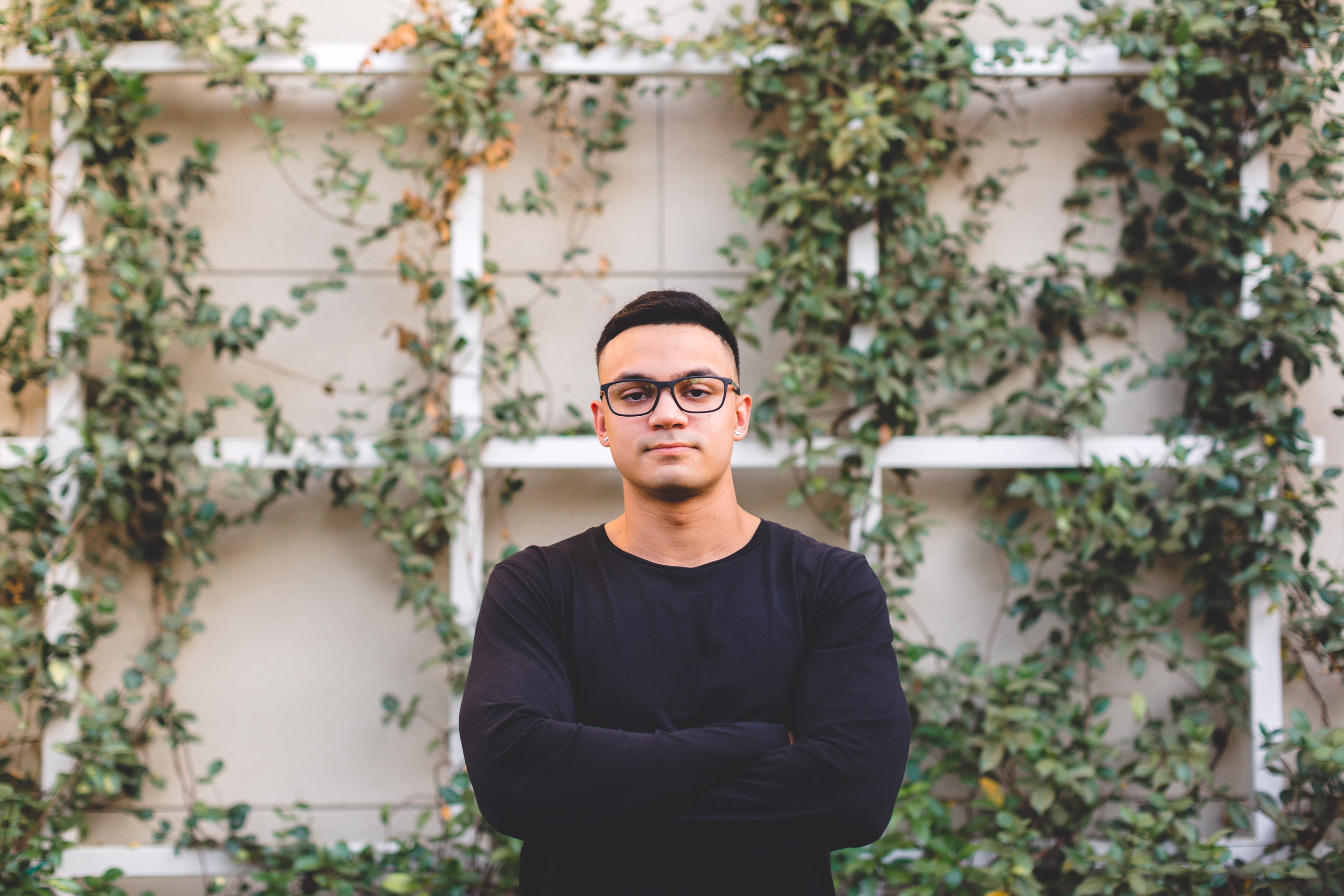 What first drew you into music production and bass music in particular?

I think it was just always being surrounded by music while growing up. Music is pretty big in my family so it was always around me. My cousin Sean is extremely gifted with the electric guitar and my grandpa actually taught himself how to play numerous instruments such as the drums, trumpet, piano, bass, electric and acoustic guitars. He was always playing music. So I think he’d be super happy if he saw what I was doing today. Another thing that was huge for me was going to EDC and seeing what electronic music was. I never knew much about it so when I discovered what it was I immediately fell in love with it. Then I saw Armin Van Buuren and Martin Garrix play their sets and that’s what really did it for me. They were just smiling the whole time and you could really tell they were loving what they were doing. So I went home and looked up how all these DJs make that type of music. I ended up downloading FL Studio and from that point on I just started teaching myself everything I know, plus with the help of YouTube. As for the bass house productions, that’s kind of a funny story because I never actually tried to make that genre. I first started out with Big room and progressive house. Eventually, I started listening to Jauz, Joyryde and LOOPERS and thought they had really unique sounds so I just took what I already knew from making other genres and tried to incorporate my own style with weird sounds. Next thing I know, one of my friends is telling me I’m making bass house.

Your latest track, “Moving To The Sound” is mixed to perfection. Care to share more about your mixing processes and your favorite plugins?

When it comes to making a track, the overall focus should be your mix. I can’t stress that enough. For me, I can’t go on if the track doesn’t sound good in an area. So, I mix as I go. As far as my favorite plugins, I would definitely say Serum and Sylenth. I’ve also been experimenting with Spire as well.

In the spirit of the last question, if you had to pick 1 synth to produce your next track, which synth would that be and why?

I would definitely have to say serum. It’s just insane how user friendly it is, and the fact that you can make the most unique sounds and whatever you want is super sick.

Bass music is known as one of the hardest genres to produce, how was it like in the beginning? How much time did it take you to achieve your sound?

To be honest with you it was never even challenging or anything like that. It was always just fun. Everything about making music is fun and right now that type of music is what I enjoy the most because it just flows naturally. I believe you shouldn’t try to make something you don’t enjoy. Make whatever you feel like and don’t care what anybody thinks. That’s when you get the best results. As for finding my sound, I’ve only been producing for 2 years now so I would say I picked up some of my sounds after a year and a half. I’m still finding my sounds though. I’m always looking for different and unique stuff to bring to the table.

I would say yes, I’m super excited for this year in general.

2018 has just begun, what are your goals for the new year? Any upcoming projects we can get excited about?

My main goal is to keep releasing music and ultimately keep growing. I definitely am trying to get my first gig as well. It’s crazy how many people support me where I’m from, so I definitely want to put on a show for my hometown since not too many people are making dance music there. As for upcoming projects, yes absolutely. I have a ton of unreleased music. I always stress and ask my friends which song I should release next but right now my next release will either be my song called “Tick Tock” or “Let’s Party”. We will see.