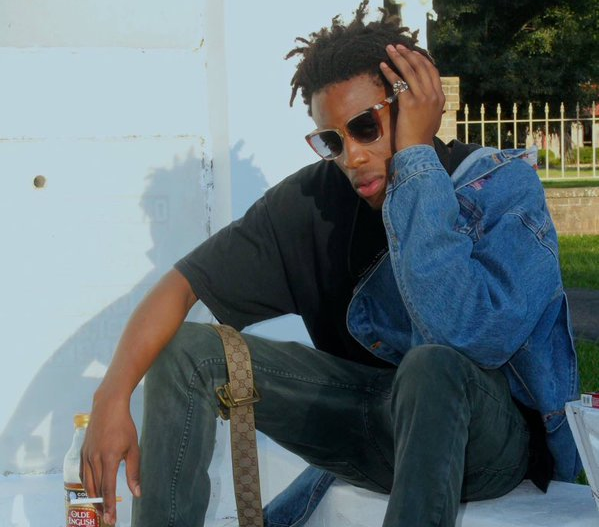 Dapper and Neji Vibez from Vennum Shocq Music are two talented artists that you will not forget. The HBT team was delighted to have the chance to interview them, so read on for an exclusive peak.

”Final Fantasy” is one of the best examples of a successful crossover between genres and one of our favorite Hip-hop tracks of 2018, Care to share more about your creative processes?

Neji Vibez: So, Dapper came by my house and said, “Man…we gotta make a song today”. I was kind of like “Ok, let’s figure something out and let’s find a good beat”. So, Dapper started to surf the web for a while and ended up finding a track by GF RETRO on Soundcloud that we really liked. We actually recorded “FINAL FANTASY” on Christmas day. Dapper had already come up with the hook, and after that, he wrote his verse. We decided that since we got started with the song we should go ahead and finish it. We ended up recording that day, listened to it about 30 times, did a promo video and put it online. The promo video was made before the cover was even designed lol.

Dapper: I really wanted “FINAL FANTASY” to be a standout track. As soon as I heard this beat I knew the song would be named “FINAL FANTASY”. My girl gave me the inspiration when I was playing “FINAL FANTASY” one night and she wanted to get into some other kinds of “extra-curricular” activities if you know what I mean, and I was like “Girl I’m playing FINAL FANTASY” and that moment kind of stuck in my head for the rest of the week. This song was really an accumulation of ideas and all I needed was to find the perfect beat.

Going over Neji’s Soundcloud profile we can tell both of you love working together, How did you first meet? Care to share more about your collaborative processes?

Neji Vibez: WOW! I think the first time we met was at a mutual friend’s house. We were messing around trying to make music and not knowing exactly what we were doing yet. I think our music was beaucoup trash back then. The songs were great, but the quality of my engineering skills wasn’t yet up to par. We genuinely just got super cool as friends and somewhere along the way I really saw Dapper’s potential as an Artist. I knew that this dude, with this music he was spitting, was gonna completely change the game in the future!

Dapper: Well Neji and I pretty much think alike. It’s not really hard to make music with Neji AT ALL!! We happen to like a lot of the same things already as well as the same Artists too. We still have our differences, don’t get me wrong, but we do stand behind who we think is the G.O.A.T. We’re like Edge and Randy Orton lol.

We think your best track to date is Final fantasy and we are curious how it was like working with GF RETRO? Also, what do you look for in a producer before working with them?

Dapper: I already know GF RETRO and I knew he would be cool with us using the track because he put it on SoundCloud and Twitter for a FREE download; I figured he’d like the song being he’s a music person. Once we uploaded the song to SoundCloud, GF RETRO, himself, reposted the song on his own Soundcloud page and retweeted it as well. SHOUT OUT to GF RETRO!!!

Neji Vibez: All the producers I’ve worked with so far usually just throw me tracks. Other times I’ll go on YouTube or SoundCloud and research the lease options, reach out to the producer and go from there. What I look for in production is for the beat to be eccentric. Something about the beat has to inspire me, or just a certain sound from one particular beat can catch my attention to where I have to immediately start working on it.

Neji vibez is a unique name! Could you tell us more about the name? How did you come up with it?

Neji Vibez: The name came from one of my favorite characters from a Japanese cartoon, the first name anyway, and the name was synonymous with “GENIUS”. The 2nd part of my name is just a word I felt was an accurate word that describes me. I swear I don’t go anywhere without a set of headphones 🙂 . To give a bit more insight, at the time I chose this name I was heavily steeped into spirituality.

Both “Chanel coat” and “Final Fantasy” are great and are produced to perfection! Do you plan to release more tracks together? Any projects in the works?

Dapper: Heck yeah!!! We just started a boy band called “Kame’s Island” lol. We have “Capsule Corp” and a short project called “Broly”. (Neji Vibez) I have a short self-titled project called the “Neji EP”, which has been my main focus. This Ep is a 9-song extended play album all produced by myself and other people including friends. This is the first project I’ve ever produced on. Oh yeah, by the way, I mix and master all of my own music!!!

What are your goals for 2018? Did it start the way you expected it to?

Neji Vibez: Heck yeah… we came out the gate WINNING!! I’m hoping to keep up this good energy and stay on this wave

Dapper: My goal is to have a break-through album and I definitely feel as though my year started out right. I really want to meet one of the Artists who inspire me and who I look up to.