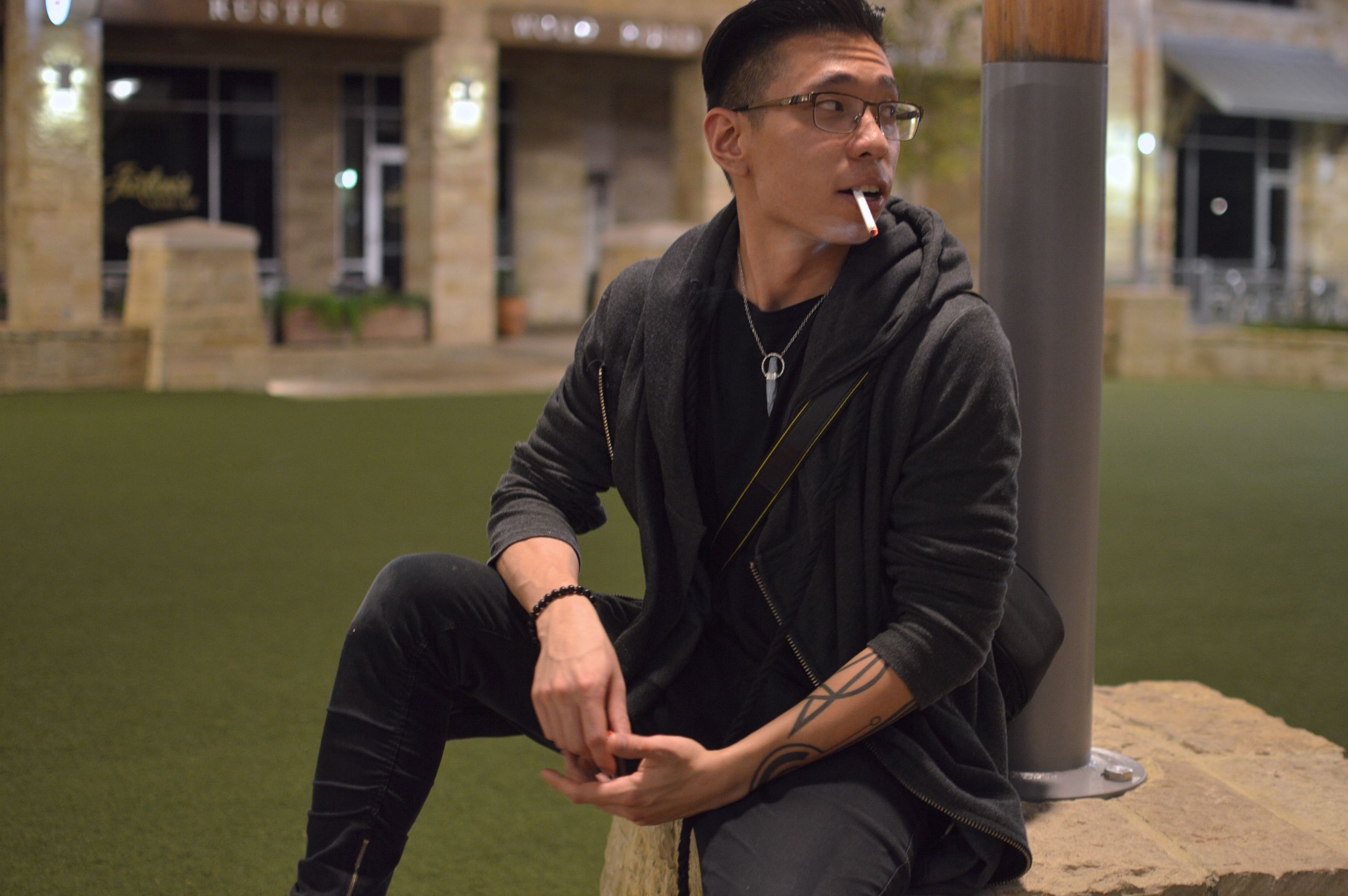 What first drew you into music production and Trap/Electro in particular?

I used to listen to the Glitch Mob and think, “how do they make those weird sounds?” Scary Monsters and Nice Sprites was a track that introduced me to aspects of electronic sound design. As electronic music became more accessible over the years, it wasn’t until I attended live shows by RL Grime, Skrillex, and SAYMYNAME; that I became interested in music production. It’s all just groovy noise to me, which makes people dance and I really enjoy that.

“Flocci” is a very unique producer name, how did you choose that name? Any special meaning behind it?

Yes, it came from an introspective conversation with my brother while we were both under the influence of magic mushrooms. To sum it up, Flocci is short for ‘The Cosmic Dumaflocci’, which is a metaphysical force that my brother and I feel exists throughout the entire cosmos. Like the force in Star Wars.

Your sound is very professional and all of your tracks are mixed to perfection! Can you tell us more about some of your favorite plugins and your studio setup?

I absolutely love everything Ozone. The imager is really nice for setting up your soundstage. I produce in fruity loops and the convolver is my favorite reverb. I mix and master with regular speakers and my trusty Audio Technica M50x’s. I like referencing my crappy car speakers sometimes, if I can get a mix sounding good in there I know it’s gonna be all good during the master.

Your latest track “Sju” is your best track in our opinion! From its artwork to the Incredibly powerful sound we absolutely love it. Could you tell us more about the story behind this track? Also, what is your creative process like?

I knew I wanted to make it about something alcoholic. It’s barely over a minute and a half so I thought of something short and sweet – korean soju. I start a song with energy in mind first. I don’t write lyrics so I have to figure out what I want to say with noise. First I work on pads and atmosphere to set the tone, and from there it really depends on where I want to take a sound.

Your tracks are very well produced, and we can’t believe you have only started producing a year ago, care to share more about your journey as a producer and when you started?

Thanks! That’s a big a compliment coming from you guys. I’ll try and make it short –

My friend used to have a little Hercules 2 track mixer, he let me mess around with it one day and I ended up taking it home. That was Summer of 2016. I purchased a Newmark NS7 III later that year and ended up playing at a few of my friends’ house parties. The experience was really enjoyable and creating sets to play was very rewarding. It was at that point I knew I wanted to create originals. I worked on sound design a lot in the beginning messing around with NI Massive and Serum. My short loops soon became beats, and my beats became ideas. I spend a lot of my time mixing and mastering these days. It’s the key to my sound. It’s all in the transients.

I’d like to produce a full album. I’m beginning to find my own sound and I think I have the skills to pull it off. It’s going to take a while so, until then look out for any new releases I put on Soundcloud.