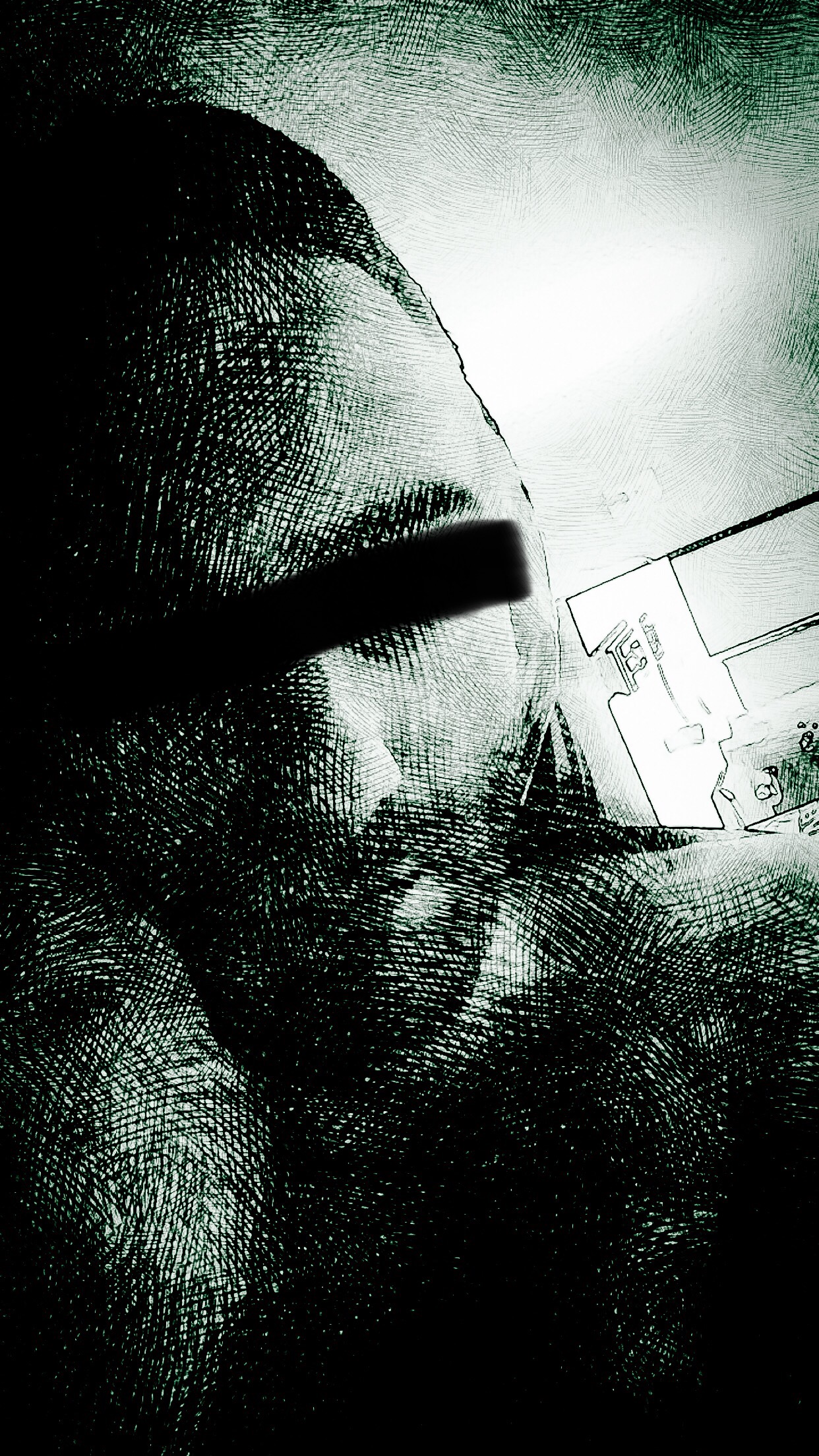 I’ve been a student of music my whole life. I’ve never been able to passively listen to a song; I’m always analyzing and critiquing what I’m listening too. About a year ago, I realized that I don’t want to just be a “music junkie” anymore, but instead actually get involved with creating it myself.

The reason I got into hip-hop specifically is because I wanted to give my songs more character by adding lyrics. Hip-hop is the genre that I’m most comfortable with in terms of writing, so it seemed like a logical place to start. It might change in the future.

Your latest track “Intrusive Thots” is very modern and the lyrics are amazing! How did you achieve such a great signature sound in such a short time? Also, what is your creative process like?

Thank you so much! I’m glad that my lyrics are getting positive feedback; it’s something that I really take pride in.

I think my sound and creative process sort of go hand-in-hand. For me, it’s about finding that single sound or rhythm. On “Intrusive Thots”, it was the sweeping percussion that comes in about halfway into the song. With that being said, if the sound isn’t there, it isn’t there. I try not to force it. It’s a lot of trial and error.

You don’t mention any producers in your tracks, do you produce them yourself?

Yes. I’ve produced everything that I’ve released so far. I actually intended to only be a producer when I decided to get into music and the rap thing sort of just happened out of necessity. I should mention that I’ve started contacting other producers if I hear something from them that I love. I haven’t released these tracks yet, but I’m really excited about them. They have a different sound than the stuff I’ve produced myself.

You have recently released a track titled “Jonah” The track is a modern Hip-hop/R&B  fusion and we wonder if you plan to release more R&B sounding tracks in the future?

It’s funny to hear “Jonah” characterized in that way because I’ve never actually known what that song is. It sort of just wrote itself. I like to think that I can make another song like it, but it’s not really a goal of mine. I try to experiment on every single song. If I start trying to make music that sounds like something that I’ve already done, I worry that it will take all the fun out of it.

Your music is very unique and we can’t help but wonder who inspired your sound? Which artists do you look up to?

I actually think that my production style has more electronic influences than hip-hop. Guys like Jamie XX, James Blake, and Flying Lotus have inspired me a lot in that aspect. Brian Wilson and D’Angelo are also guys that I keep in mind when I produce. I think their ability to spread instruments across the stereo field is incredible.

Artists like OutKast, Kanye West, Kendrick Lamar, and Danny Brown are the biggest inspirations for my lyrical content and flow. I’ve always loved their ability to change their style depending on the track. It really adds to their longevity and I think it’s a big reason that their respective “peaks” can last for so long.

I’m currently finishing up an album titled “All Things Hold Together” and expect it to be done within a couple of months. The title reflects the fact that I take multiple musical and lyrical directions on the album, yet it is all held together by one concept: self-analysis. Even on tracks that aren’t directly about myself, I think my opinions on things still manage to provide insight into the person that I am. It’s a goal of mine to have people understand who I am without ever knowing my real name or seeing my face. I hope this project accomplishes that.