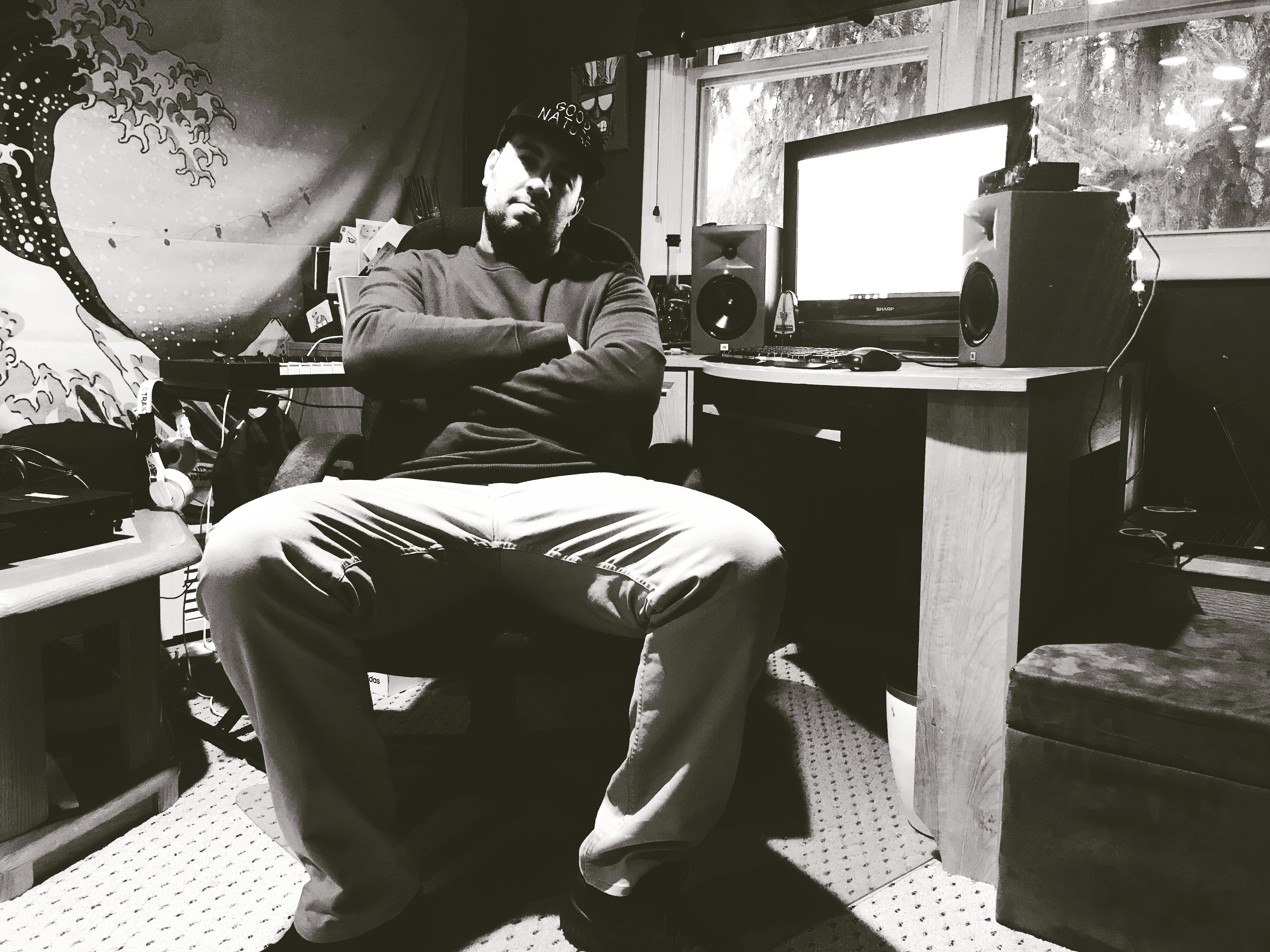 In 2011, my friend Brandon (also a producer who goes by Slipps) showed me the Spitfire EP by Porter Robinson, I was hooked. I had a musical background already and wanted to learn how to make music like that. A few weeks later I had Ableton on my laptop and I began learning everything I could.

As far as future bass, I guess it was those early Keys N Krates tracks that made me really love that melodic trap sound. To me, future bass should be weird. I hear a lot of generic, pop sounding future bass tracks. It definitely inspires me to work harder to make my own tracks more interesting and keep the genre progressing forward.

“CURV” is a very unique producer name, how did you choose that name? Any special meaning behind it?

No, no special meaning really. Since I started making music, I’ve gone through a few different stage names. They were all either longer names or a play on words type of deal. I wanted to go with something short and simple. I also didn’t want it to sound like the name of a producer that makes one specific genre, since I like to make all kinds. I used to go by “Trappy Gilmore”, due to my love of golf, hockey and trap, but it’s hard to branch out to other genres with a name like that.

I really love future bass. It has such versatility and a lot freedom to get as weird as you want with it. You can have these sort of chill, melancholy beats, or you can have these huge bright, emotional tracks that give you chills. It’s my favorite genre to produce and to listen to.

Your latest remix of “Say my name” is your best track in our opinion! From its Incredibly powerful sound to the breathtaking melodies we absolutely love it. Could you tell us more about the story behind this remix? Also, what is your creative process like?

Wow, thanks so much! ODESZA is definitely one of my favorite bands/artists, even outside of electronic music. Seeing them at Firefly Music Festival pulled me out of a huge creative slump. I have felt totally inspired since then. That was in June and I’ve released 7 songs since then after not producing any music for at least 3 months before that. Normally I would shy away from remixing a favorite artist of mine but I was playing around with the acapella on my launchpad, and it just kind of happened.

My creative process is pretty simple. I like to start by writing a chord progression and a drum beat and take it from there. I definitely try something new with every new track, something I may have picked up from another producer or learned on my own. Even after 7 years of producing, you’d never believe how much simple stuff has been right in front of your face the whole time. Stepping out of your comfort zone can have a huge impact of your music.

I like to not get too far ahead of myself, but I’d love to bring my live show to as many people as possible. I’ve had a vision of my live show since the beginning. If I could make something like that happen it would be all I could ever hope for and more. I’m not too into DJing, my live show has a bunch of live elements. Bringing it to say a festival level, would be something really special for the audience.

For the rest of 2018 I’ll be wrapping up my EP and a really awesome collaboration with Slipps. I feel like we are really capturing both of our unique styles in one track. For 2019, I look to get more involved in the dance music community and play some more shows.  I’ll also be starting a video series on YouTube called “Studio Sundays”, where I’ll be doing a live performance of a new track every week this winter along with some visual art I’ve made. Should be fun!