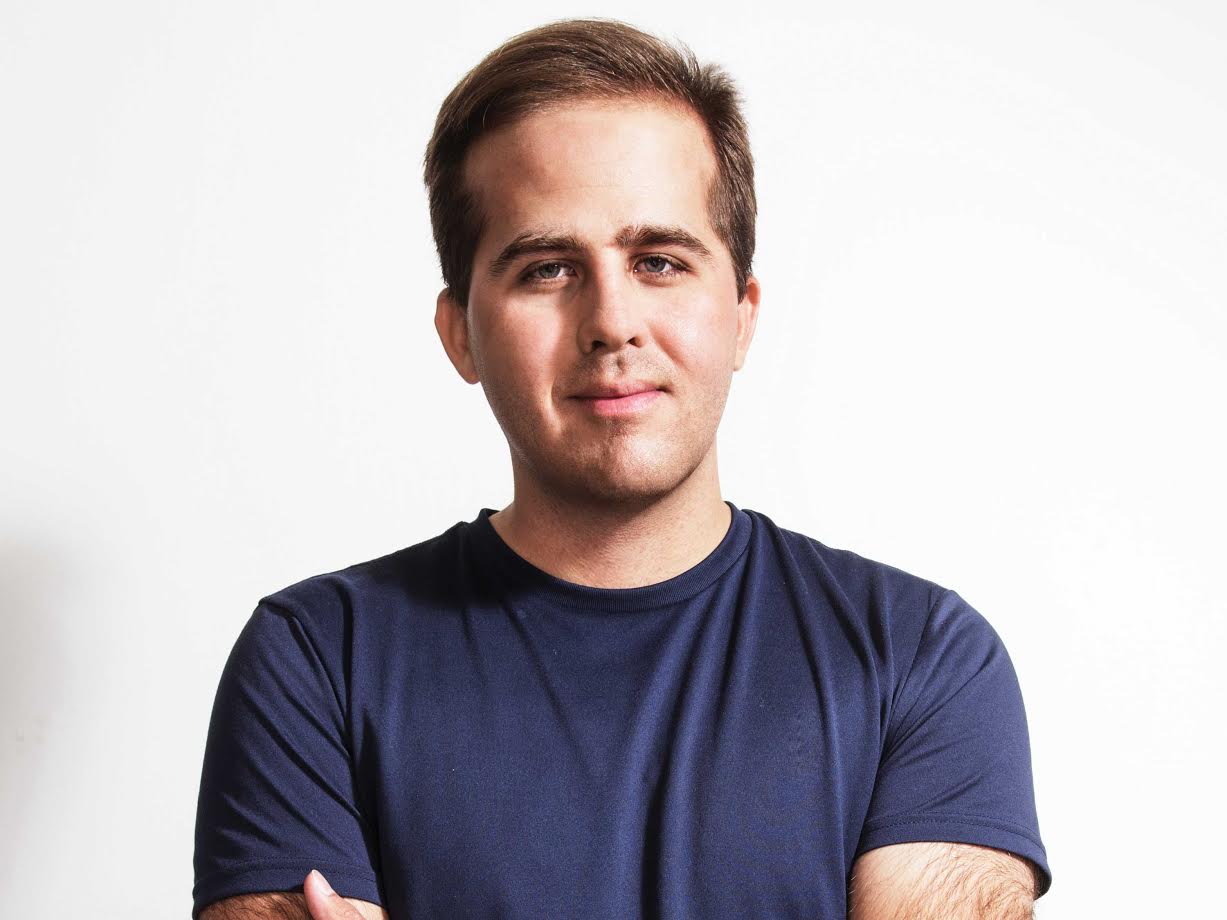 Only 24-years-old and hailing from Stockholm, Sweden, the young talent that is Manse – real name Michael Hansen – is quickly rising through the ranks to join Revealed’s expanding family of top-tier artists. Receiving support from the likes of Hardwell and Nicky Romero, Hansen rapidly began to gain traction in the community. He garnered more momentum with air time on the UK’s prestigious BBC Radio 1, and was later requested by Romero to remix his ‘Let Me Feel’ single with Vicetone. Having played in all of the premier venues throughout Europe, specifically Ibiza, Manse is undoubtedly skyrocketing to international fame with his own signature sound – a fusion of big room, progressive, and electro.

1. You seemed to jump on everyone’s radar with your hit unofficial remix of Axwell /\ Ingrosso’s “Roar” but we can’t find much information on what you were doing before. Care to share some light on how your career began?

From the beginning i was producing for fun with friends, this was around 7-8 years back when I was in High School. I’ve always been a creative person so the music creation was truly something that I got myself satisfied with, but at the same time I saw a lot of challenges. I loved the feeling when a track was done (even though people were laughing at the tracks, I still kept going). After around 6 years (125 tracks later) I entered a remix contest that Revealed Recordings hosted (3LAU, Paris & Simo ft Bright Lights – Escape) and my remix was chosen out of 3500 submissions and later got an official remix release! This way I got in contact with the management and label of Hardwell, and also the first support ever was my unofficial remix of ’Roar’.

2. You’re known as a progressive house producer, but have you ever dabbled in producing other genres? Any secret musical interests?

Happy we cleared that out, haha! I also produce music under another alias called Stasius, where I produce Chillout/Movie Score/Deep House… mainly everything thats more downtempo and where I can express my emotions as well as in the Progressive House 🙂

When got in contact with the management and label A&R at Revealed I immediately felt they believed in my sound and music. This was a great confidence boost for me to switch the whole project up one gear. What I also feel with Revealed Recordings is that they are like a close family who pushes each other, and its amazing to get feedback from the NR 1 DJ in the world on my own tracks and on how to improve. What is really important to have in mind as a upcoming artist is to be patient, everything doesn’t happen over a night.. I had a hard time with being patient in the beginning, but then I realized I could spend all that time work on new experimental stuff before the career hits off!

4. Your original tracks are incredible, but it seems like you started making a name for yourself through your remixes. Tell us about your process in selecting tracks to remix, and are there any tracks you’d kill to rework right now?

When I get a remix request, first thing I do is always listen to the track carefully. I personally love vocal tracks, and always get enthusiastic when I receive a vocal track to remix (for example the Chills Remix, Escape Remix, Let Me Feel Remix, Never Let You Go Remix) all of them have amazing vocals and it was a pleasure to rework them. One song I really love at the moment and would love to make a remix on is U2 – Song For Someone, so much amazing vibes in there, and perfect for a crossover to Progressive House

5. Your songs give that indescribable euphoric feeling characteristic of music festival sets, and we can’t help but picture you gracing the mainstage at Ultra, Creamfields, and more. (Your recent Tomorrowland set on the Revealed stage was unreal, by the way). What’s the festival you’d most like to perform at, and why?

First off, big thanks for the kind words about my T-land set, appreciate it! That was my real first festival performance and it was an insane experience!! I really felt connected to the crowd (even though it was early in the day) people were jumping and had a good time! Tomorrowland is a big achievement for me since the festival has such an amazing reputation worldwide, and the concept is so creative plus the whole festival is arranged in a unique way with all the themes. The festival I would LOVE to perform at is definitely Ultra Mainstage in Miami, that festival also has such an amazing reputation and when you play the mainstage there, you know you have something unique in your Artist profile. When I was there last year and watched Hardwells set, I got goosebumps watching how he interacted with the crowd. In my mind I thought ’someday I want to stand on that stage and perform’.

6. In the same vein, are there any labels you’d love to release on? You’ve already set the bar pretty high with Armada, Revealed, Protocol, and more, but we’re sure there are a couple others on your mind.

Yes its amazing to already release music on such respected labels. I am really impressed by the label Monstercat, they have an amazing selection of releases and also the variety of genres is impressive. I would also in the future love to release something on Ultra and Big Beat since they release amazing music from creditable artist and also think my sound can fit their style well.

7. We can usually pinpoint musical influences by listening to an artist’s tracks, but there seems to be such a variety in yours. Which artists, or which styles, would you list as your inspiration?

My inspiration list mainly contains of downtempo acoustic stuff, movie score music (from Dexter Britain, Rhian Sheehan, Lights & Motion and more). I listen of course to a lot of house music, all from Hardstyle to Melodic Deep House!

8.  Each of your tracks gives such a distinct message. Do you lead with vocals, and then build an instrumental that goes with the vibe? Or do you build the instrumental first and then find lyrics that strengthen it? Tell us about your process when you’re producing a track.

It depends from track to track. For example the backing track of Freeze Time was made like 3 1/2 years ago with another acapella back then. No label was interested in the track so I just let it lay on the shelf for a while and get back to it later. I got to know the writers of Freeze Time (Claes Funke & Matias Lethola) via a writerscamp in Holland. Afterwards we established a friendship and they sent over some ideas, one of them was Freeze Time. I immediately fell in love with the voice of Alice but also the message of the lyrics. At that time I was finishing of the backing track from 3 1/2 years ago, and I matched the acapella of Freeze Time with that backing track, and it was a perfect match 🙂 And when it comes to my latest release ’Rising Sun’ with the amazing Chris Jones we met up at a studio on a writers camp also in Holland and I had an track idea, and Chris and his partner Willem Bakker started making melodies and writing lyrics on my track idea. What I love about meeting up in a studio is that you get to know each other, and you have a lot of fun in the process and you usually end up with something amazing. When it comes down to the actual process of a track I always watch a beautiful movie, which triggers my emotions in different ways. I always have my Logic Pro open when watching the movie and also the midi piano on the side, and then I just start to play some melodies on the piano. I later develop these melodies into a track (might be a deep house track, a downtempo chillout track or just an Progressive House track). Nowadays I can build my tracks without an apacella, but for 1-2 years ago I usually builded my arrangements in tracks around a famous apacella, that way you learn how to build a track like the professionals do and you also set a higher bar so you get challenged to make something professional. In the end its all about how many tracks you made, you learn new stuff after every track you made and I am proud to say I’ve done around 145 tracks so far since I started producing music.

9. Do you still reside in Stockholm? We know many of our favourite DJs and producers hail from there, but we’re a little in the dark as to what the music scene’s like in the city itself. How’s the nightlife for electronic dance music?

I do still live in Stockholm since I have my family and most of my friends here. When we are talking about the business of the music scene you have the biggest publishers and labels here like Universal, Sony, Warner and more that work with amazing singers and writers, which opens up a lot of doors for different genres. When it comes to the upcoming producers/artists you can see they are really supporting each other here as well which is amazing to see. In the beginning its really important to have someone to work with or just to switch ideas with, that way you can develop your sound but also help each other out, and especially here in Stockholm the opportunities are ideal for that.

I’ve been working the whole 2014 and 2015 until now on new projects, and I have ALOT of new music ready. The rest of 2015 will be packed with new releases (both collaborations but mainly singles) on different labels! A radioshow would be super cool, might be little bit to early but definitely under 2016 🙂

Link Up With Manse: