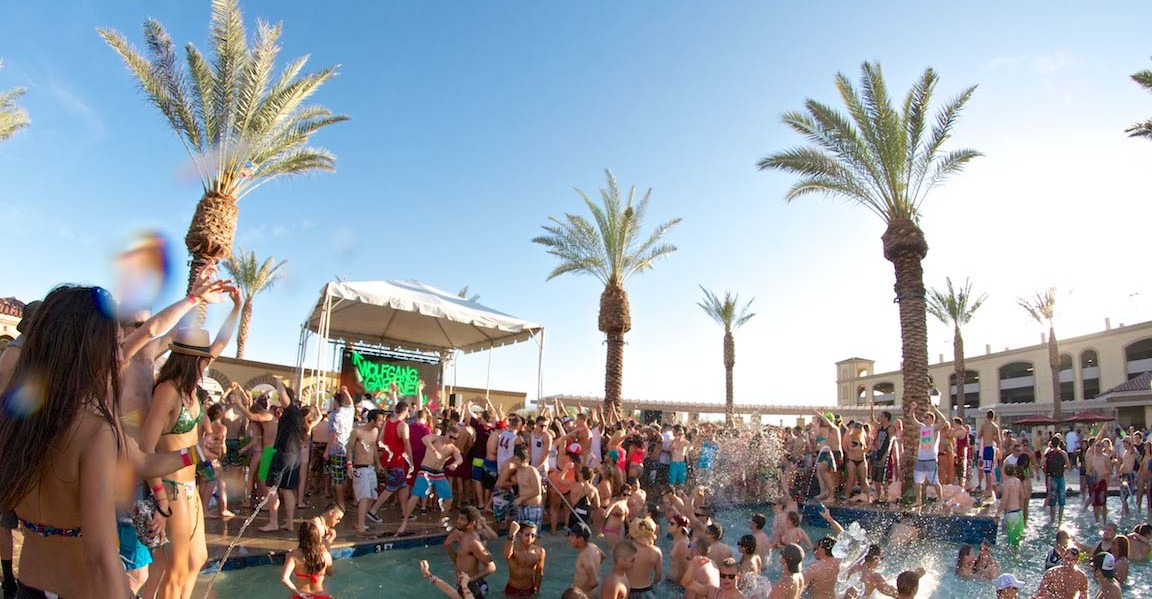 Winter Music Conference is back for its 30th consecutive year and is better than ever before, bringing together the biggest names in music from around the world for 5 EDM filled days in sunny Miami Beach, Florida. Last year, WMC featured over 1900 artists and attracted over 2 million visitors to its 400 events, and we can’t wait to see what WMC has to offer this time around. Although there are tons of events planned for the 2015 WMC, here are the 5 WMC parties HBT is most excited about.

Why we’re excited: As of right now, Spinnin’ Sessions has only announced about half of its lineup, giving us names like DubVision, Gregor Salto, and Jay Hardaway—a lineup that’s exciting in and of itself. However, what we’re most excited for are the 7 mystery headliners that the label has not yet announced. Yeah, it’s fun to prepare for a day like this: you binge listen to all of the music weeks in advance and get hype for the big names. But, Spinnin’ Sessions is implementing the element of surprise. There are so many big names already at WMC that we can’t even begin to guess who the 7 headliners are, but we couldn’t be more excited to find out.

Why we’re excited: Last year, Mixmash rocked the National Hotel with Laidback Luke, Chocolate Puma, Derro, Shelco Garcia & Teenwolf, and many more incredible dance music artists for the 2014 WMC Pool Party. This year, Mixmash Miami came out with its phase one announcement, bringing back both Chocolate Puma and Shelco Garcia & Teenwolf, and adding other amazing names like Moska, Solidisco, Tujamo, and Vinai. If this year’s Mixmash Pool Party is anything like the last, March 26 will be a day that goes down in EDM history.

Why we’re excited: Because why wouldn’t you be excited about Axwell, Amtrac, and dance music veteran Deniz Koyu, all at the Surfcomber Hotel to celebrate Axtone’s tenth year at Miami Music Week? If you don’t know Axwell (even though you should, because he’s fucking awesome), he is one third of the epic former group Swedish House Mafia, rated in the Top 20 DJ poll by DJ Mag, and he won all five Beatport Music Awards for which he was nominated. After Swedish House Mafia’s exit from the EDM world, Axwell and other SHM-er Sebastian Ingrosso opened the club “Departures” in Ibiza. Excited about Axwell yet? You should be—we definitely are.

Why we’re excited: First, the obvious reason—Cedric Gervais is incredible (and incredibly sexy). This Grammy award winning DJ’s biggest hits include his original Molly, along with unreal remixes of Lana Del Rey’s Summertime Sadness and Young and Beautiful. This year at WMC Gervais is taking over the Raleigh Hotel, teaming up with Nervo and other TBA artists for what is being tagged as “one of the sexiest pool parties” of the year. Cedric Gervais in a bathing suit? Count us in. We can’t wait to see what he has to show, both his music and his bod.

Why we’re excited: Nicky Romero KILLS the dance music game. We never thought it would be possible to beat last year’s kick-ass lineup at LIV Ocean Club, which showcased himself, Nervo, R3hab, Mark & Kremont, and other huge names in the industry. But, Romero somehow found a way to one-up his game this year for #PROTOCOL305, gracing us with his beautiful self, along with Deniz Koyu, Arno Cost, Ansolo, and other dance music gods. He also copped an amazing venue, moving from LIV Ocean Club to Mansion Miami. Need I say more? It’s no question why we’re excited for this one.