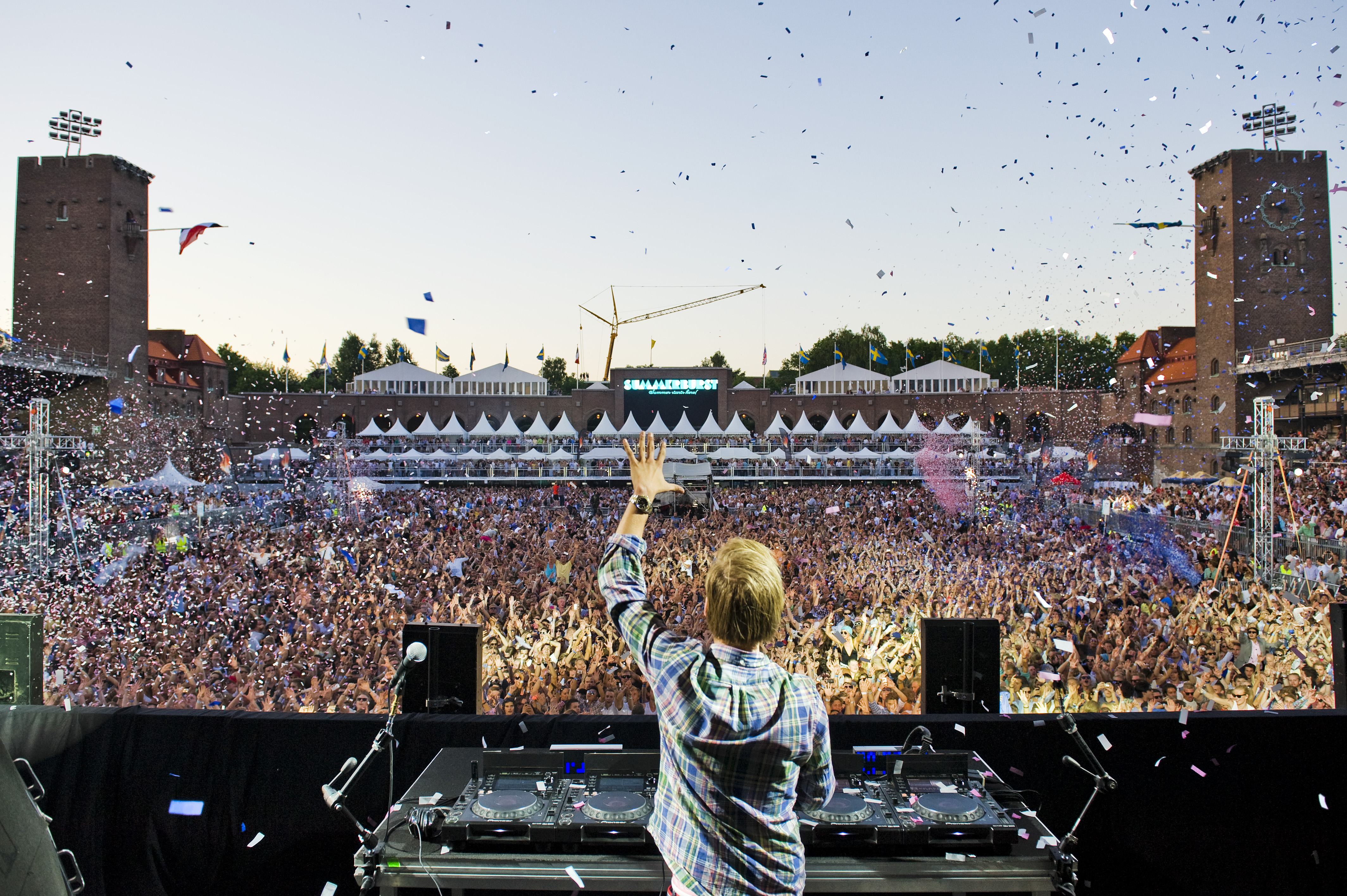 Everyone knows Sweden is notoriously one of the greatest EDM party countries in the world. With that being said, it’s not surprising that they host one of the best electronic festivals of the year. Summerburst was founded in 2011, but it has grown to epic proportions and it’s easy to understand why.

With two locations set up since the massive success of their debut, the residents of Gothenburg and Stockholm can enjoy easy access to Scandinavia’s premier contemporary music event. International music devotees still flock to the area to catch a piece of the complete madness of the festival, although tickets are well-known to sell out fast.

The hysteria following Summerburst isn’t without reason. Their first event saw the talent of Avicii, David Guetta, and Eric Prydz playing for a sold-out audience of 13,000 people. 2012 then expanded to Gothenburg, selling out to over 65,000 people between the two locations and showcasing Deadmau5, Avicii, David Guetta, Tiesto, Axwell, Sebastian Ingrosso and Dada Life.

2014 saw the peak number of 100,000 Swedes and international music lovers for complete EDM mania. Dada Life, Calvin Harris, David Guetta and Afrojack were amongst the most elite DJs at the event. Now, understanding how Summerburst somehow manages to get more and more impressive is a whole other ball park. You just have to trust us when we say that 2015 will be the best year yet for this event. With its fifth year running, you can imagine they will be putting on a great show for us. Avicii, Axwell and Ingrosso, Afrojack, and Dimitri Vangelis and Wyman are amongst this year’s headliners. The Stockholm show will be taking place June 12-13 and Gothenburg will be between May 29-30th, so get tickets while they’re still available and join the European frenzy.