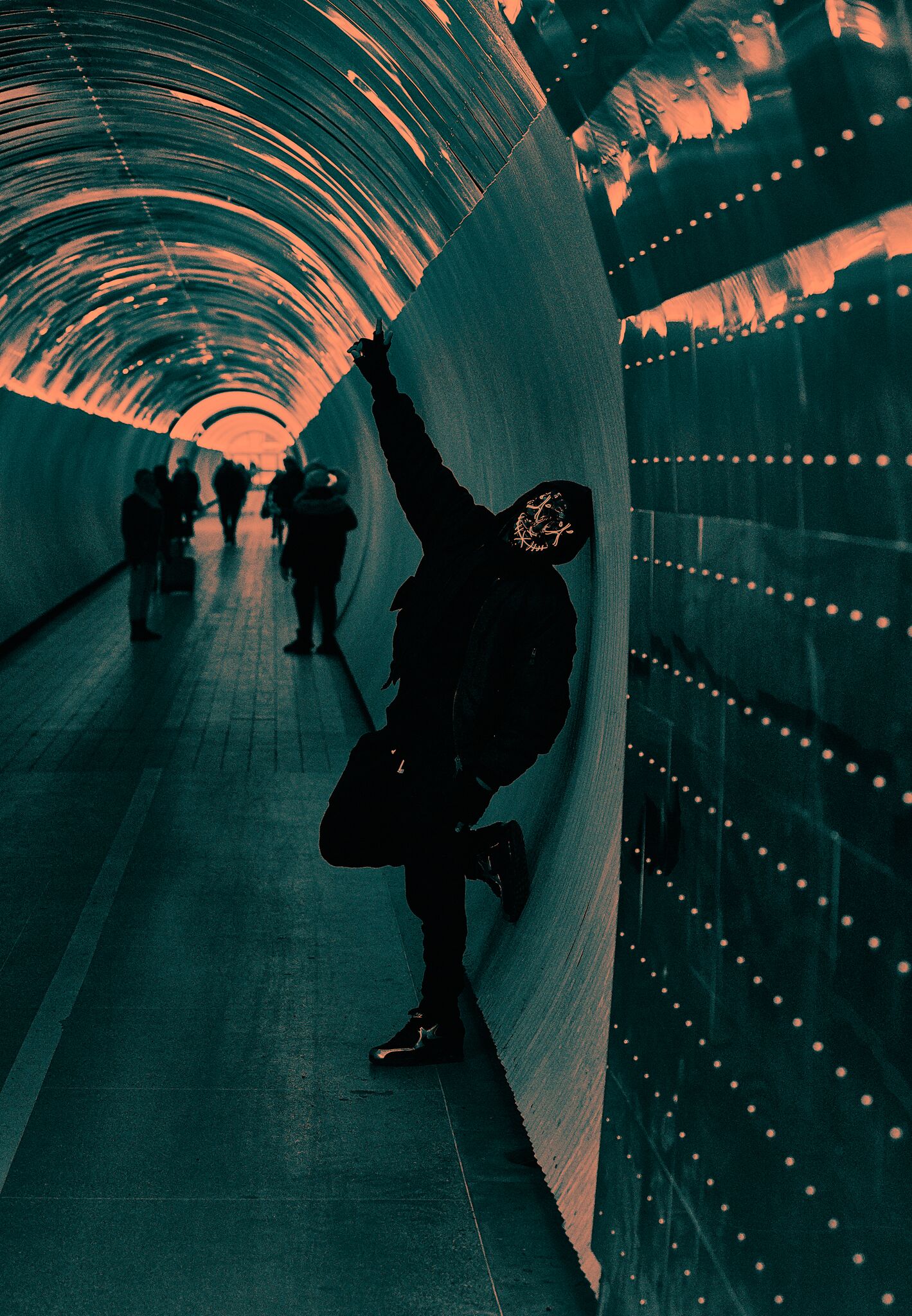 Had a hard time finding good stuff for my workout playlist so I had to create it myself.

You are one of the best up and coming EDM producers we have encountered on the internet! And your latest track amrica is one of our all time favorite Indian/EDM fusions. Could you tell us more about the Indian influences in your music?

That, my friend, is a very flattering and big statement. It must have taken many hours and lots of man power to search through all of the Internet 🙂 But Thanks tho! I humbly agree.
It’s Indian? 🤷🏾‍♂️… That’s fine. I’m not picky.  No for real tho, I don’t judge.

What is your creative process like when making a track?

Either, I first stare into the screen for two hours until I feel very uncomfortable. I then take a “Crower”. (Showering while crying violently) and to top it all off I watch the end of Lion King 2.

Or, I silently visualize the track. I hear it.

I go through it in my mind. From start to finish. The key, the bpm, the kicks, the snares, the layers, the top line. Everything.

When it’s done and everything sounds perfect in my head, I open Logic and simply re-create what I already made. Easy peasy!

”Love’s Gone” is another great example of how capable you are as a producer! The mixing is on point and the melodies/ideas are out of this world! Could you tell us more about your studio setup and some of your favorite plugins?

Merci! “Bows like the lead actor on Broadway always does in the end, you know… a bit too dramatic and a tad too long”

I do everything in my master bedroom.

Hah! Eat that, expensive studios with outboards and big mains and awesome mixing consoles and engineers and shit you don’t need.

I’m in Logic Pro X and occasionally in Pro tools (But it’s SO BORING) that I try to avoid it.

I mainly just use whatever comes with the daw. The built-in stuff in Logic is great. The compressors, distortion, delays, EQ’s works awesome.. (You just have to know what you’re doing).

However, I do like Sound Toys, Ozone and Serum, (I usually make most of my samples myself and then I load them into Machine or EXS24)

I also just started to f with OTT. So far, huge dissatisfaction.

Also, to any plugin-related people who might be reading this. (FEEL FREE TO SEND ME FREE STUFF)

Your brand and the mystery behind FIYAH is captivating, could you tell us more about how and why you came up with this character?

I think everyone should be Fiyah sometimes, he allows me to say and do the things I really want. Like telling my neighbors how annoying they are, be rude to dogs and also make music that’s actually good. He’s a breath of honesty and fresh air in a pretty polluted and deceiving f”cking world…

You have only started putting up music on soundcloud 3 months ago and you are already getting hundreds of thousands of views! How does it feel to receive such a warm welcome from the community?

He’s the hero Gotham deserves, but not the one it needs right now, so we’ll hunt him. Because he can take it, because he’s not a hero. He’s a silent guardian, a watchful protector, a Dark Knight.

I don’t really have goals. I make plans and then I just execute.

My plaaans though are to release a loooot of tracks. Originals, collabs, remixes etc. A lot of “big names“ supposedly reached out and wanted “my help”… so let’s see which ones I choose to be merciful upon!

I actually already remixed Kanye West and Lil Pumps “I love it”, Dj Snake and half the industry’s “Taki Taki” and Drake and Bunny’s “Mia”. I wasn’t supposed to upload them without asking permission first I guess so SoundCloud initiated strikes on my account twice already haha.. BUT (They are still somewhere on YouTube I believe, the force is strong!)

On my next release called “Domino” which I’m dropping in March I’m losing my feature virginity to an artist named MishCatt.