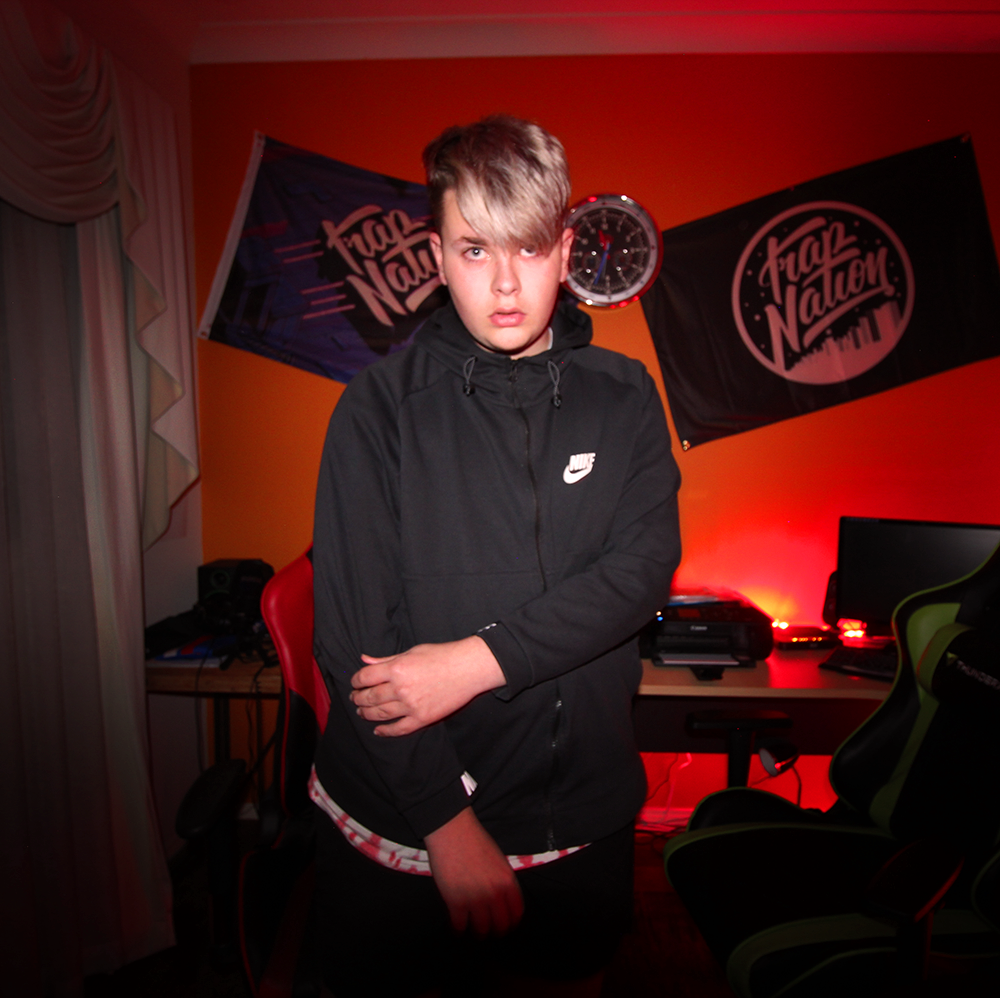 It’s kind of weird to say that I’m not from that much of a musical family, since I was the first one in my generation to really take so much interest into it. I remember when I was three years old and I was standing on the couch, dancing this one children’s song. I think it was “I Like To Sing” by Justine Clarke, or something along those lines. I can still feel the excitement that I had during that time, and I think that was one of the key moments that sparked my love for music from then on out. I then actually started producing around two years ago and worked really hard to develop my own sounds. Most people just assume that I’ve been producing for way longer, which is funny to me. 😉

You are one of the best up and coming musicians we have encountered on the internet! And your remix of “Shelter” is probably your best track yet! Could you tell us more about the story behind this track?

Thanks so much, that means a lot! When I first heard the original Shelter track by Porter and Madeon, I fell in love with it straight away because of it’s relaxing mood and all. Since it was the three-year anniversary of the track around a month ago, I felt like it was about time to put my own spin on it and bring some nostalgia, if that makes sense. After 5 hours of hard work, the remix was completely done, however I didn’t know when to post it because of how I was focusing on original work and school, as well. Luckily, I got in touch with the Trap Nation team well beforehand, just in case I could show them anything “special”. I hooked them up with a preview of the finished version, and surprisingly they loved it! Three days after that, I posted it to my Soundcloud profile and now I’m currently awaiting for them to upload it onto their YouTube channel sometime this month. 😊

My studio setup is pretty much just a gaming laptop some speakers, Audio-Technica headphones and a RODE microphone. To me, it’s all I really need to make music for now, but I’m hoping to make upgrades to it sometime soon. If I were to pick one plugin, I would say Serum is my most favourite one out of them all. I just love how versatile it is with sound design in general, it’s so helpful. Generally, I really like to make dark sounds with it, such as huge basses, brass presets and some 808 variation. Some other plug-ins I have that I also really like include Nexus, Spire and Sylenth1.

It really has to do with practice and dedication. I know that sounds cheesy to most people, but I really had to use a lot of free time in order to learn how to make anything sound professional. I had to get A LOT of help from my producer friends, as well. It is never an easy journey for anyone to instantly become good on their own. Getting that sort of help was essential for becoming who I am as an artist today. Without those people in my life, I wouldn’t be near as experienced today.

As for my musical background, I never really listened to what my friends and family were listening to. I was always more of an “electronic” kind of person; however Trap wasn’t my go-to back then. In my primary school years, I was more interested in Trance and the “beautiful flow” of the genre. At one point, I even got my Dad interested in the genre with me, although he was a big U2 and INXS fan. 😂

I did actually play the trumpet for around 5 years, but I had to retire because of the pain from my appendix surgery recently. I also sometimes play the piano and the drums nowadays, which really helps me with my composition skills for the producing side of things.

I’m working on an EP at the moment with a few people that I know, however I can’t really tell that much about it since it’s really personal! When I turn 18 in 6 months, I’m also hoping to release a few tracks with a few labels that I’ve been hugely inspired by and gotten good connections with, such as Lowly Palace and NCS. 😉