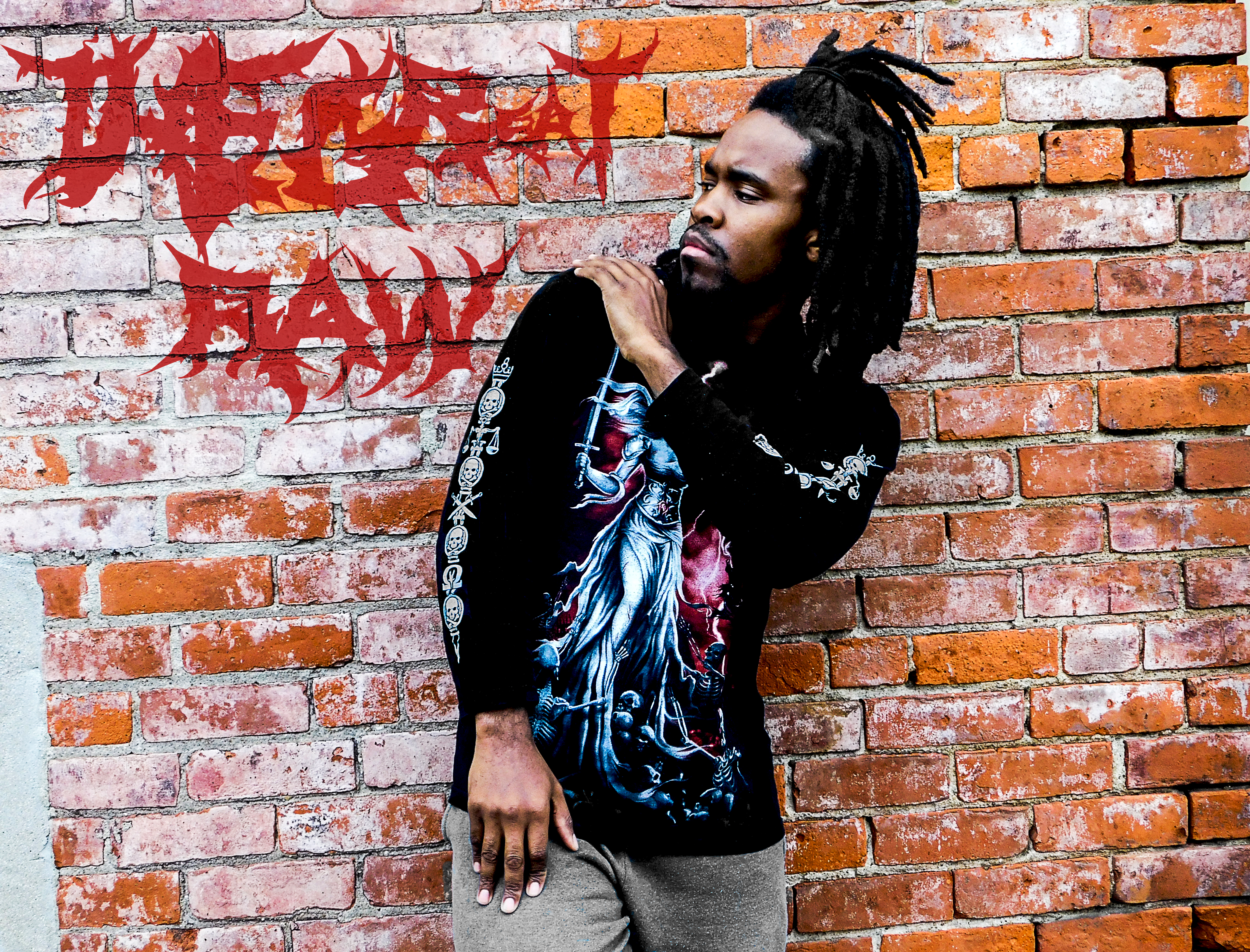 When I was seven years of age two of my older cousins would form a cypher circle and they would say “rap B” which was my family nickname ,which was short for my professional name Brian of course my rhyme scheme was very mediocre at that time no delivery or anything.However majority of my passion for music grew when I seen the movie Bill and Ted’s Bogus Adventure lol I know a bit cheesy to say but it was the song by Kiss “God Gave Rock n Roll to you” that made me want to take music more serious the feeling that  the song brought me I wanted to bring to others.

I grew up in the era of Nu Metal out of admiration, I tune into the styles of bands like Motionless In White,korn , Marylin Manson and slipknot, and I listen to how bizarre their songs are and after doing so,I say to myself what if I can make a similar melody without the guitar?The fact that I grow so tired of the basic or generic Drumpad instrumental you typically hear in the genre of Hip Hop is what motivates me to always keep myself different though sometimes the elements can seem unrelated to an listener with no open mind but this is why I call my work Chaos Music my work is a sound of infinite potential that evolves and is never contained or tamed by one dimension or any classification.

It seems like you already found your signature sound Do you have any tips for upcoming musicians that can’t seem to find their own sound?

The word inspiration can be translated to “in spirit” a musician must find a way to tune into the spiritual nature of music or in broader terms sound in general. Music is around us at all times you have a heartbeat, birds chirp, and even traffic…jams lol seriously the universe (uni)verse is one whole song the potential of one finding their own sound is in the confidence of their own expression. Musicians should by all means avoid limitations and the fear of how others will react to their work but stay consistent to the craft your sound will develop its own life because you dedicate to the process of creating that’s the key.

Your track “Galore” is your best track in our opinion! From its artwork to the Incredibly powerful sound we absolutely love it. Could you tell us more about the story behind this track? Also, what is your creative process like?

The story behind Galore is very interesting as the whole project was started based on an  Instagram connection,thanks to all the advantages the internet is now giving tools that are  ready to be used by any independent artist or entrepreneur who is serious about their career development.I was scrolling through my messages as I normally do just to reply to some of my supporters, when I received a message that read “hi, I listened to your work and decided to give this bit to you, if you want, I can drop the link to Google drive for free.” So with me being a passionate artist that I am, I gave it a listen and immediately wrote a chorus and a verse the same time I downloaded the track directly to my phone. Hikazano is the producer of the track ,though I  usually produce my own work.Hikazano showed the same passion I had for the craft so I had no problem composing a hit together as I could see the advantage to help another person grow along with myself in the process. My creative process is simple, I just feel and I manifest that feeling into words literally every time,the vibe of the song made me reminisce on past trauma that made me grow with fury to a mild version of insanity and thus came the theme for Galore.

I am a person who remains in the present moment so as of now  I am constructing my own digital marketing campaigns ,to raise awareness to all the singles I currently have out.The goal is to get the support of at least 1000 loyal fans then I shift this crowd to a demanding behavior of wanting  merchandise such as hoodies,hats and maybe a vinyl of one of my greatest singles.The future unfolds based on the work done on a daily basis,I have a vision of bringing some visual content to YouTube and once financial goals are met I will look into doing some gigs.

I have recently  completed an album but it is  not ready to be launched, along with roughly 30 unreleased singles ready for launch as well .However ,my focus is on having a craving audience before I release such material. I don’t want to keep releasing and missing musical goals.The title of this album will be called Gehenna though now I have set my mind to focus on the growth of a loyal audience. I will be sending the tracks for the album over  to a professional engineering team so the world will receive the best work from The Great Raw.

Connect With The Great Raw: