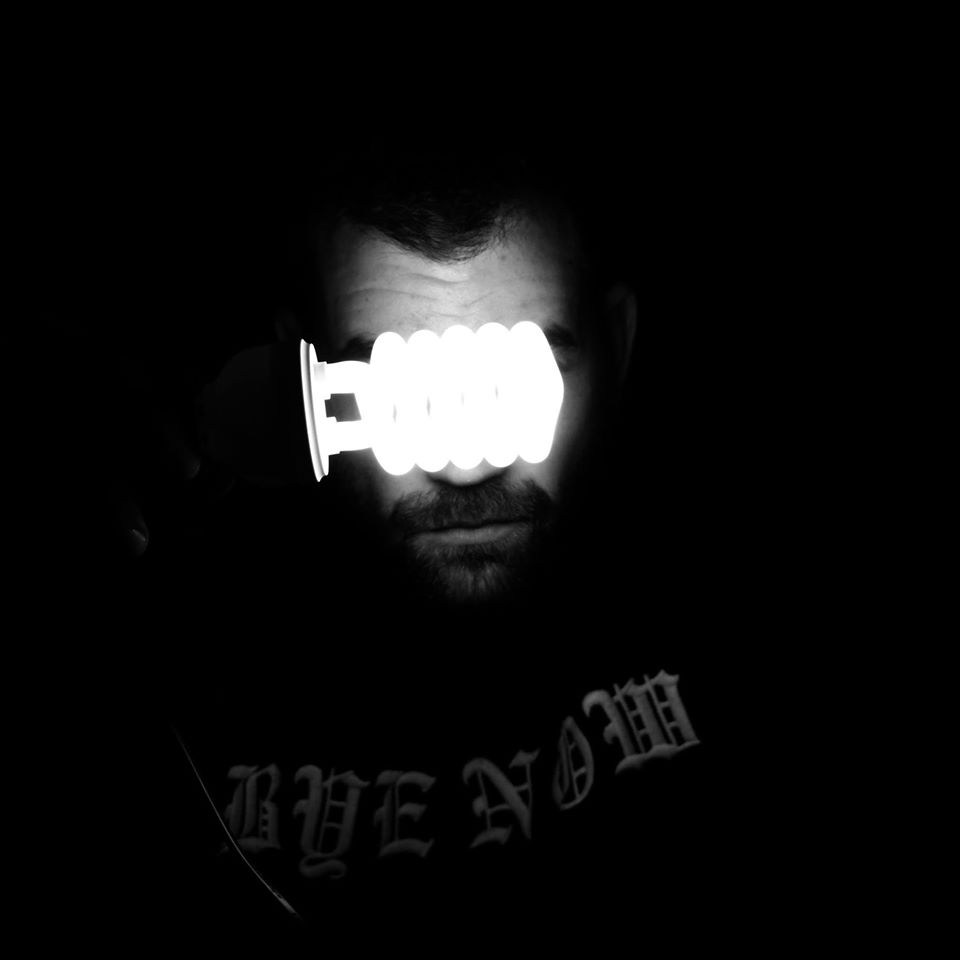 Music has always been a core presence in my life. I can’t think of a time when it wasn’t around in one way or another. In terms of producing my own, that is a relatively new development. The desire to create has always been swirling within, but it wasn’t until I went through a mental break that the songs started forming. For me, music became a lifeline. My life seemed upside down and I became listless. When I felt that the music I often turned to for help was becoming discordant, I turned inward to try and find some sort of resonance. Thankfully, I found something.

You are one of the best up and coming musicians we have encountered on the internet! And your track “Get Feral” is probably your best track yet! Could you tell us more about the story behind this track?

Flattery will get you everywhere. 😉 I see “Get Feral” as both an anomaly and a step in a new direction. I sat down with the intention of trying my hand at some sort of “pump-up” track – like something that you’d throw on when you wanted to let some anger out or needed some motivation to just crush a goal in front of you. That’s not what came out. At some point, I became faintly aware that I was more conduit than producer. Truthfully, I struggle to ascribe a clear definition to it, but I suppose I should leave that to critics.

It’s an affliction. I can’t settle on anything, and I’ve abandoned all hope of ever ascribing to a genre. I’m always on the hunt for something new and different and VSTs and samples are an absolute godsend for that. I use FL Studio 20 as the main DAW and use an assortment of Image-Lines proprietary plugins as well as gems such as Serum, Arturia’s Pigments, EastWest’s Composer Cloud, and whatever samples I can rip and chop up from Splice. I’m bad at playing favorites, so I just try to hunt for a combination that can stand out but still feel familiar. I also have two AKAI MIDI keyboards for when I’m craving a more tactile workflow, but it all tends to be used pretty fast and loose.

I think some of it might be my obsessive nature when it comes to the details. I gravitate toward complexity because I can lose myself in it. With producing, I’ve found a way to work with sounds, instruments, and melodies that I never tapped into previously. Growing up, I ran the gauntlet of everything from band classes in school to choirs and private lessons, and while I found some enjoyment in them, the desire to create music was diminished because it was assigned by another to me. Only once I was able to create on my own terms and answer only to the music itself, did it feel natural.

5. All of your tracks are very melodic. Do you play any real-life instruments?

I’ve fiddled about with the piano, saxophone, and guitar mostly, and a tiny bit of drums – but once I jumped into the world of VSTs, Plugins, and MIDI keyboards, there was no going back from me. There’s just something about the sheer level of control and creative freedom that comes from being able to manifest any sound that is overpowering, and at this point it’s an addiction I don’t want to shake.

Right now, it’s to find more time to work on the second album. I’m about four or five tracks into it, and while I’m happy with some of the results, there’s far more work to be done. In the long term, I would say that it’s bringing my company, Noumena, fully to life. Thus far it’s mostly a collection of my work across various mediums, but I’m cooking up a way or two to bring all the disparate elements together. 😉

Connect With V A L E:

Continue Reading
You may also like...
Related Topics:ambient, Electronic