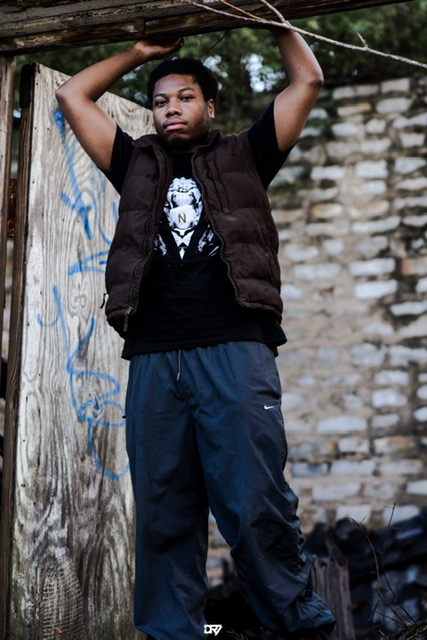 I remember driving up with my uncle to Allentown, Pa to pick up my cousin when I was 14 and he had a lot of classic cds from DMX, AZ, Wutang, Redman, etc and I was into the whole new school era where skinny jeans was coming up and I decided to listen to every one of the cds that my uncle had and it was at this moment that I started to appreciate and fell in love with hip hop. Then going into high school, I was watching mobb deep’s “shook ones” music video and listening to common’s song “resurrection”, after I dig deep into classic hip hop that when I took music seriously like its what I wanted to do.

Versatility, being versatile to me is important and it’s the main things that I do in my music in general because I want to put different feels into the music so I won’t have to stuck into the same style and flow throughout my career.

Don’t be like every artist that’s popping just always be yourself cause it will open a lot of doors being filled with opportunities in a good way. If people don’t like you for being you then fuck them. Always remain being yourself because it will bring you longevity in music.

Your track “Everyday Life” is your best track in our opinion! From its artwork to the Incredibly powerful sound we absolutely love it. Could you tell us more about the story behind this track? Also, what is your creative process like?

Honestly “Everyday Life” originally wasn’t supposed to be on the album because at the time my debut album was originally supposed to be a dark and horrorcore album but I kinda wanna balance it out by adding some positive songs onto the album to represent what the album is about by me talking about not only about my feelings and my life but also the stuff that’s going on in the world with a horror twist to it.

The story of the song started where I was sitting at home thinking about everything that happened in life but mainly in mines to where I just got fired from my first job while I was working on my music on my spare time because I threatened to shoot a guy after he pointed a knife in my face while we were arguing to which the guy also got fired on his end as well . While I was at home felling angry and upset that I felt like transferring that feeling into a song for the people that don’t have a voice to speak on that subject that they can relate to the bullshit that’s going on in this world.

I want to have a longevity legacy in music where I want to be remembered as being one of the best rappers in the world through my discography and to still be talked about forever whether I’m here on this earth or not.

I’m planning on working on my second album in the future along with doing shows and finding the right people to work with that I trust.

As far as my next project I’m actually currently working on my third mixtape called “Jaking For Beats” where I just freestyle over old and modern hip hop beats and I’m planning on releasing the mixtape before 2020 is over.