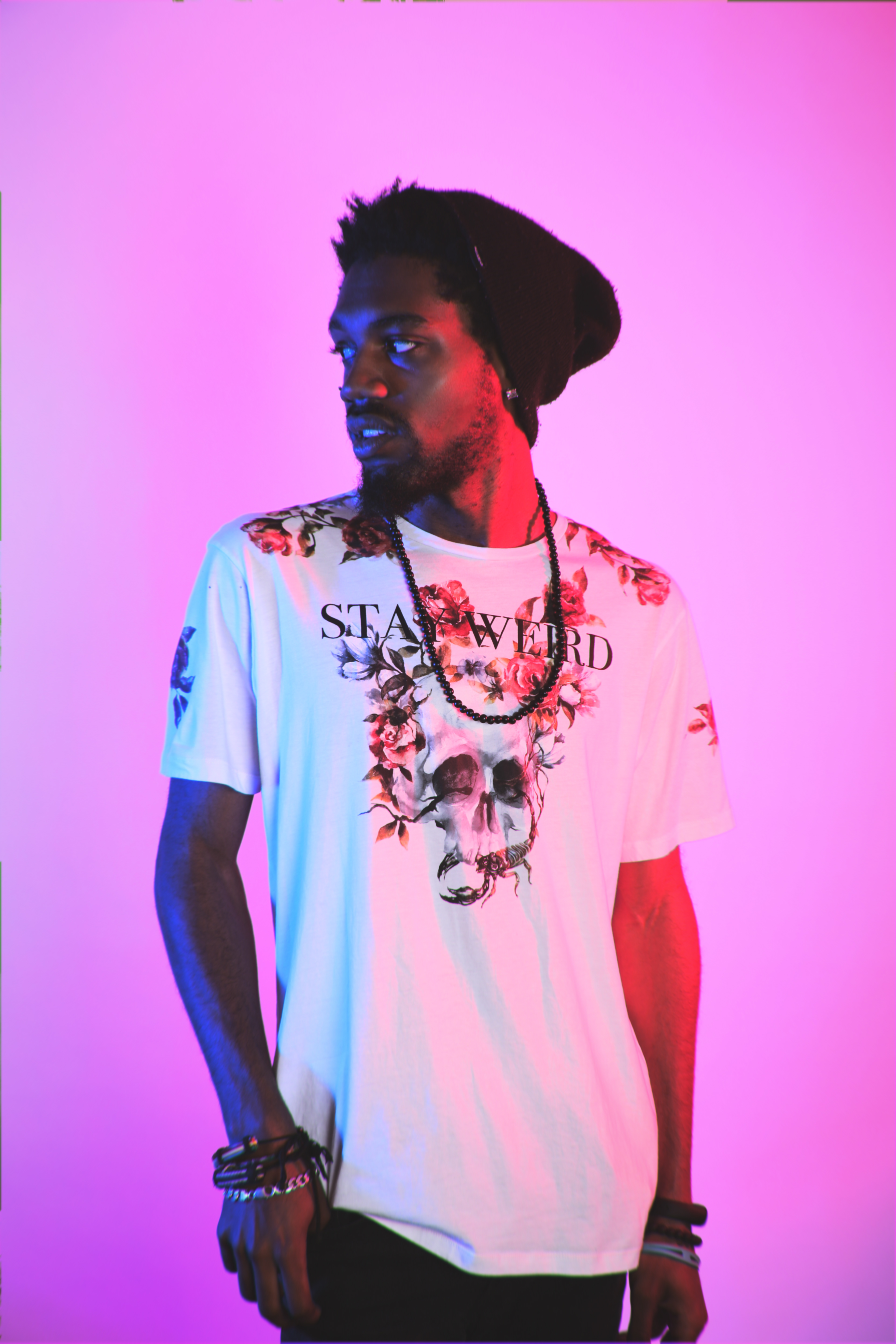 Music was always in my family – I had many relatives that were singers, vocalists or generally engaged with music artists so I felt like it was never too far away for me to get into it eventually. There was always music playing in the house or at family functions from RnB to Garage, Jazz, Reggae and Hip-Hop, so I think that subliminally gave me bases of inspiration to draw upon later down the line. IN terms of making the music myself, about 9 years ago, I was around about 12 when I was gifted a new game for my PSP called Beaterator made by Timberland and Rockstar Games. It had a bunch of beatboxing loops and melodies that you could just drag and drop to make something wavy out of it! I couldn’t put it down – of course the first couple of ideas I made were really bad but I definitely felt hooked on this whole music making journey from that point onward.

You are one of the best up and coming musicians we have encountered on the internet! And your track “Starsurfer” is probably your best track yet! Could you tell us more about the story behind this track?

I really appreciate that, it means a lot! Yeah I would consider ‘Starsurfer’ as one of my most involved and emotive songs I’ve released. I started the idea sometime around September 2018 so it was in development for a long time because of the way I wanted the end result to sound. I kept hitting roadblocks along the way in terms of arrangement, mix-down  issues and generally being dissatisfied with how the song was coming along, but I knew somewhere that it had this extravagant almost grandiose vibe waiting to be unleashed. The first drop went through multiple changes and I regularly sought feedback from respected producers as to how I can make it the best it can be. So, almost a year goes by and during that time I felt like I had almost the emotional capacity to sit down and properly finish it. I’ve always been an advocate of instrumental music telling more of a story than those with lyrics and I felt this song painted a picture of you, the listener, transported through the cosmos with all the trials and tribulations of your intergalactic journey hitting full force one after another until reaching the ultimate destination wherever that may be. I literally wanted you to surf the stars.

Fusion and genre-bending is definitely my style! I’m also a huge fan of field recording and foley work so incorporating that into my work has always given me interesting results and sounds. My ‘studio’ setup only consists of my laptop, Beyerdynamic headphones, and KRK Rokit 5 monitors – so I’d consider it a pretty simple setup but I’m planning to expand with more hardware and software in the future! I produce using Ableton Live and I’m a big user of all the stock plugins they have in there like Operator and Analog. I love third party plugins like Phaseplant from KiloHearts, Serum, the Izotope and Fabfilter bundles and Valhalla reverbs!

Thanks so much! So, I started making music seriously in secondary school – just hiding away in the music classroom labs jamming on some of the equipment they had there. I used to cut it up on this Korg Electribe EMX-1 and record what I made into Pro Tools M-Powered 9 and finish it in there with me on the MIDI keys every now and then. Then I started to use FL Studio 9, met a bunch of smaller American producers on Youtube making hip-hop beats with video game influenced samples. We formed group called ASTRO and used to upload our newest beats just to try impress each other on who’s leveled up with their sound. It was a really thriving and supportive environment to start making music in. Then I switched to Ableton with the help of the AV technician of our school at the time that goes by Monson and he really mentored me for the next couple of years using the program and teaching me about song structure and synthesis since we were all heavy into the EDM scene.  Genres like Dubstep, Drum and Bass and Glitch Hop are incredibly reliant upon pristine synthesis and complex drum programming – so moving into the most complex genre fields for a couple of years definitely helped my theory and knowledge so that developing my own sound fused with Future RnB and Trap became easier. After that I rooted myself in trap music circa 2013 hanging around many artists and labels/collectives now known by different names and that really helped me find exactly what I wanted to pursue and make.

Yes. I play piano (keyboard also) and guitar. I’ve messed around with bass guitar and drums but not enough to perform yet. I hope to learn to play the saxophone in the near future as well.

My goal really is just to increase my musical presence and keep developing my sound to the point where it’s noticeable. I’m involved with some UK projects including some MCs that were in Roll Deep, that’s in the works. I’ve got a ton of collaborations in the works with some phenomenal producers and vocalists and I’d like to say there’ll be an album underway soon.

Continue Reading
You may also like...
Related Topics:lofi, rnb, trp