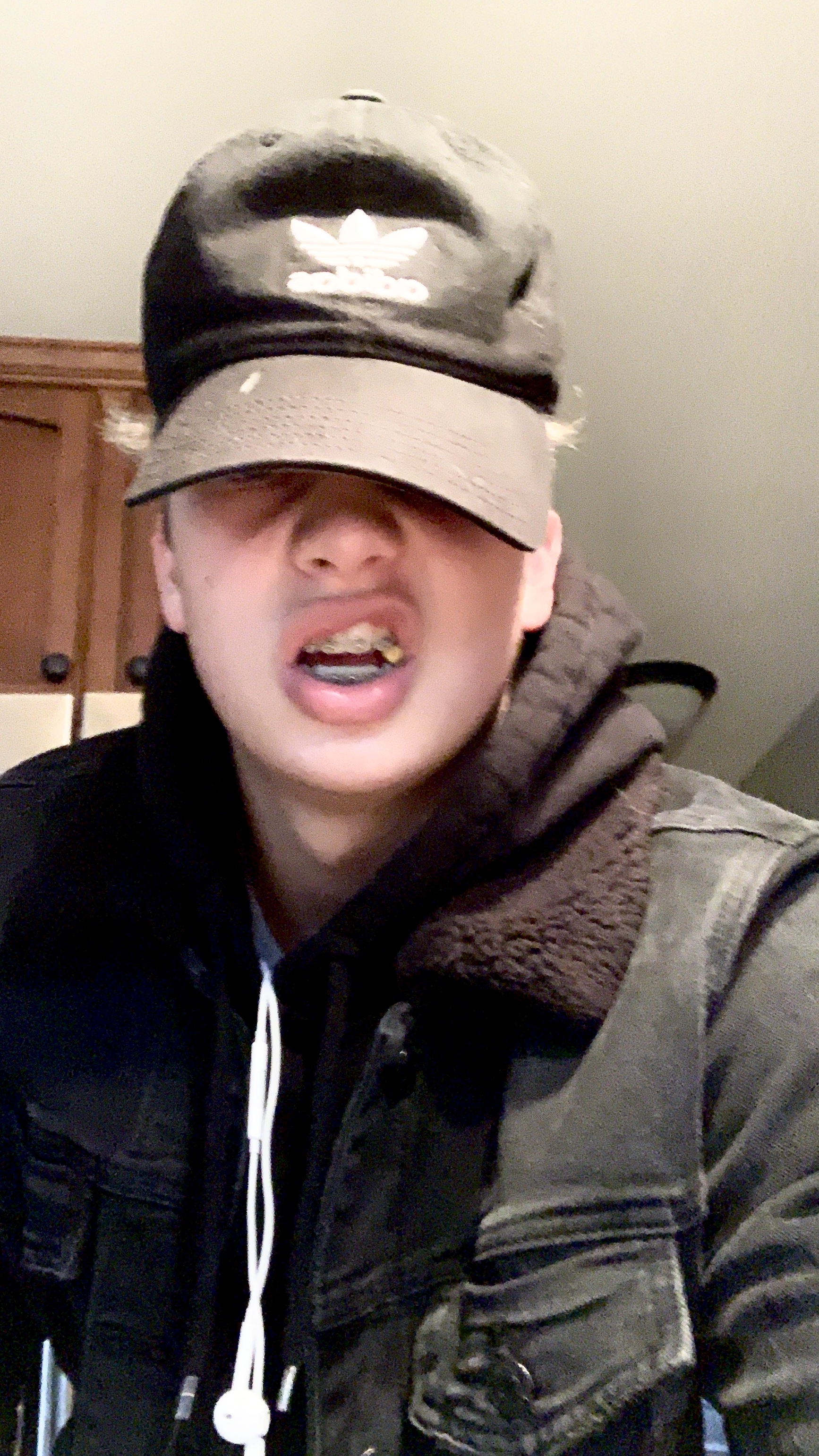 I first got into music when I was 10-11 ish.  Around there. I would listen to a lotta boom bap rap like Tupac and Jay-Z and Eminem. I really only liked old school for the longest time. I remember in 2015 I had a musician homie named Yung Baphomet. He showed me mumble rap. At first I hated it but then it grew on me. Then I took off making my own music.

You are one of the best up and coming musicians we have encountered on the internet! And your track “Black Bear” is probably your best track yet! Could you tell us more about the story behind this track?

Thank you, I really appreciate it. Black Bear was honestly a song I wrote in like 20min. It was fast. I found the beat on SoundCloud and I bought it through Instagram DMs. I recorded it and put it out. It’s really just a story about a girl that has nothing and she uses you to get everything. But the only reason you get with her is because you’re lonely lmao.

That’s kind of a weird question it’s cool though. My studio setup is a microphone from Best Buy and a computer I found in the trash. I’m broke right now. This past winter I bought FL studio and I use everything there to make beats and mix. 2 weeks ago I bought my first plugin, XPand2. It’s really good I like it.

I like to experiment with new sounds because that’s how one grows as an artist. I got inspiration from artists on SoundCloud making gritting music. Grit was the name of my first EP. Now I’m dropping one song a week until the end of summer. I’m excited just to make that’s all I want to do. I want to create.

Thank you. I appreciate that. I don’t think I have a professional sound. I have no audio engineer. It takes me hours to mix some songs. Like I’m not a professional artists at all I only got 240 followers on SoundCloud lmao. But I’ve been practicing making music since I was a freshman in high school. So hard work reaps benefits I guess.

I do not play any real instruments. I’m learning piano though. I bought a keyboard and I got melodics. I’ve been learning.

Oh nah I remember in 6th grade for music class I learned the ukulele.

Ya. Like I mentioned before I’m trying to drop one song a week. Hopefully this can get me a fan base. I feel like consistency is key so I’m doing this one song a week thing. At the end of 14 weeks I will have a full album done. Then I want to keep releasing singles after that.

Thank you for this opportunity.