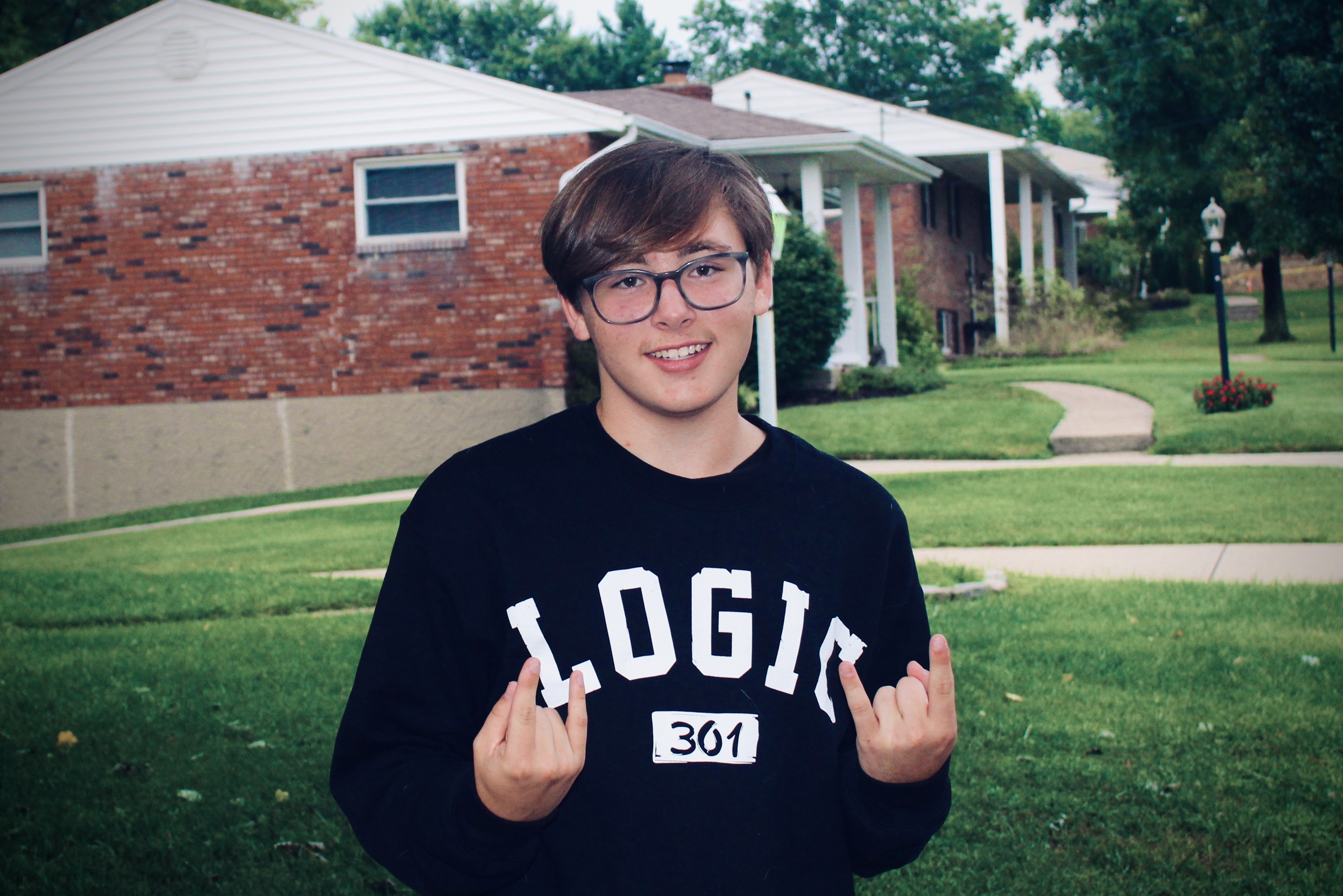 I’ve always had pretty bad social anxiety, low confidence and during high school a pretty bad depression issue. I’ve struggled with loneliness and grief. And so whenever I deal with these things I try to find a positive outlet that will allow me to grow rather than something destructive. So at the end of 2017 my grandpa had passed away and It brought me a lot of mental health problems. I was pretty lonely at the time because I had been living an hour away from school so there really wasn’t any way I could see friends. And this all really just added a lot of anxiety and lack of confidence to myself. That’s when I remember discovering an artist that goes by the name of “Logic” and that’s really when I got drawn into music. I had always listened to music as more of a background thing but this time it was different because I really felt like I had someone who was speaking to me and guiding me through my hard times. So naturally this is what drew me into wanting to create my own music, I know that there are lost kids out there who maybe don’t know their place or their purpose right now and I want them to know that it’s okay to not know. In fact I’m on that same path right now, the path of discovery and growth.

Well quite simply I love all genres of music. I love rock, I love alt, I love rap, I love when people cross genres together, I love music. I’m a music lover so I’m always looking for new sounds and new styles to implement in my music and I think also as someone who is from Cincinnati, there aren’t really a lot of mainstream rappers or sounds associated with this city. So I’m really drawing inspiration from all the music I listen to, and I’m trying to show people that my music has variety. I think it would get very boring not only for listeners but for myself If every song I recorded sounded exactly the same.

I’ve been working on music for almost three years now. My sound three years ago sounds nothing close compared to my sound now and it will sound different in a month! If I had any tips for upcoming musicians I would say this, you have to follow before you lead. What I mean by this is simply just listen. I’m from Cincinnati so there is no real defined sound in this city for hip-hop. This pushed me to be influenced by rappers from every part of the country so my sound in the beginning sounded very similar to the people that I listened to the most. That’s okay! Imitate people, learn what sounds good with your voice, learn what styles work for you, try to imitate every artist you can. I know it sounds bad but honestly you’ve got to follow those that did it before you and learn from them before you can craft your own sound! And as you learn and begin to write your own music you will start meshing styles together forming your own sound!

Your track “Woah” is your best track in our opinion! From its artwork to the Incredibly powerful sound we absolutely love it. Could you tell us more about the story behind this track? Also, what is your creative process like?

Thank you so much I’m glad you enjoy it! Yeah so I had this beat that was produced by “lvl” that I had been sitting on for a while now. I have a folder of hundreds of beats that I know at some point I’ll want to write something to even if I don’t officially release it. So prior to this song I had this artist who goes by the name of “Young Demon” hit me up on soundcloud wanting to collaborate. This was probably a few weeks before we actually got around to “Woah” and so I checked out his music and thought it was super dope how he really didn’t use any autotune at all and his vocals were super raw. So we collaborated and created a song called “San Francisco” and both were really happy with it. I talked to him about working on another song sometime soon and he of course agreed and that was that. Well fast forward a few weeks later I come across this beat again but I’m sort of stuck on what I wanna do with it. Usually when I’m making a song I play the beat a few times and just freestyle flows to the song. I came up with this idea, what If I just did ad libs as the  chorus or hook of the song? So I record just the “Woah” part of the chorus and I touch it up, add some delay and reverb to give it a lot of ambiance and space in the song. Then I freestyle the rest of the flow for the chorus which is usually what I do with every song just so I can know the rhythm. At this point I know how it will sound. I just now have to replace the flow with words. This is where the actual idea of the chorus comes in. I couldn’t decide what I wanted to write about so I went to a friends house that night. We smoked some trees because smoking tends to allow me to relieve a lot of my social anxiety. I have really bad anxiety in social situations where I feel very suppressed like I can’t express my personality so smoking allows me to not have to worry a lot of times. I go home the next morning and that’s when I get the idea of making a song about simpleng kicking it with your pals and smoking a bit just to have a good time and not have to stress about life. The song is quite literally that simple. I freestyled the lyrics in my head, placed them into the flow, wrote them down into my phone and then recorded it. The song is about basically smoking as if it were a vacation, a trip away to relieve some stress. I instantly knew that this song would be dope to have “Young Demon” on because I use a lot of autotune and he uses none so the contrast is super dope. So I recorded my part of the song in maybe twenty minutes, sent the song to him. Young Demon messed with it instantly, sent back his part within a day. I created the cover art real quick and then uploaded it!

My musical goals are to always improve and grow. I want to work with more artists, get my music out to more people, evolve and create different kinds of music all the time! My musical goals for now are just to learn and to keep growing!

I have so much planned I can’t wait to show people what is next! I will always be dropping singles for everyone on soundcloud in these upcoming months so look out for those! As far as projects I have three projects planned for 2020. One project is already released titled, “What Happened?” and In April I will be dropping the follow up project to that, “What Happened? II” which will center around self growth and learning to deal with stress, anxiety, depression in stressful ways and to focus on the future not remain in the past. It deals with a lot of topics but it’s a follow up pack of five songs for you while you wait for the official debut mixtape! There isn’t much that I can say about the mixtape right now as I want a lot of it to be a surprise but the title is “Good Morning” it will incorporate a lot of sounds you’ve heard from me before but also new ones! It is set to release in fall 2020 so get excited for that, I have a lot to prove to people and I can’t wait to deliver!