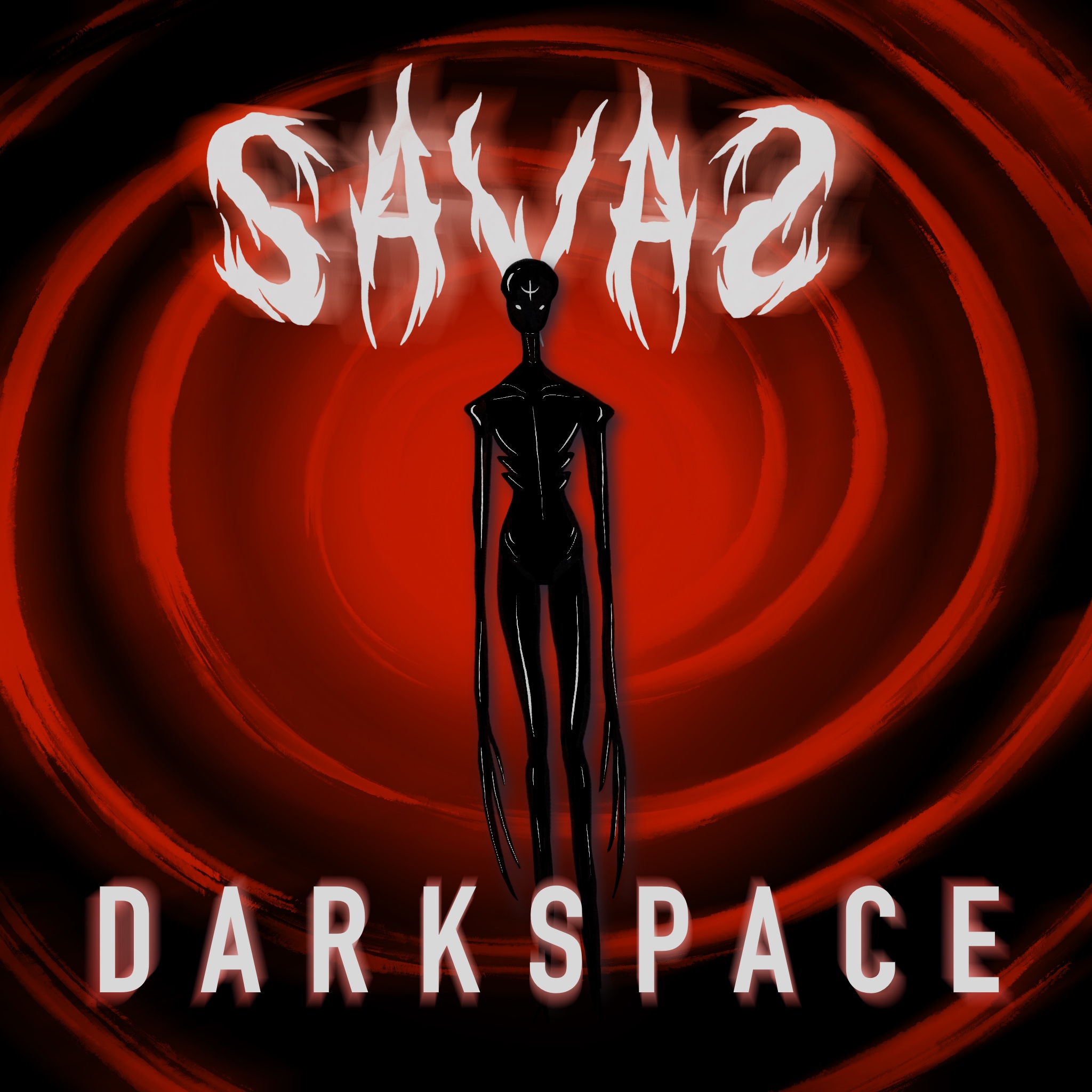 You are one of the best up and coming musicians we have encountered on the internet! And your track “DarkSpace” is probably your best track yet! Could you tell us more about the story behind this track?

First of all, thank you so much! Darkspace is the third installment of my mid tempo style songs. As you might’ve noticed, my slogan that I put in my socials is “Cursed Music”. In Darkspace, unlike in the previous installments (Heaven’s Gate and Entry 741021), I wanted to fully elaborate what I really try to mean with this “Curse” throughout the entirety of the song. I wanted to have an industrial, dark, spacey, and cold sound design, almost if I want to draw in the listener’s head an imagery of a dark void where it is so cold and so dry that no living being can survive in it, it is an abyss with nothing but full of darkness. After it says “Darkspace” before the drop, I wanted to create an imagery where the listener is pulled in a blackhole, where it becomes full of bass, and chaos.

Indeed! I love to experiment with different genres, I may be making dubstep one day, and the other day I might be making another midtempo song, and so on… I love to break out of my comfort zone and improve my production skills by composing in different genres! To be frank, I do not have too much of a studio setup. I have my macbook pro 13 inch 2015 model, Ableton Live, my external hard drive full of my sample libraries, my headphones, my launchpad, and my JBL monitors. And most of the time I just use my laptop, hard drive, and my studio monitors. I use a lot of Ableton Live stock plugins, in my opinion they are very well designed to have a fast workflow, and they sound good enough for what I do, however, also, I do not hesitate on using external VST plugins. I love using Serum for creating my own sounds, also Kv331 Synthmaster plugins have some great presets! I use Kontakt when I want to bring in some real instruments in my compositions, and there are some amazing choir/human voice sounds there! For my mixing and mastering, I use Izotope Ozone and Neutron for mix/mastering.

Thank you 🙂 I think I owe this professional sound to three things: curiosity, practice and determination. I set myself at least an hour per day to make music, or something related to music production. When I feel like I am having a writer’s block, I do things such as sound design sessions, watching tutorials online about production techniques, or simply I spend time learning about music marketing. I ask around for feedback from other producer friends, I had no idea that I could learn so much from other producers! Also, when it comes to music production, I always assume that I will never stop learning, this industry’s standards for quality change so fast, I always think I have to stay on top of my game with an immense hunger for knowledge.

I was classically trained. It all started with my father buying a piano for our living room, then I was playing around with it that night. Later I learned that I will be taking piano lessons. I learned my music theory thanks to those lessons. When I was in middle school, I realized that I liked electric guitar a lot more, because of how heavy it sounds, and almost all the songs I liked back in the day had it in them. I was a huge fan of 80s/90s hard rock and heavy metal. I took some classes for electric guitar, bass guitar, and classical guitar. I performed at various stages as a lead singer and guitarist, I even had a metal band at one point. Later in high school, I discovered dubstep thanks to the internet culture, and some of my friends back in 2011. I fell in love with Skrillex’s First of the Year (Equinox) song, it sounded heavier than metal I listened to and was full of bass! I knew about legends such as Daft Punk but it was the entire dubstep scene back then that got me into electronic music production! I immediately fell in love with dubstep the first time I heard it! I experimented with several Digital Audio Workstations, and I found out that Ableton Live was the perfect fit for me! I worked with Ableton Live on and off during high school, just for fun, but during college, it really started to become my passion. I started to meet new friends who have similar interests, and the college party scene was the first time I had hands on experience with turntables and DJ ing, I even DJed at the nightclubs around my college town in Indiana! This is also when I started to release songs with a more serious intent. Since I have moved to NYC, I have been DJ ing mostly at Brooklyn, writing tunes that are heavy and full of bass, and releasing them when I can! I also make songs with my sister Sera Savaş on the side, she is an amazing singer!

Exactly! I try to keep my songs more on the melodic side! I believe melody is the most important component when making music! I mainly play Electric Guitar, Bass, Classical Guitar, and I have taught myself Drums. I can also play piano but I am probably rusty by now!

My goal for the coming months is to release some songs and grow my fan base, reach to the people who will potentially like my music. While doing that, I still need to finish up some songs that I have started, to prepare them for future releases! This year, I’m trying my best to not abandon songs that I have started working on. In the upcoming months, I will be releasing more mid-tempo style songs, one with RAYN and another one with Polykrome, and I honestly love what we came up with in both projects! We got along pretty well and we enjoyed the process! However the most exciting news about upcoming releases arrived a few days ago: I will be having a release on Elysian Records on November 25th with a possible feature from Trap Nation! The song’s name is “Way Too Much”. It will be unlike anything I have released before, and I am really really excited for it. It will probably be the biggest release I will have in my music career so far!