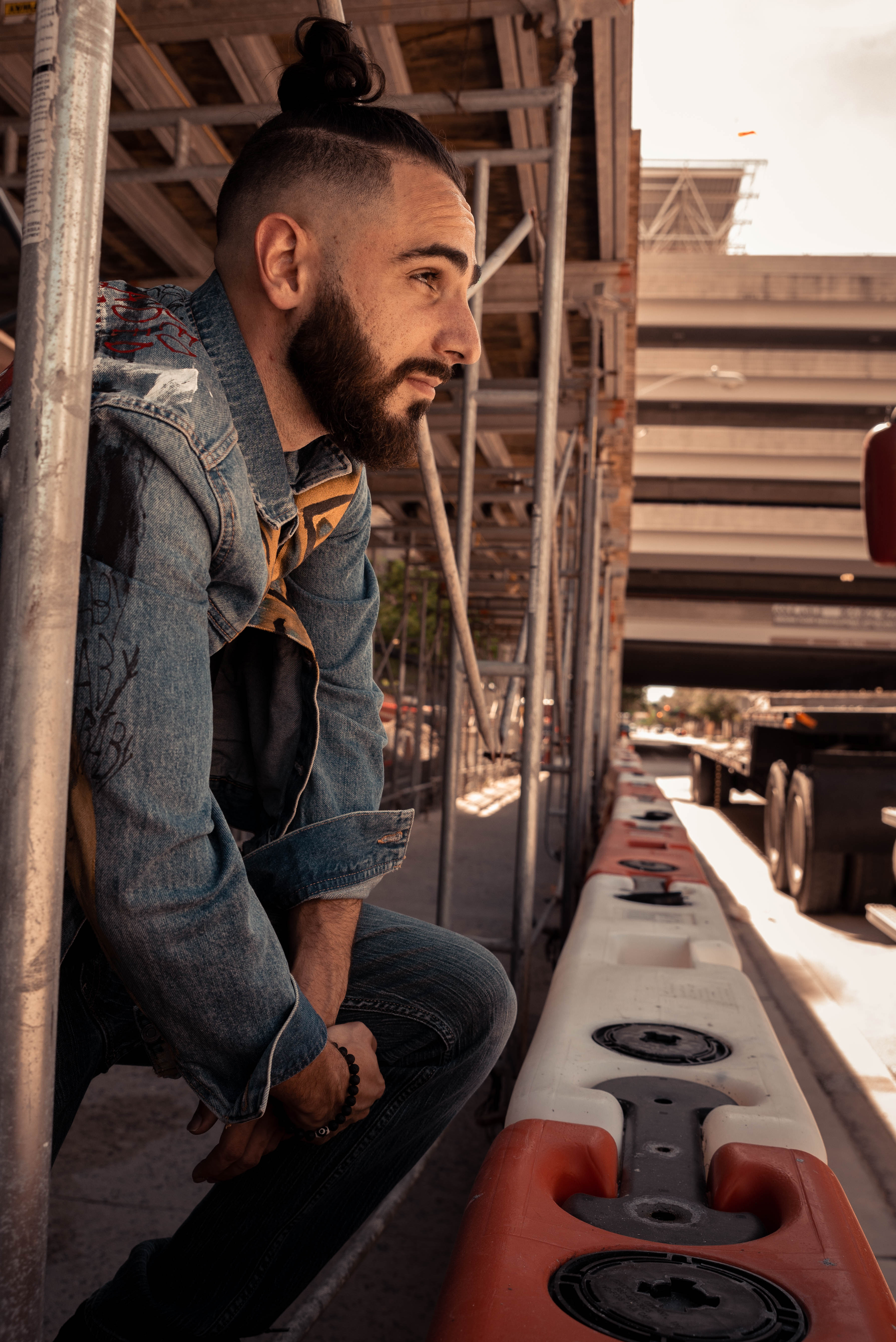 What first drew you to music

Rever Deep: There were many things that drew me to music. When I was in high school Punk rock music really helped me get through tough times. But the one event that made me direct my life path to music was when I was 15 and I saw my cousin had his first performance singing in a band at some restaurant after hours. He did an amazing job and it got me wanting to play guitar. I came to find out later that there was a video of me when I was like 4 years old opening christmas presents and I got this plastic guitar and was acting like a rock star. It was too funny. After the performance my cousin did, my brother had a music class in his elementary school where he was able to bring a guitar home to practice on and he wouldn’t use it much, so I did. It was meant to be.

Scootsmac: I have loved music as long as I can remember. I started playing music at 12 and by 13 had built a studio in my parents basement. I used to spend all my time playing guitar and harmonica like Bob Dylan or jumping off couches while playing punk songs like Billy Joe Armstrong. I grew up in Omaha, Nebraska which is the home of Saddle Creek Records, so I was also very influenced by the wide array of artists from that label and dreamed to join it. After many years of playing in bands locally, I decided to start moving around to expand my horizons with music, and the draw continues to be strong.

How did you achieve such a great signature sound in such a short time? What is your creative process?

Rever Deep: For that song I was inspired by Ganja White Night. Listening to them was the first time I heard bass sounds that weren’t big sounding but still hit really hard. Making this song was by chance. When Scootsmac came to the studio he just brought over a couple beats he made in the past but haven’t done anything with. Once I heard the reggae feel in this one I knew it had potential. So I started making the drop.

Scootsmac: I kinda had a feeling he was going to gravitate towards that beat. I was a fan of Rever Deep before I got to know him, so I knew the vibe he worked with. We both agreed it needed a proper drop. He got some key sounds of the drop going and then we both just started throwing ideas out and trying different things til we got to the final product.

Rever Deep: When I work on drops, I always start off at a clean slate on serum. It helps me be more creative to switch it up from last time and not forget how to use my plugins. Kinda like when you have your phone save your password and then eventually you forget your password when you have to login on a different device (laughs).

Scootsmac: When I made the original beat that ultimately became 5-0 with Rever Deep, I actually started it as a hiphop edm trap fusion sort of vibe. I think I wanted to get a rapper placement at the time. The flutes were definitely Atlanta trap inspired, but it also had that edm reggae vibe that’s more inspired by Skrillex, among others. This got me thinking it could go a different way. I wanted to take both inspirations and create something that was mine. I didn’t sample anything, I just made all the sounds in Sylenth. I think a cool thing with this collab was that all of the melodic sounds in the verse and drop were original sounds we created.

Rever Deep: I got the Yamaha’s hs7 speakers 8s8s sub with a saffire pro 40 interface. I got my studio set up in the garage because of the walls being concrete it helps with noise control and gives me enough space to have a vocal booth, a dj table, and a space for the most important thing… a couch. Other than serum I fell in love with fab filter eq limiter and saturn, labs by spitfire audio, and massive x. Massive x I found very limited with the way they decided to set up there lfo functions which helped me be more creative with making one shots on there having to rely on only envelopes. Labs by spitfire has some really good samples on there that are so clean and plus its free.

Scootsmac: It’s funny you say that about massive because I think I had some massive sounds in there and we decided to remove all of those during the collab (laughs). I got nothing against native instruments, but massive just hasn’t been my best friend. The majority of my tracks have been made using Sylenth, and more recently Serum. I’ve got a home studio in my apartment in Miami Beach. I produce in Ableton and use many of the same plugins Rever Deep mentioned. To name some others, I really like Waves C4 and C6 multiband compressor, Rverb, H-Delay, EFL plugins. Honestly though, I use a lot of stock plugins from Ableton too.

Do you play any real instruments

Rever Deep: After Learning guitar and being in my first band I found it extremely hard to find a bass player. It seemed like everyone wanted to play guitar for the spotlight. So I said screw it and took it upon myself to play bass for a couple bands that I wound up being in full time. I ended up loving it more than guitar as slap bass became my favorite style. When it comes to producing I was able to transfer my music knowledge from guitar and bass to figure out the piano on my own.

Scootsmac: I also started playing guitar first (laughs), maybe Deep is on to something there with everyone playing guitar. I played in a bunch of different bands of pretty much every style, so I was able to play around with keyboard, drums, and bass, and so learned those also. My most successful band was a reggae/funk/jam band that I played guitar and was the lead singer and songwriter. All this really helped when it came to producing. I think Deep and I really connect on music since we both started off playing in the band scene.

Rever Deep: I want to travel the world djing. I’ve learned so much just from being in different states and the few personal trips I have taken out to different countries. Everywhere has their different customs in how they socially work or what works there wouldn’t work at the next place. There’s no real way to appreciate it other than going there yourself. One of my dream gigs is Psycho Circus since Diplo dropped one of my favorite edits that I have made. Burning Man is another one that really excites me and I can’t wait to go play at different camps.

Scootsmac: I also would love to travel globally as a DJ. I really strive to make my music as global and culturally diverse at possible and I think the best way is to interact and learn from people of different backgrounds. That’s a big reason why I moved to a super international city like Miami. I’ve gotten to play a couple festivals and at festival camps and I really want to keep taking that element to the next level. I really like all of the Dirty Bird events, and Ultra is a festival I’m going to have to play. I also want to keep pushing harder on the production side. I love the collaborative process.

Scootsmac: I think we both have a lot of music on deck that we have been working on independently. I released two EP’s this year before 5-0 came out, so I am mostly going to stick with singles for the rest of the year and in 2020. I have a new house music duo project with another collaborator that will be releasing music in early 2020. I also have my management approaching festivals for larger gig placements. Wink wink all ya’ll talent agents reading this!

Rever Deep: I have a house song I’m going to be releasing soon that’s got a fisher vibe to it which I have gotten some good feedback on so far. And also I will be hosting a DJ battle at a new spot in Miami I’m really excited about. I have been in battles before and it’s cool cause you get to meet a lot of good DJs this way and you learn a lot of different ways to mix the same song.

Continue Reading
You may also like...
Related Topics:dubstep, EDM