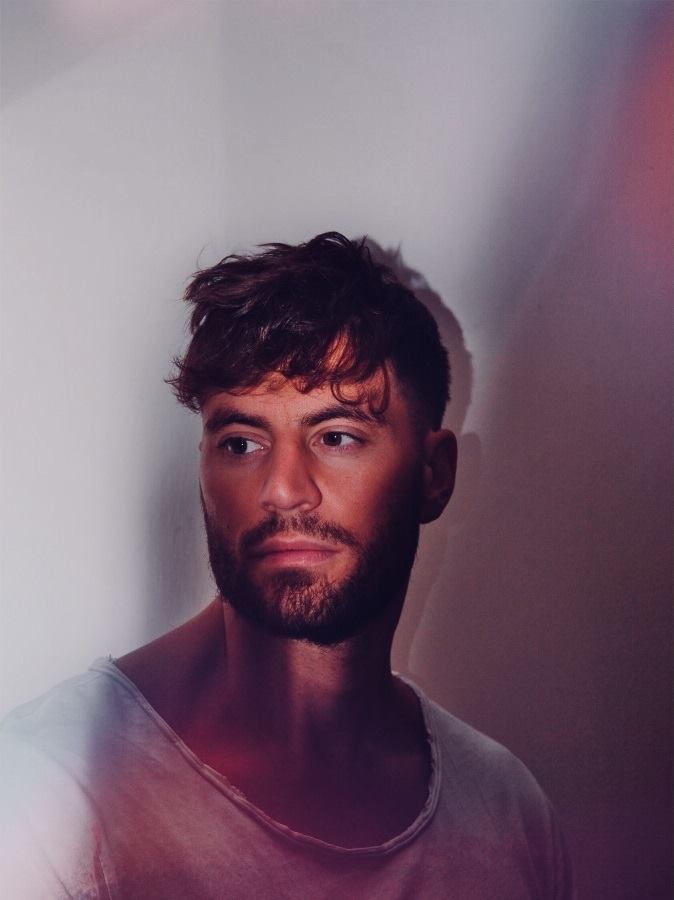 I had always kept a really good library of music over the years. Any album I’ve bought from when I was 8 or so I’ve still got. Eventually it got a bit of a reputation at parties and people wanted to hear my music, so that’s how I initially got into DJ’ing. They nicknamed my laptop Gandalf because it was so old & wise! I had some really cool and rare edits on there and eventually I wanted to create my own edits and that’s what drew me into producing and now that’s where all my time (and money) goes!

You are one of the best up and coming musicians we have encountered on the internet! And your track “Sing It Back” is probably your best track yet! Could you tell us more about the story behind this track?

Thanks! It almost never got released to be honest, I was approached by a label from Argentina last year who wanted to get a remix from me after hearing one of my other tracks using the same baselines and a pitched-back style. It was a cover of Moloko’s ‘Sing It Back’ and I thought the vocals were a little cheesy but had good potential.

It took me a while to get it sounding how I wanted but unfortunately missed the deadline for the e.p. release! (Being a cover there was there was some licensing constraints).

I was a bit gutted as it was going to be my first track on Beatport so I didn’t do anything with it for over a year. I ended up listening to it again and thought, ‘this actually sounds alright!’ So I got it mastered privately and released it as a free download.

Sure! I started off completely digital, just using Ableton and a few vst’s which is what I could afford at the time. Massive was my go to as you can make some some sick leads, but found a lot of the sounds were a bit tinny. Subboom Bass is another one of my favourites, most people use it for bass but I love it’s sequencer and I’ll use that for licks and effects.

The first real bit of kit I got was the Ableton Push II, a game changer for sampling and chopping up vocals- I feel that’s what developed my sound.

I then added Roland’s JP-08 which reproduces the iconic Jupiter 8, a synth powerhouse from the 80’s that Jamie Jones uses. This was perfect for the unusual sounds I like to experiment with and gave a much warmer sound than the vst’s.

This year I’ve bought Roland’s TR-8s drum machine which is instant rhythm! The swing you get from it just can’t be achieved in a DAW. And my most recent acquisition is a Moog Minitaur, a mono bass synthesiser which just growls and cuts through the mix like nothing else!

All of the effects I used are in Ableton, I find that they all do the job very well so I don’t really waste precious CPU on a lot of vst’s.

It doesn’t feel like a short time! I’ve probably been producing 4-5 years now and only just starting to put tracks out. I started DJ’ing in Portsmouth and then eventually in London & Ibiza which was great fun but awful money, so I moved into production shortly after.

For a long time I thought my mixes weren’t phat enough and my drums lacked a bit of rhythm and groove. So I spent a lot of hours reading books on producing and watching online tutorials. A lot of the tracks I make don’t really turn out the way I want them to sound but I’ve learnt the most important thing is to finish a track and you’ll find at least 1 out of 10 you’ll really like.

I tried learning guitar when I was growing up but found my fingers were too fat, so I switched to bass! I used to play along to The Libertines & The Klaxons and bands like that, I think writing baselines now on the Ableton Push comes really natural to me because of that.

I’m also a bit of a beatboxer and thats how I’ll start a lot of my tracks. If a good beat comes into my head I’ll drop whatever I’m doing and record in onto my phone using my iPhone headphones and then paste the waveform into Ableton and switch the transients with real drum hits.

Yeah lots! I’ve taken a few weeks off my day job to cross the t’s and dot the i’s on some tracks, I’ve probably got about 15 all in all which need finishing so definitely got my work cut out but I’m buzzing to get the masters back for them. A lot of these are originals asa posed to remixes which I think requires a bit of extra detail to try and get my sound across.

My next real goal is to get on Beatport and get some e.p’s signed, as it stands I’m still technically unsigned! Maybe in the future I’ll start my own label.. I’ve already thought of the name and designed the artwork, and that’s the hard part, right?

Continue Reading
You may also like...
Related Topics:Deep House, EDM