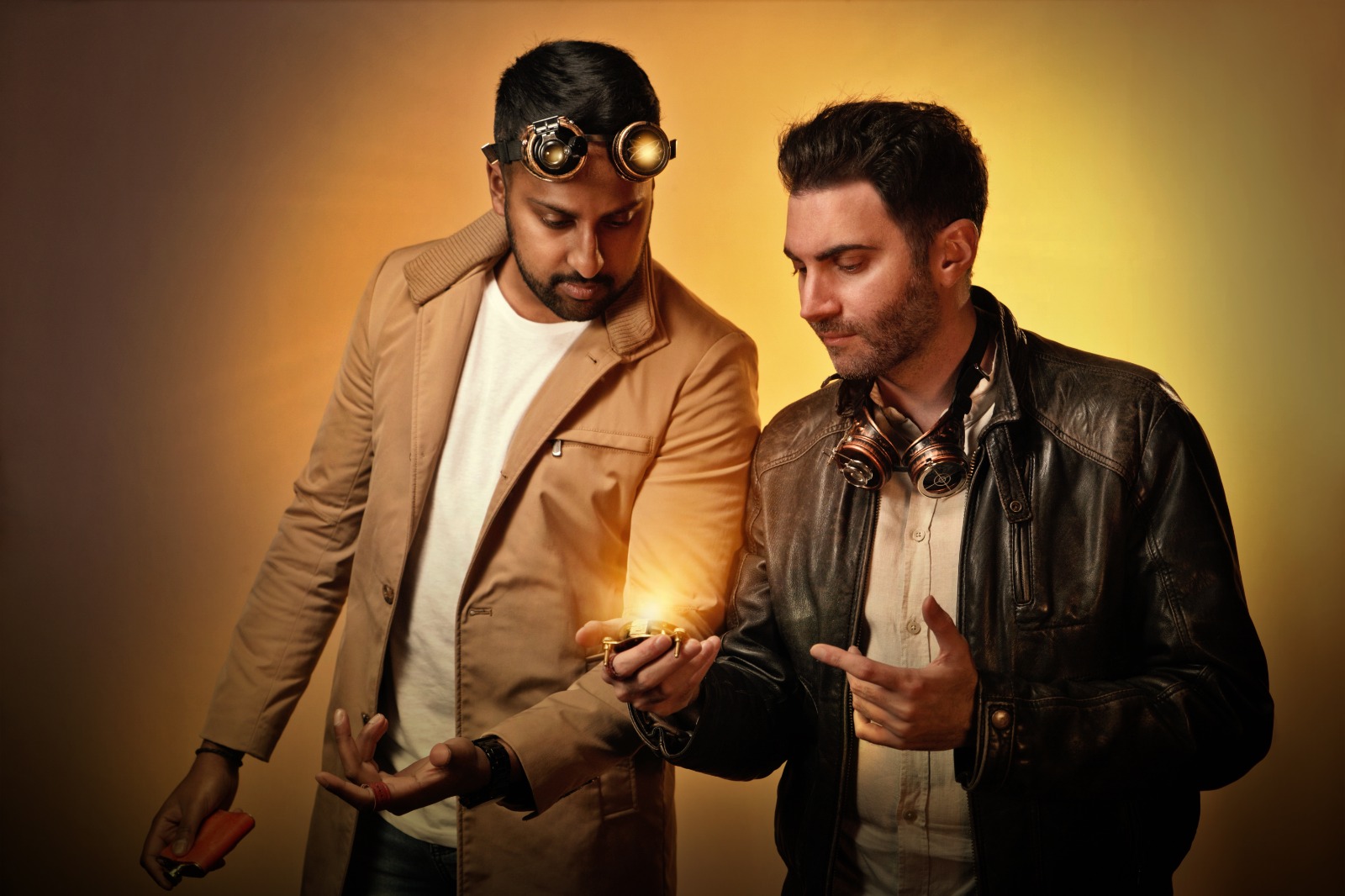 Fabio Carry (Music Producer): I’ve always been passionate about music since I can remember. I used to sing along to any TV series when I was a kid.

At 16, I found out about software where I was able to create a whole song by putting music samples together. That was such a fantastic feeling. Having the “power” of creating something myself just kicked in, during that exact moment. Since then, I stopped playing video games, sometimes almost forgot to have dinner, and music became my full-time commitment. I love listening to my own music, and Spotify has been a fantastic platform to reach other people with the same taste for the music. I recently hit 3 Million of other people ears with my popular tropical house track ‘Panamalu‘.

Chamiira (Singer/ Songwriter): I was always a fan of pop from an early age then got into RnB and Hip Hop more in my teenage years. Music is always about expression, vibe and storytelling for me.

I used to write plenty of short stories as a kid and that outlet turned into songwriting, singing and then rapping as a teenager. I remember being one of two blokes in our music class, the other who was a good mate of mine. We walked to school and beatboxed, wrote songs and sung remixes of songs. He really liked this girl in class and one day asked me to help him win her over with a song. So I wrote the melody and lyrics for him and sent him on his way. But he asked me to help him perform it to her, so I stood next to him as we crooned to this girl in the playground  but it’s a happy story because it worked and they ended up going out, he owed me a million Dare Iced coffees after that

That’s right!  We always look to make music we will enjoy listening to and creates a vibe. After Fabio Carry produced a Caribbean influenced dance beat with some reggaeton vocal melody ideas, Chamiira freestyled and came up with some catchy lyrics and turned it into what it is today! We were after a song that make you move, to play on the beach, on a boat with friends or cruising in the car. It’s a track to party to with that special someone or person you meet and hit it off with straight away.

It seems like you already found your signature sound  Do you have any tips for upcoming musicians that can’t seem to find their own sound?

It’s all about making music you enjoy and knowing what your brand or goal is, through your music. As tough as it is to be original when there’s so much music out there, don’t follow the crowd and stick to your lane, whatever that is!

Your track “PLACES TO GO” is a great track in our opinion! From its artwork to the Incredibly powerful sound we absolutely love it. Could you tell us more about the story behind this track? Also, what is your creative process like?

Thank you so much! This is our first duo project, and you can imagine how excited we are about it.

We spent evenings and weekends to craft something that we thought deserved to be the first Milsons Bros single to drop.

As a first release, we didn’t have much clear idea of which direction to take, it was all about experimenting with sounds, adding and removing elements, beats, synths.

But then comes the moment when the magic happens.

That’s right! You can feel that the combinations of sounds, energy and melody is perfectly mixed to create what we called Places To Go.

It’s also hard for us to define the genre of this song, it’s a mix of RnB, tropical dance, which lended from the reggaeton and afrobeat trend that’s been so prominent. The RnB vocal melody came from our love for this genre of music, and we decided to add Fabio Carry’s signature trumpets into the chorus.

The lyrics came organically and from there, it became the story of ‘Places to Go’, which is about meeting that special someone on a night out, while you’re drinking at dinner, partying on a beach or at a club. But then you find out they’re a backpacker or traveller and have to leave on a flight back home the next day! When you know there’s something more there and so many places to take them, you do whatever it takes to make it happen.

Happy you also love the album cover, the idea of the suitcase with stickers of different places comes from Marcelina Drymer and the artwork has been created by Vip7ple

Another thing we are really excited about is that the final mastering has been done by Becker Mastering,  mastering engineer of the latest album of one of our favourite RnB artists, Khalid, which pumped our sound to another level.

We will soon release the official video, shot in Sydney with close collaborator Cerne Studio.

We started Milsons Bros. out of pure entertainment and fulfilment in making music. Starting with an idea, a melody, a beat and running with it until we have a final track we’re happy to replay.

For us, all we want is to impact people around the world. We want someone in Australia or the US to bump our tracks while they party or cruise around in their car and hit replay. We want someone in Sri Lanka, someone in Italy, to sing along and have a pep in their step, or find an avenue to express themselves by listening to our tracks. That’s it.

All we’re after is as many people to listen to our tracks around the world, to find something to connect to. Of course, to follow us on our streaming and social channels and get excited to listen more!

We do have a second single which is nearly complete, with two others halfway through the process. We’re excited.

Make sure to follow Milsons Bros on Spotify, Apple Music and all streaming platforms.

We also make skits and videos on a whim over Tik Tok, with Chamiira’s favourite cafe joining in. They have always gone along with our jokes and one post got more than 100K views and counting! We look forward to connecting with you all and hope our songs add to your days!

Continue Reading
You may also like...
Related Topics:EDM, Electronic