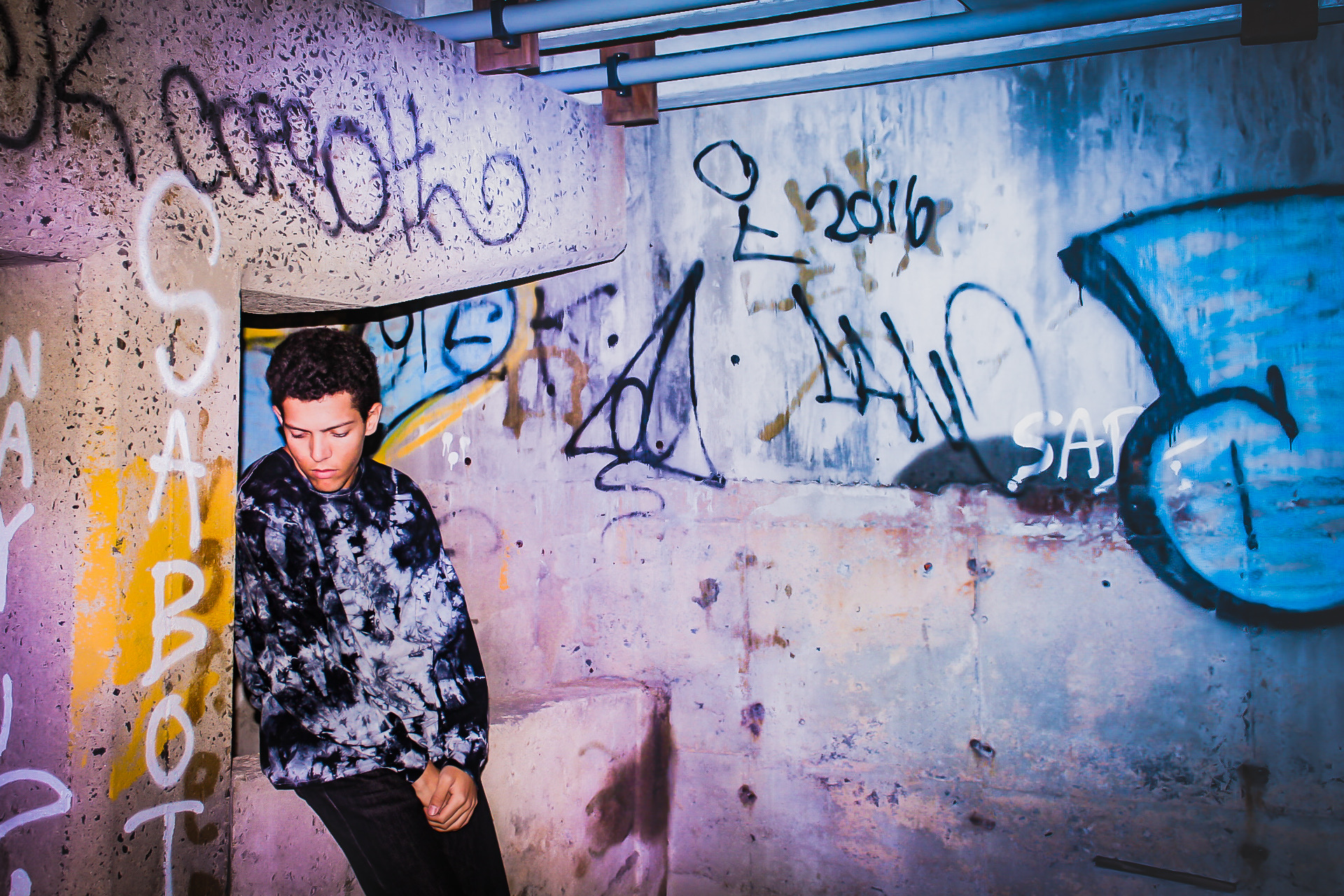 I would say trying out the saxophone in elementary school. It allowed to me to just make crazy sounds. I kept playing the instrument up until 9th grade. I was just getting bored with playing classical songs in class and wanted to play what I wanted to play. I dove into making Youtube Videos not long after they ranged from  Vlogs to Skits to Gaming videos. Then my friend told me about a website where you could upload your own music for free called Soundcloud during my senior year of high school and I got hooked instantly.

How did you achieve such a signature sound in a short time? Also, what is your creative process like?

Sounds come in all shapes and sizes .My sound really just comes from all the different music I listen too I was heavily into lil peep before his passing  RIP PEEP. I saw what people like shinigami, guccihighwaters, and convolk were doing in the underground and wanted to combine all their styles into one. We are definitely in a genre that cannot be named right now. Some of my personal favorites are : Hip-Pop,Alternative Rock,Alternative hip hop, Pop Punk and urban pop, We are definitely getting that LMFAO feel mixed with hard rap but at the same time vibing with those catchy chorus’ that Justin Bieber provided us with in the early 2010’s. We have some great lyricist in the underground that is for sure. When it comes to my creative process it really is just a note in my phone that goes on for about a mile. I just listen to different type beats on youtube and write to them. If the song comes out decent the lyrics are used. If it comes out complete garbage the lyrics are recycled into a song where they fit better.

When it comes down to my setup it really just started off as xbox microphone plugged into my computer  and it slowly got upgraded to a condenser microphone with a usb interface. At first I had no idea what I was doing I just looked up youtube videos on how to record audio. I first used audacity which was the main software up until my song Die in Puerto Rico which was recorded in fl studio and am currently using Logic Pro. Some of my favorite plugins are nexus and just the default reverb plugin I love playing around in it you can make any voice sound fire in my opinion with a little bit of reverb .  Instrument wise I look for melodic pianos and guitars and crazy synths with some bumping 808’s and kicks.That right there is what I call a beat

Do you play any real life instruments?

As mentioned earlier the saxophone but I did also try to play the tenor sax and soprano sax in school by sneaking them out of their cases when people weren’t looking but the band teacher would never let me 🙁 currently my main goal is to master the piano I have yet to purchase a midi keyboard just due to how uneducated I am at making beats but I plan to slowly dive into it when I can download more plugins.

What are your music goals for the future?

Music goals are actually pretty simple and that is to be self sufficient with my music to a point where it pays my bills. That’s really the main picture when it comes to music and creation in general the artist is his/her own boss.  With the creation of the internet it really has never been easier to make the goal a reality. It just takes a little time and effort

What your goals for the coming months?

For the coming months it is to have my crib out in Fresno CA by early January and just go into mixtape mode and have singles be released in-between them. With all the new equipment I’ve gotten i’m excited to show the world what I’ve been holding onto.

Any upcoming projects we can get excited about?

But singles will be steadily flowing on all streaming services in a 2-3 week time period so just pop your head in from time to time on my profile. I love giving people sneak peaks and hearing their feedback so just dm me on any social and i’ll send little snippets. Shoutout to Amber at HBT Magazine for getting this interview to happen. TTYL Llama Love <3