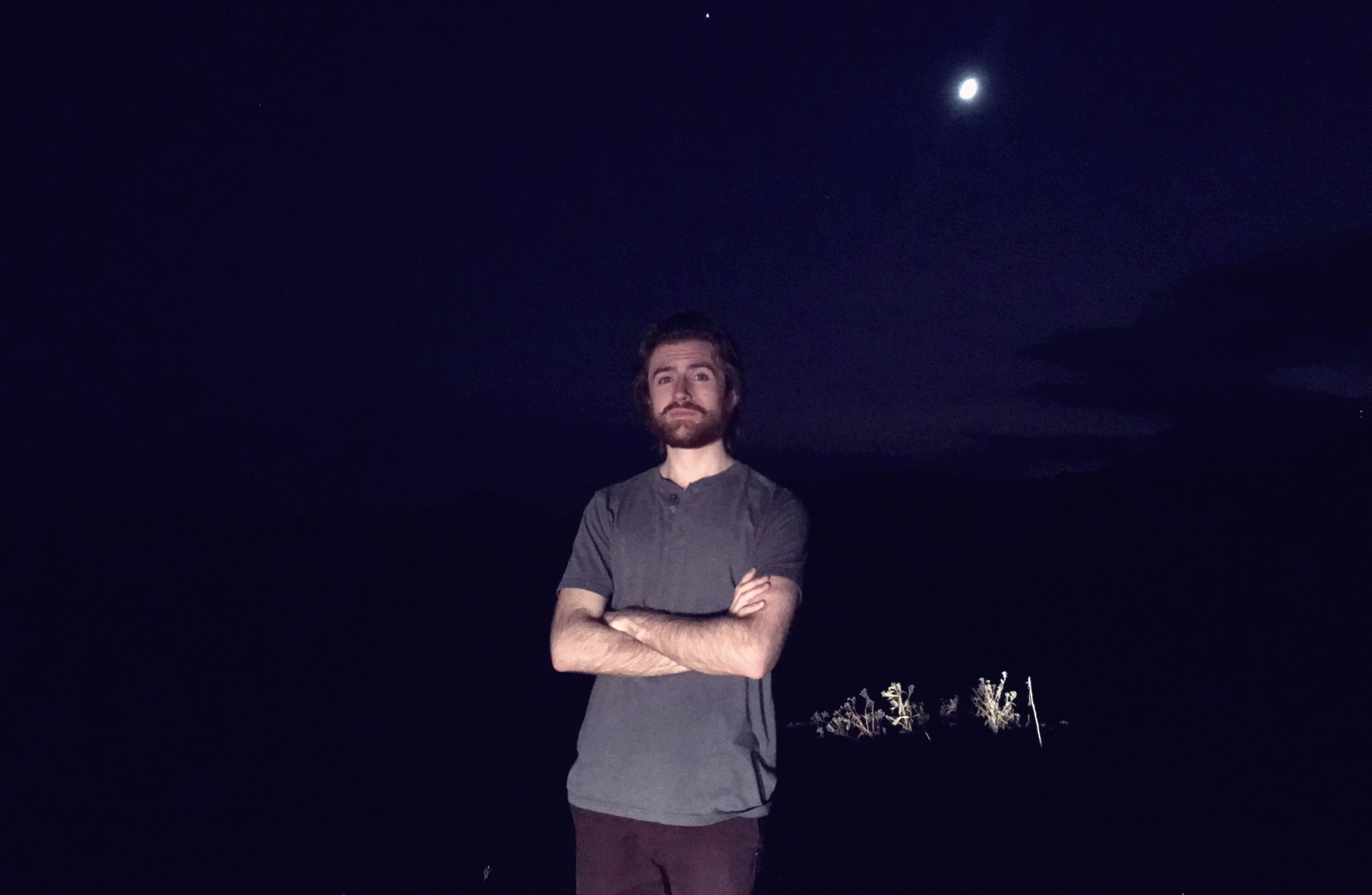 I was lucky enough to be raised in a family that valued music to a high degree. I was introduced to a lot of great artists like The Beatles, Radiohead, Wilco, The Beach Boys, Prince, etc. at a young age and I think this really stuck with me. My dad loved music and bought me my first guitar when I was around 7 or 8 years old, and my uncle played in the band Alo’s Meds. So I’ve been surrounded by music for the majority of my life, and it was definitely a formative thing for me growing up. I’ve always loved the way music can make you feel such an intense array of emotions and think that it’s an incredible art form. I didn’t get around to actually producing music until a few years ago, but it’s something I had wanted to do for a long time.

I’m fascinated by the seemingly limitless amount of possibilities that exist as far as creating music. Over the past couple of decades I think we’ve seen a massive boom of creativity in the music scene, due to the rise of sampling, synthesizers, drum machines, and a lot of other elements. We live in a really exciting time for music production and consumption. Even though a lot of my tracks have common themes/elements, I try to never make the same song twice. With all the possibilities that exist, I feel like this would be a waste of time. So I’m always trying to experiment and expand my sound. I think there’s a sweet spot between experimental and poppy, where you can make something that pushes boundaries but still sounds great and isn’t too difficult on the ears. Some of my favorite records are ones that I think find this balance really well, like Washed Out’s Paracosm or Animal Collective’s Merriweather Post Pavilion. This is definitely something that I strive for.

My best advice for finding your sound is to make the music that you want to make. It’s easy to jump on trends, and a lot of people have become very successful that way. But if you’re making what you think other people want to hear instead of what you actually want to put out, I think at a point it becomes a bit disingenuous, and you forget why you started in the first place. It’s entirely possible that the music you want to make will overlap with some popular trend/movement, and there’s nothing wrong with that! I just think that it’s important to be passionate about what you’re doing. I’ve always tried to make music that I would enjoy listening to. I take cues/inspiration from some of my favorite artists and genres, but then expand upon the things that drew me to those sounds. So in a way, it’s as if I’m trying to create my own micro-genre that combines some of my favorite elements from the stuff I already listen to. I think this is a great way to find your voice as an artist. If it sounds good to you and there’s sincerity in what you’re doing, other people will flock to it. It’s only natural. Even if you think what you’re making is really out there and won’t draw a fan base, there’s bound to be someone out there who will appreciate it.

Your track “Elevate” is your best track in our opinion! From its artwork to the incredibly powerful sound we absolutely love it. Could you tell us more about the story behind this track? Also, what is your creative process like?

Thanks! I really appreciate the support. I wanted to make a smooth, laid-back track that feels as if it’s going along in slow motion. I take a lot of influence from space in my work, and I aimed for a sort of otherworldly, cosmic feel with this one. I was inspired by the jazzy electronica of Kid A/Amnesiac-era Radiohead, as well as the chilled-out beats of producers like Flying Lotus and Mndsgn. I used a lot of layers of synths to get the floaty, spaced-out feel and slowly added different background sounds throughout the track to help with the build. I like to make tracks that draw the listener in through repetition and layering, and I think this track achieves that pretty effectively. This is one of only a few songs I’ve made where I added vocals. In general, I mostly do instrumentals, but I like to add vocals if I feel they contribute to the track. I was going for a very specific mood with this track and I think the vocals/lyrics fit well here. I try to take the approach that a lot of dream-pop/shoegaze artists use, where the vocals are treated as another instrument in the mix instead of something separate. So I like to use reverb and filters to help them mesh better with the other elements. My creative process varies: sometimes I go into a track knowing exactly how I want it to sound, and I try to recreate the ideas in my head to the best of my ability. Other times, I’ll start with a simple riff or loop and just expand upon it until it turns into something entirely different. The latter has become my preferred approach, as it’s a great way of coping with writer’s block and I love watching how a track evolves as I create it.

I’d love to go on tour at some point. It’s not something I’ve done before, but I love travelling and want to see as much of the world as possible. Taking my music with me would be a great way to do this. I’d also like to collaborate with someone who knows more about making visuals. This is out of my area of expertise, but I’d like to put out some music videos and have something I can use for live sets. It’s always a great experience when you’re at a set and there’s an impressive visual element to the show – it draws you in and takes the performance to another level.

I’m actually in the process of putting the finishing touches on my first full-length! Working title is “Lost in the Void” (named after the title track). “Elevate” will be on there as well. The album has 9 tracks and is around 25 minutes long. I’m aiming for a late-December/early-January release!

Continue Reading
You may also like...
Related Topics:EDM, Electronic, pop