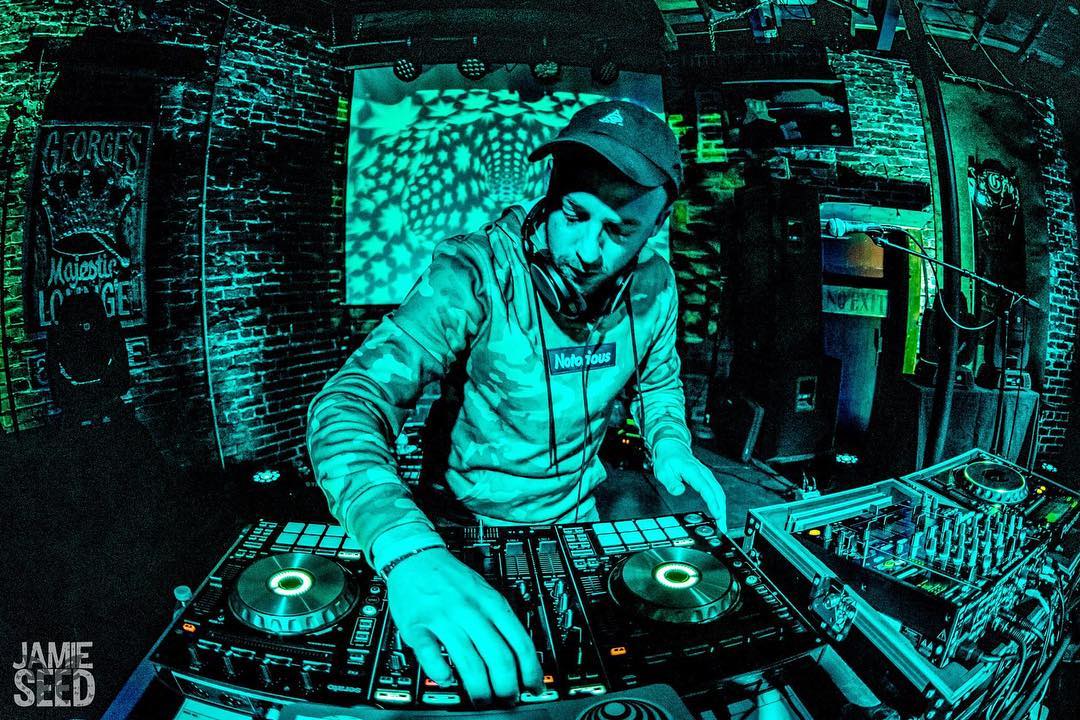 My dad suffered an injury at work when I was about 6 or so, which left him stuck in bed for many months. He bought a guitar to give himself something to focus on during his recovery. I loved spending time with my dad, and so watching him learn to play gave me the inspiration to do the same thing. I’ve been playing music ever since!

You are one of the best up and coming musicians we have encountered on the internet! And your track “Time Diffusion” is probably your best track yet! Could you tell us more about the story behind that track?

Recently, I sat down and just wanted to make a track with only a few simple elements (most of my songs tend to have a lot going on). Some tracks take a long time to produce, regardless of the number of instruments going on within them. But I got really lucky in that this track just poured out in a couple hours, all beginning with the tense/wonky piano you hear when you start the track. The rest of the beat just sort of followed that ebb and flow of tension and release. It’s definitely one of my favorite songs I have out right now.

Going over your soundcloud, we can tell you love experimenting with new sounds. Can you tell us more about your studio set up and some of your favorite plugins/instruments?

That’s very true! I love experimenting with many styles. My current studio setup revolves around Ableton and a few midi keyboards. I tend to do most of my synth work in plugins such as Serum or Massive. A lot of the processing I do on my synths and other sounds are customized effect racks within Ableton that I design. I also use some effect racks from AHEE, drum sounds from Keota, as well as many others. Xpand2! is a plugin that is my go to for any kind of strings!

That’s very kind! I’m always learning more, and I hope to for as long as I’m in it. To answer the last question about my musical background, I began as a kid playing guitar, moved into playing with a couple friends in high school in our own band for some years. We all played the different instruments and just had a good time, but never intended to take it anywhere. Once we stopped sessioning, I became roommates with a dj around my age named Jason Dub. He was making tech house music on his laptop, and the program he was using was Ableton. That was my first introduction to it, about 8 or so years ago. I got a laptop and started making tunes around 2011. I played saxophone and made tracks under a previous moniker for about 4 or 5 years. I played saxophone for my buddy’s project ‘Fractal Sky’ for a couple years. We travelled and played a lot of gigs together, getting in front of some pretty crowds. Eventually we started to find that our efforts as a band were coming to a conclusion, so I started really focusing on my own project. I decided to rebrand, at the beginning of 2018 for a fresh start. From there, I’ve been fully devoted to my Jonteal project, and because of that, I’ve seen a massive jump in progress these last 2 years. I’ve found it’s really all about the time you devote to it. Anything is possible with patience and dedication.

That’s how it all started! Guitar, piano, bass, drums, saxophone have all been in my hands at some point. I never accomplished any sort of mastery over any of them I would say, but I love to play. My main focus has been the keys as of late. Just bought a new Casio digital piano that has stolen my musical heart.

I’m really looking to take the project more on the road in 2020. I’ve been locked away most of the last 2-3 months just cranking out music, working on polishing up a slew of releases coming over the next couple months. I have a bunch of heavy music, chill music, and some things in between that’ll round out the catalog in the coming year. Be on the lookout for something official beginning of January!

Continue Reading
You may also like...
Related Topics:EDM, neuro