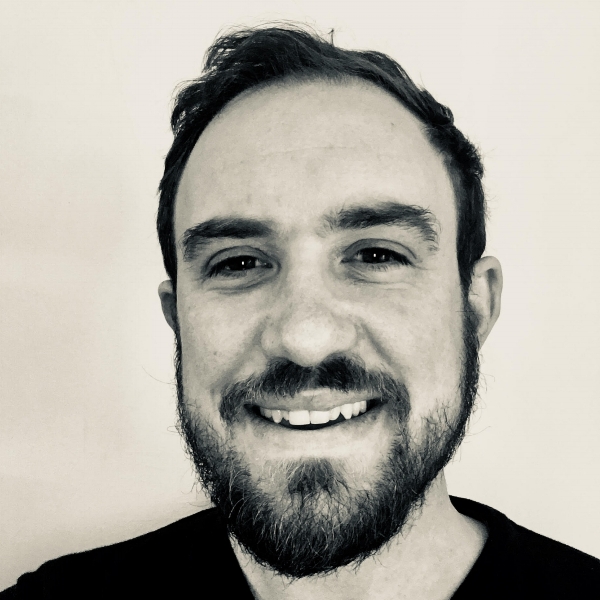 When I was a kid my grandad and Nan used to play organ. At Christmas and Easter my grandad would take to the organ and my family would have a good singalong. He played by ear, but his hearing was on the way out, so often extra notes not in the scale would be added in. Often it was war time songs or Max Bygraves.

I only descovered recently that my primary school reports said I had music potential. It’s a shame I wasn’t told that at the time. Although I had a keyboard, it wasn’t until age 15 I started learning bass guitar and by then I had given up music at School for double science.

You are one of the best up and coming musicians we have encountered on the internet! And your track “Crimea” is probably your best track yet! Could you tell us more about the story behind this track?

The album ‘Borders’ is a snapshot of both geopolitical and non-physical borders facing the World today. Crimea’s Russian occupation is perhaps one of the more obvious events of recent years where borders have been redrawn. The haunting strings could be mistaken for cries for help from the Ukrainian people, yet the speed and upbeat nature represents the literal speed and civil acceptance of the event, with limited battle.

My studio has gradually got smaller as more modern means such as Apps and plug ins  have come on to the market. Some of my favourite Apps are Equaliser Pro, Lurrson Mastering Console, Reason Compact, Garage Band, Auxy, Brass InstrumentSS IA, Music Studio, Equaliser+

I never tire of the staple instruments – Piano, Guitar and a nice Drum beat. I like a good horn or bass line that can give feeling to a track. I am particularly proud of when the horns kick in on ‘ The Theorist’ or the expressively playful horns on ‘100 steps to the shoreline’.

I am a keen believer in music without genre limits and I think this is evident in the tracks I compose.

In the past I have sampled sounds around me – a park gate, photocopier and my cat to name a few.

I started playing bass in a band in my early teens with a grade 8 drummer who was also grade 8 trumpeter and a grade 8 pianist. I wasn’t too great back then but I learned a lot about music theory in a short space of time. My friend was obsessed with time signatures and Radiohead, whilst my musical tastes were far broader, which led me into side project with others and writing my own material. I decided my singing wasn’t a strength and focussed on instrumental music, born out of a developing interest in drum & bass, breakbeat and house.

The last 2 albums I have mastered myself from following online tips and using some Apps that can allow you to master EQ for a small fee. It can be a painful process listening to your tracks through old ghetto blasters, using car speakers, old headphones, monitors to try and optimise the frequency and width of sound for each device. Sometimes a tweak on one can bring down the overall sound of another.

I’m still learning, and want to do better at all I do. My tracks aren’t perfect and probably never will be in my eyes, but I appreciate and recognise my followers positive feedback.

I only have a guitar and keyboard left in my house. My 3 year old son gets more key time than me nowadays. In the past I have played bass, guitar, piano, synths, even a bit of sax. Over time  I have begun playing instruments on the iPad and much of my music is tested, played and arranged using music theory and synths. My track’ Bali’ I composed in 4 hours during a flight back from Jakarta to London.

I have had a bit interest from record companies,  licensing agencies and a boutique hotel company. Most of my time is spent reading legal contracts, so not that glamours.

I am working on a collaboration with a friend who sings in English and traditional Welsh language. Most of my time has been taken up promoting the new album ‘Borders’. Hopefully I will start working on new material when the nights begin to draw in for the autumn in the UK. This has traditionally been a source of inspiration for me in the past. It would be good  to work with a few female vocalists on the next album.