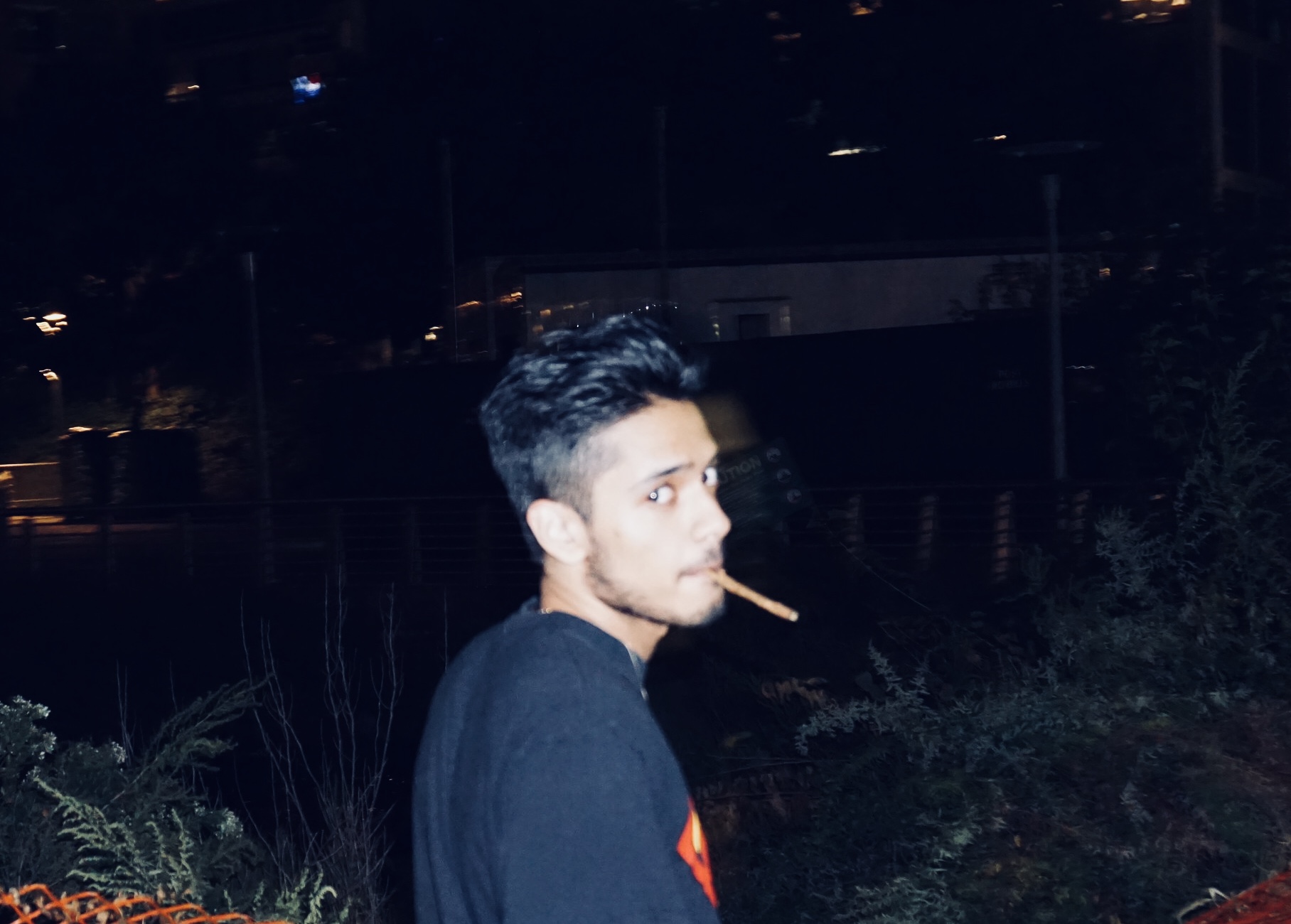 I first became a fan of rap/hip hop actually through sub genres in rock music that included rap/ hip hop elements. Linkin park is a band that comes to mind, especially their collab with Jay Z. I used to be a big fan of alternative rock as a 12 year old and as I got older my taste transitioned to mostly hip hop and rap. Artists like Lupe Fiasco, Kanye West, and Kid Cudi really aided in that transition. Hip hop became a way to get away from the outside world much throughout high school and college for me.

Your track “BrighterThanYourVVS” is very modern and the lyrics are amazing! How did you achieve such a great signature sound in such a short time? Also, what is your creative process like?

Thank you for the kind words. That track was a really fun one to make and I’m glad people have enjoyed it. As for my sound, I’ve always liked melodic rap/hip hop. Just vibey sing songy tracks that you could drive to at night. That’s the music I try to make but that doesn’t mean I won’t experiment more in the future. As for now though I’m focused on making songs that are really easy to listen to and make you feel something at the same time.

My creative process is actually pretty straightforward. I find a beat I like and I usually start off by thinking of melodies/flows and I eventually add words as I go. The lyrics that come out are usually how I’m feeling in that particular moment. I want people to be able to hear the emotions and moods in my cadences and I try to convey that on a track as I best I can.

Well as of now I’m trying to work with whoever I think is talented, whether it’s a local artist or a bigger name. For future collaborations expect something soon to come out with my collective, Good Phantom. So far we have three artists including myself, shout out to NineOwl and Jaivyn, and I’m focused on making music with them and growing the collective as a whole. But if I had to choose one particular artist I could work with it would have to be Kid Cudi. He’s my favorite artist of all time and part of the reason why I got into making hip hop. That would really be a dream collaboration.

You have recently released a track titled “All by herself”.  The track is a modern Hip-hop/R&B fusion and we wonder if you plan to release more R&B sounding tracks in the future?

Yeah, that track was a little bit more experimental. It was the first song where I really tried singing more than rapping. And it worked out for the better I think. I do plan on doing more Hip Hop/R&B fusions. As I mentioned previously I love melodic hip hop and a lot of that genre bends into R&B. So yeah expect some more stuff like that in the near future.

To be honest I’m not entirely sure. I’ve been putting music out for about a year and some change now and my friends and family have been supportive. I want to continue to create music I think is dope and put it out in the world and hope people truly enjoy it. That’s really what I want in the broader sense. As for more specific musical goals I’m working on that song by song, project by project.

Right now I’m actually working on an EP. It’ll probably be 5-6 brand new songs. I don’t know if it’ll end up coming out in the summer as we’re halfway through it already but you can expect it dropping once fall comes around which I think is more fitting for this project. Its also my first project so I’m really excited about it.