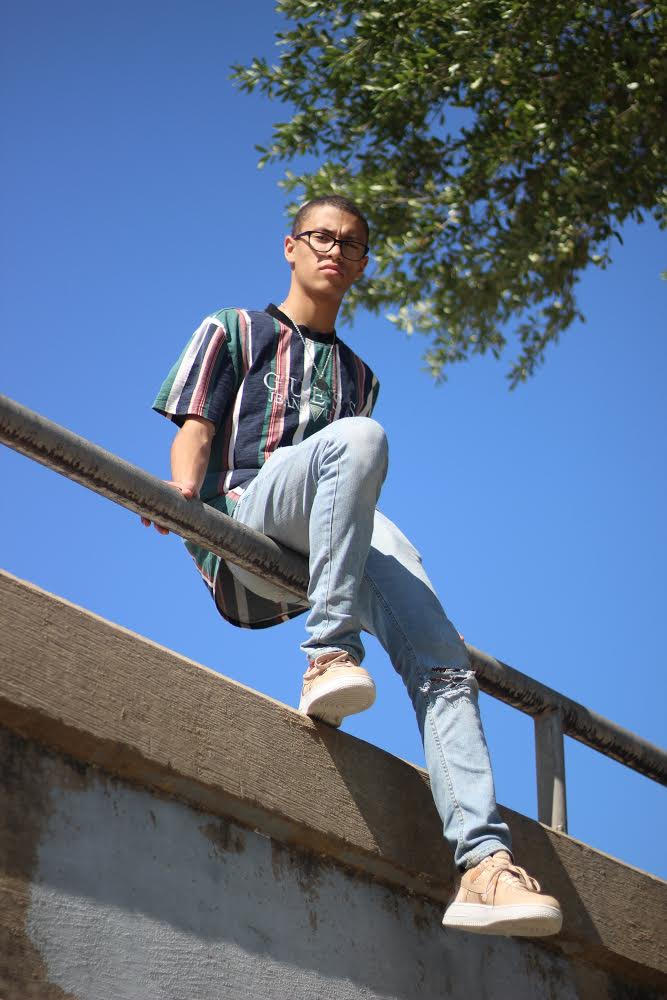 I was always surrounded by music as a child. My brother, an artist named Capshun, started making music on an online platform named Audiotool in 2011. The site consisted of a user-uploaded library of loops and oneshots, with which i obtained an ear for song form. I was 11 years old at the time so it was more or less another way to hog our home computer.  I was what the oldheads would call a producer, in that i took instruments and organized ideas. Overtime I got really serious with it.

The experimentation comes from being a producer and seeing these other producers take off, and asking myself what made them so different. Im sure everyone has had an epiphany where they’ve taken this into account, but i fully realized the energy behind their work is what makes it what it is; the feeling at the moment in time is what you should draw from and you should do what you’re thinking.

Finding your sound can be a simple or complex thing. It is okay to borrow ideas from artists, it is okay to make “type beats” for a while, but it is NOT okay to put a distortion unit on the master! Whatever your mind is hinting for you to do, you need to do that!

Your track “Solei” is your best track in our opinion! From its artwork to the Incredibly powerful sound we absolutely love it. Could you tell us more about the story behind this track? Also, what is your creative process like?

First and foremost, a fellow artist named Yellow Jones, who is incredible, sent me a loop of him playing guitar and i was like “i need that!”. That short guitar loop jumpstarted the whole song, and wouldn’t be much without him. I made this in the middle of my first semester of college, at a time where i was sleeping on my brother and his roommate’s couch, skating 6 miles a day to school, and working at a Taco place. It’s a reminder that amidst all that is happening, you’ve got to think past it. My process making music comes from hours of playing the keyboard and pleasing my own ears first. I have a software named Keyscape that is inspiring in and of itself, playing keys with it is rewarding. I lay down my chord/melody ideas first, then create a drum loop based on such. After everything is laid down in a simple loop i expand the idea and see what i can add to make for different structures. For my cover art, i take pictures of just about anything that has me inspired. I was in New York when i took the picture for this track, and really it was accidental!

I’m in the pursuit of a Music Degree, and although i don’t necessarily need it, the discipline and connections i’m making here at Texas State will help me, and plus i already dipped my hand into the “federal bag”, so i might as well do this all the way.

I have a song coming every month, and starting in Q2, i will be releasing music with acts from my hometown Dallas, to be compiled into a project. Be on the lookout!

Continue Reading
You may also like...
Related Topics:jazz, neosoul