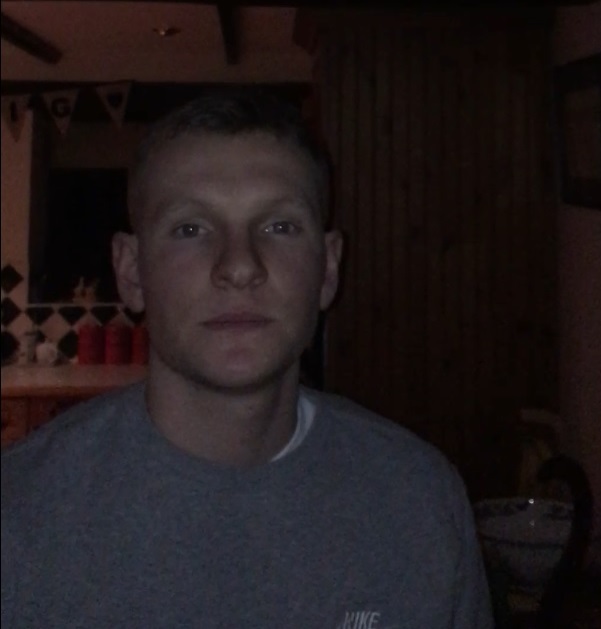 What first drew you into music and Hip-Hop/Lo-fi in particular?

I first remember hearing Hip Hop playing a NBA game on the PS2 when I was around 8. It was They Reminisce Over You (T.R.O.Y.) by Pete Rock and CL Smooth; and I would play and play that song all day even when I didn’t really understand the meaning behind the song. It was something about the beat which I remember had me hooked. This carried on with other tracks from games really; Like Mathematics by Mos Def was another track. Which I heard playing on Madden 02 not long after finding T.R.O.Y. and again I just liked it. Didn’t know it was Hip Hop or what Hip Hop was, but I would listen to it on repeat. The following years, I soon learned about Hip Hop and became interested more and more. First listening to mainly US stuff but also finding great work here in the UK. Lo-fi came to attention when I was in Uni. I had noticed the chill study channels and really enjoyed listening to them, and towards the end of my time there I decided I wanted to try and make beats. I knew I wanted to mix the old school style beats I enjoyed from my childhood and the new Lo-fi movement I had just got into, and hopefully I have done that well.

Your track “The Big Dance” is a very modern Soul/Lo-fi track, the ideas are amazing, and the mix/master is great! How did you achieve such a great signature sound in such a short time? Also, what is your creative process like?

Thank you for the positivity on the beat means a lot; it is also one of my favourites that I’ve produced so far. I suppose my sound comes mainly from my influences. Like I said earlier I am a big fan of the old school style beats and the Lo-fi style as well; especially work from J Dilla, Nujabes, 9th Wonder and Madlib. So I try to implement that into my own sound. But I also am a fan of more classical sounds as well. Like orchestral strings and piano. Pulling on those sought of samples together I think gives me my unique style. Also I have made a million beats that sound bad so both my sound, and process, come from trial and error. But I always come up with one which is worth the wait.

“blankface” is a very unique producer name how did you come up with this idea? Any special meaning behind it?

Honestly No. I wish I could say it meant something. Like it’s because no one knows me other than my music. So I’m just a blankface because I’m a stranger. When it really came about listening to Schoolboy Q’s Blank Face LP, and the intro where they repeat blankface! blankface! blankface!  loads of times. I heard that and thought that’d be a good name and went with it.

You have recently released a track titled “Someday”. The track is yet another Soulful track and we wonder if you plan to release more Soulful sounding tracks in the future?

Yeah it is definitely soulful, and I feel that is my main signature sound, so there’ll definitely be more like that coming. But I’ve got a few other beats waiting to be heard which do vary from this style. Just to give my audience something different from me, and to show that I have other sounds I like to make.

I want to be considered one of the best producers. Always be in the conversation when people say who their favourite beat makers are. I also want to produce some tracks for some of my favourite artists, both in the US and UK; and ultimately make a good living doing what I like to do. They are some big goals to achieve but I feel I have the ability and determination to reach them, so why not try.

What are your goals for the coming months, any upcoming projects we can be excited about?

I do have a few beats ready to be released over the next few months, which I’m excited for everyone to hear. I’ve also started stock piling other beats ready to send to some artists for possible placements and collaborations, so hopefully I can line some of them up, and get the chance for us all to hear some vocals on my instrumentals. Lastly I’d like to sign to an indie label and release my own instrumental album. Get the chance to release a full body of work for you guys, and have a few vocal features on there. Some of those being very talented mates of mine I’d love you all to hear. Also having the support of a label would help me reach even more of audience and hopefully gain some new fans; and have expert eyes keeping me on the right path, sought of like a mentorship.

Last thing I just wanted to say a big thanks to Kate and HBT Magazine, for this interview and the support. Thanks to all who’ve listened and supported my work so far; and to the people reading this who may want to hear my work as well. Have a great day guys.