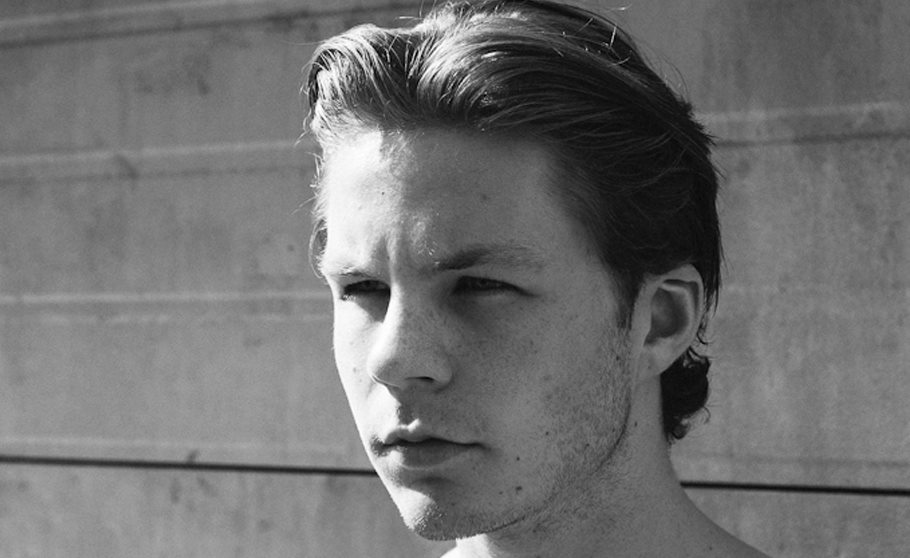 Jonathan Hellberg, the recently turned 21-year-old producer from Stockholm,  Sweden is definitely one to watch this year! Since a very young age, Hellberg has been pushing himself towards evolving in the world of DJing and producing, only to end up focusing in on developing his craft in the dance music realm. Today he is one of the most valued members/house producers of the Monstercat label due to his efficient perfectionism, refusal to abide by the status quo and his true aptitude for experimentation. You can expect to be hearing a multitude of new productions and releases from the ever-so-talented Hellberg throughout 2015!

You’re an integral part of the Monstercat team, an honour which you’ve worked hard to deserve! How has the label helped you, and how have you helped the label and its other artists?

Monstercat has certainly helped me with getting my name and my music “out there” as well as growing the wonderful fan base I have today. Without my fans incredible support I wouldn’t be as inspired and happy as I (most of the time) am. Where I feel like I help them is with how I go about my music, I think I might bring a more commercial/pop touch to Monstercat’s catalog. A lot of the producers on “mcat” make amazing music that focus more on the underground scene of EDM, where I feel like I focus on the mainstream scene with my tracks.

You’re very interactive with your fans all over social media, and you seem to be much more approachable than a lot of artists nowadays. Do you find hearing individual feedback straight from your fans helps you, rather than just going off of support from other producers?

Right, well the support I get from people liking my music means much more to me than if a producer/DJ would show support. I mean that’s obviously awesome too, and it means a lot when a bigger act supports you, but the love I receive from my fans will always mean the most to me, especially since I tend to try and make music that is going to resonate more with “the people” rather other Djs.

This is a bit of a random question, but we noticed you received a lot of hate when you changed your Facebook picture to the rainbow version as an act of LGBT support (we love it, by the way). Why do you think your fans reacted in such a negative way?

Yeah that was interesting to say the least, haha. I mean I was pretty surprised that some people reacted so negatively, but also very happy that most people reacted positively. I am born and raised in Sweden, which is a very liberal country so to me it’s a very weird concept that someone would not be okay with people being LGBTQ+. I think it has a lot to do with where you are from and the culture you grew up in, and obviously religion can play a part in that too.

The This Is Me EP was well-received the world over, and we can’t wait to see what’s next. What have you been working on?

I’m really excited for what’s to come. I’ve been working very hard since the release of my EP to evolve my sound. The EP was pretty special, in my opinion I did do something unique with that record. The next step is me taking what I did on the EP and giving it a big upgrade, getting more experimental with different sounds and instruments while I still remain true to what I created on “This Is Me”.

Your track “The Girl” was remixed by so many incredible producers that you even released an EP solely composed of its remixes! We’ve always wondered what that’s like for an artist. Does each remix make you see your song in a different light? Have you ever seen a remix of one of your tracks that you felt tainted it in a way?

It’s weird because I’ve never really thought about it in that way. I didn’t really have that mindset. I just thought “oh that sounds awesome, let’s release it”. I guess I focused more on what the producers actually had made with the parts of the original, rather than how they saw it or what their thought process was or in what way this remix was setting a completely different tone to the vocal, you know?

No remix has tainted it really, I knew going into the remix competition that there was going to be a lot of entries sounding very beginner-y, I think it would be a worse experience if I weren’t ready for that, but I get so many demos sent to me and producers asking for feedback that I knew what to expect from the majority of the remix entries.

You’re known for your progressive house tracks, but do you still experiment with other genres?

I do. What I like to do is to experiment with other genres but blending it with progressive house, and you will (hopefully) hear that, listening to my new music!

Are there any producers in this industry that you look up to? Or someone whose sound inspires you?

The people in the industry that I really look up to and that inspire me are the artists who have succeeded in becoming their own entity, outside of the EDM world. They’re not in this big swimming pool of Djs/producers who all make pretty generic music and have a pretty generic “DJ brand”, no one in that swimming pool does anything different even though they get paid a ton of money to tour all around the world and could use that to do something great, but they don’t. Some of the producers I really look up to are Calvin Harris, Zedd, Avicii, Galantis, Martin Garrix, Skrillex, Steve Angello and Axwell & Ingrosso. I think they all are doing something different than anyone else in the scene and they are all very successful at it.

You haven’t done that many collaborations so far. Is that a personal choice as a solo artist, or have you just not found people you want to work with? Anyone in mind?

I love collaborations when you’re all in the studio together. I’ve had a hard time collaborating with people over the internet because with people having different software, being in different timezones, having other stuff to do that day, having to send files back and forth, the whole process becomes rather uninspiring, unfortunately. Plus, I’m a bit of a control freak when it comes to making music, so I have a hard time letting someone else be in control, I’d rather do it all myself instead. However I love working with artists, bands and songwriters, that’s a completely different story because they usually either write something on top of a finished instrumental track, or they send me a demo and I make something around their song idea.

Your music can be found on more streaming services than any artist we’ve seen in a while! Thoughts on SoundCloud vs Spotify vs iTunes vs Beatport vs everything else? Any favourites?

They all have their pros and cons. Soundcloud is great for putting out music instantly for all your fans to hear, plus you can interact with the listener and you can see the reactions. I use Spotify every day, I love it, it’s probably my most used app on my iPhone. It’s where I listen to all my music and where I have all my playlists. The only con with Spotify is the whole streaming debacle and artists being upset about how little it pays, which I can agree with as a content creator, but as a customer, Spotify is a 10/10. iTunes I don’t really use that much, again, Spotify takes care of all my casual listening needs. Beatport is a great service for the niche audience it has. I really like Beatport when it comes to finding new tracks to play out or to see what the most popular tracks other Djs are playing right now. I’m also a fan of their new advanced search feature, even though it needs a lot more work to be perfect.

Hopefully you will see a bunch of new music very soon. Again, I’m very excited for what the future holds!

Link Up With Hellberg: