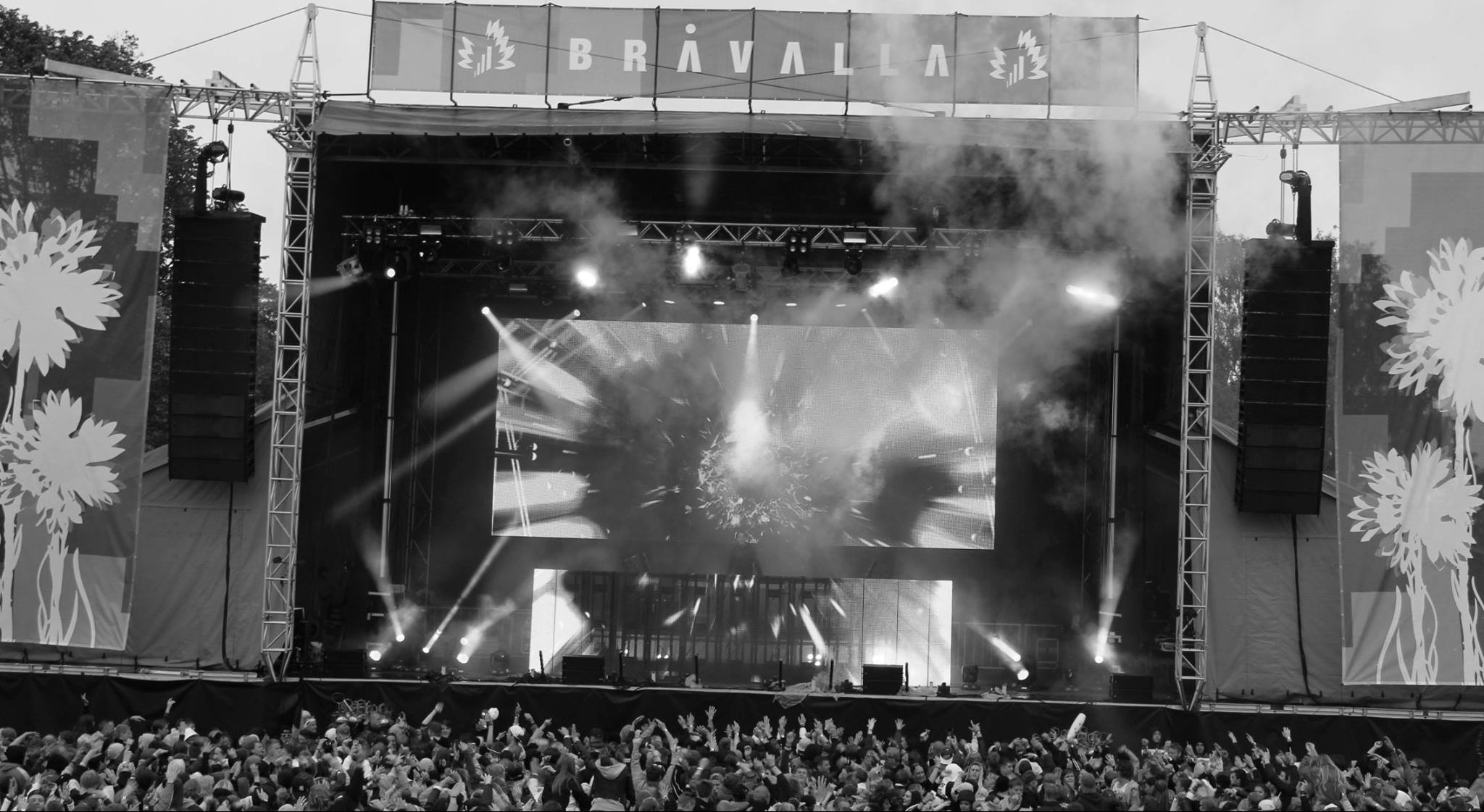 ThunderCode has a lot going on. Two young Swedish visionaries, Viktor Niklasson & Marko Stanojevic, took the VJ world by storm through their inimitable dedication, style, and vision. The pair have created cutting edge visual content for the likes of Refune Records, Dimitri Vangelis & Wyman, Sebjak, and many, many more. We’ve shown you the DJs, the businessmen, and the managers, so here’s our first time giving you a little insight as to what goes into making the shows you love so memorable.

Tell us a little about yourselves.

ThunderCode is a Sweden-based company that specializes in motion design. We are two young self-taught motion design artists and VJs from Lysekil and Jönköping, Sweden. We’ve worked on our own with motion design for around 6-7 years now, but founded ThunderCode and started VJing in late 2012. Our first show was Insanity festival in Jönköping; we were there as VJs for Dimitri Vegas & Like Mike, Sebjak, Dimitri Vangelis & Wyman, and many more. Today, we still have Sebjak and Dimitri Vangelis & Wyman as our clients, and I think it’s because of them that we’ve grown so much in this business. We have played at some of the biggest festivals around the world such as Summerburst Festival, Bråvalla Festival and Creamfields.

To clarify for our readers, what exactly is it that you guys do?

We always strive offer the best and to excel and exceed the expectations of our clients. Our broad experience combined with our great passion has led us into working with some of the biggest artists and events around the world. ThunderCode has always been about bringing together art and technology to create engaging, fresh, and original visual content. Our services include: 2D & 3D Animation, Motion Graphics, Online Videos, Visual Effects, and Live Visuals. What VJ (Visual Jockey) and live visuals means is that we control the visuals that you can see at concerts and festivals on the LED screen behind the DJ. We control the visuals so that they fit perfectly for the song that’s playing. We control when drops, breaks, and build-ups come. We give the audience a show.

What differentiates you from other VFX artists?

Everything we do and play is 100% made by us. We are always working on new, fresh content for every show and when we VJ we really go all in. But what we really think differentiates us from other VJs is that we are young, and have immense passion for what we do. Our visual content is like nothing else out there; our visuals are like stories. We make 3D models and do 3D scenes to give the audience an experience they’ve never seen before. ThunderCode’s visual shows are like watching music videos—we give visual life and build stories for each individual song that the DJ is playing.

How long have you been involved in the field?

ThunderCode was founded by Viktor Niklasson and Marko Stanojevic in late 2012, but each of us has been working with motion design for 6-7 years.

What is the most remarkable show you’ve done so far?

Marko: The biggest show I’ve done must have been in Mexico City at Electric Zoo with Otto Knows. Everything was perfect: the crowd, the venue, the production… It was all spot on!

What’s your opinion on the EDM industry? Is its globalization taking it in a positive, or negative direction?

Right now we think it’s going in a negative direction, because most artists don’t really put time into their songs. Some artists release a new song each month if they want. There’s nothing special anymore and we think that’s a bit sad. We’re glad that there are still some serious EDM artists that put a lot of time and effort into their productions. You can really hear the difference between a song that’s been worked on for a long time, and a song that has been done in a week.

We’ve seen a lot of your work with well-respected artists such as Otto Knows, Dimitri Vangelis & Wyman, and Sebjak. How did you get in touch with the Swedish DJs?

We met Dimitri Vangelis & Wyman and Sebjak at our first show ever: Insanity Festival   in Jönköping 2013. They thought our visuals were good and contacted us through Facebook and Twitter the day after the festival. We’ve had them as our clients ever since. Later on, we got to work with Otto Knows. Our first show with him was at Summerburst. Marko does all the content and VJing for Otto. We did a few amazing shows with him in Mexico last year, and in New York at Webster Hall which was really amazing. We can’t wait for this summer since we are working on all the new content right now. We have built a really good relationship with all of them and we are so glad to have them as our clients.

There aren’t that many talented and successful VJs out there. Any reason why?

We’re not sure why, but we’re publishing everything we do and we’ve built up a fan-base of sorts with our Facebook page. Most other VJs aren’t doing that. Then again, most other VJs aren’t out there producing their own visual content, and if they do, it isn’t that high quality. I think that’s something that has made us a novelty in this industry. We had really good experience with visual production before we even started working as VJs.

How would you summarize 2014?
It was a really, really great year for us. We played at all of Sweden’s biggest festivals and traveled all around the world. We really can’t wait to see what 2015 has to offer—we think it’ll be even better than 2014.

What do you have planned for 2015?
Right now, it’s too early for us to say what festivals and places we’re booked at, but we can tell you that we’ll be playing at Peace and Love 2015. We have loads of fun stuff coming up!

If you could collaborate with any artist at any venue/festival/club, who and where would it be, and why?

Viktor: Personally, I would like to play at Ultra Music Festival because of their stage and LED setup. They always have that extra and exclusive stage design.

Marko: I’ve been touring and traveling with Otto a lot, and I’ve been to some really sick venues and festivals. But I have to agree with Viktor—Ultra in Miami. That’s a dream I really hope comes true.