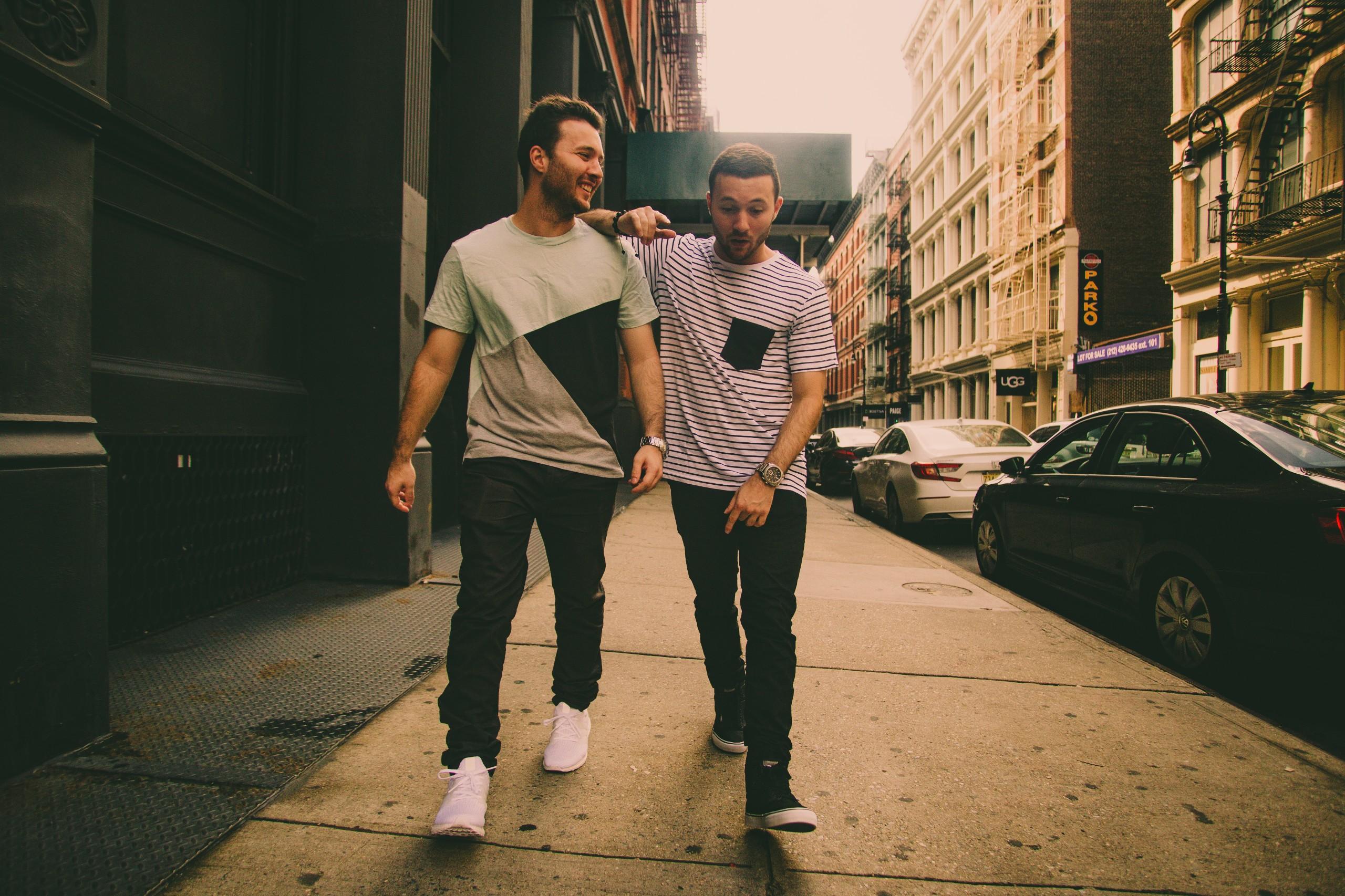 When it comes to duos we usually ask “How did you guys meet?” but, in your case we don’t have to 😊. How is it like working with each other being twins? Do you have epic “Twin moments” worth sharing?W

Working with each other is really awesome. We come up with ideas very quickly considering we have the same music taste so there an instant connection of when we have something creative that we know we both like, we can easily put it together into something unique. Twin moments always happen, that is the great thing about being twins! It’s probably the easiest way to meet and connect with people seeing that we’re identical. Our best friends are also identical twins too so twin moments happen very frequently! 🙂

You are one of the best up and coming EDM duos we have encountered on the internet! Your track “Collateral” is an incredible track. How do you come up with your ideas? Also, what is your creative process like?

Castor & Pollux Answer: The first thing we usually do in our creative process is pick a scale that we want to work in. We think as producers working on a certain scale gives the person a foundation of what the project is going to sound like when it’s finally finished. From there, we either start with a simple melody or drop that we feel we can create into something people connect with or enjoy. Once the basic idea is layed out, then the process begins and we start to build around it. We think “Collateral” was a perfect example of that. We had this really unique sound with an initial drop that we created on a scale that we knew could be a really big release for us. It turned out to be a really great track that has a sound that you don’t hear very often and we’re really proud of the outcome and the responses we got from fans.

Your latest track “Drop Bombs” is a great example of just how capable you guys are as producers! The mixing is on point and the melody/idea is out of this world! Could you tell us more about its creation process?

The process to “Drop Bombs” was sort of the same as “Collateral”. We we’re looking to put together a new bigroom festival track that had a trance drop combined with a more gritty sound. The drop turned out to compliment the two sounds together really well and with the “Drop Bombs” vocal it just makes people want to go crazy on the dancefloor. This track is a culmination of who we are as producers and we’re looking to accomplish that with every single release.

Your signature sound reminds us of the sounds of some of the greatest big room/club artists in the world such as Blasterjaxx, Olly James, and others! How did you manage to achieve such a professional sound in such a short time?  Can you tell us more about your musical background?

Growing up we were full time athletes so to be honest we don’t really have a musical background. Living in Pennsylvania we listened to a lot of Hip Hop/Rap. Dance music wasn’t really big in our area so we never listened to it. When we moved to New York City in the summer of 2012, more people around us started listening to that sort of music and we fell in love with it. The music really fit us perfectly and we never looked back.

From the time we started producing in May of 2014, we really had to learn a lot about how to mix, musical theory, and mastering as those are the most important things when you produce. We always felt we had an advantage because we always had a sense of how to lay out a track by listening to songs over and over again. Over the course of 4.5 years the main thing we worked on was mixing. We knew our sound could always improve and with tutorials, feedback, and working with a few other people we know it is at a high level now. With all genres of music there is always something new that can be learned and we try to do that in every track we release. As they always say, practice makes perfect.

Could you tell us more about your collaborative process, Do you guys have assigned roles?

It varies most of the time. Sometimes one of us has the ideas and sometimes we’re both coming up with ideas together. It really is a collaborative process with both of us when we produce tracks. Once tracks are fully laid out, Pete is usually the one doing the mixing and mastering and then Joe is putting the final touches on them when they are done (Tweaking, etc.)

We think there is a lot to look forward to in 2019. The first goal that we’re going to reach this year is that we’re going to release our first ever vocal track. We’re in the beginning stages of the track and we’re looking to release it sometime in the summer so stay tuned for that. Obviously, we’re still going to be making the signature Castor & Pollux music and also look to do 1 or 2 collaborations this year as well. Some other goals for us too is to really grow our social media as that is a big part of growing our brand and to let people know who we are and what we’re trying to achieve as producers. 2019 is going to be a lot of fun and we can’t wait to see what it has in store for us!

Catching up with Domsta
HBT Chats With 13th Floor