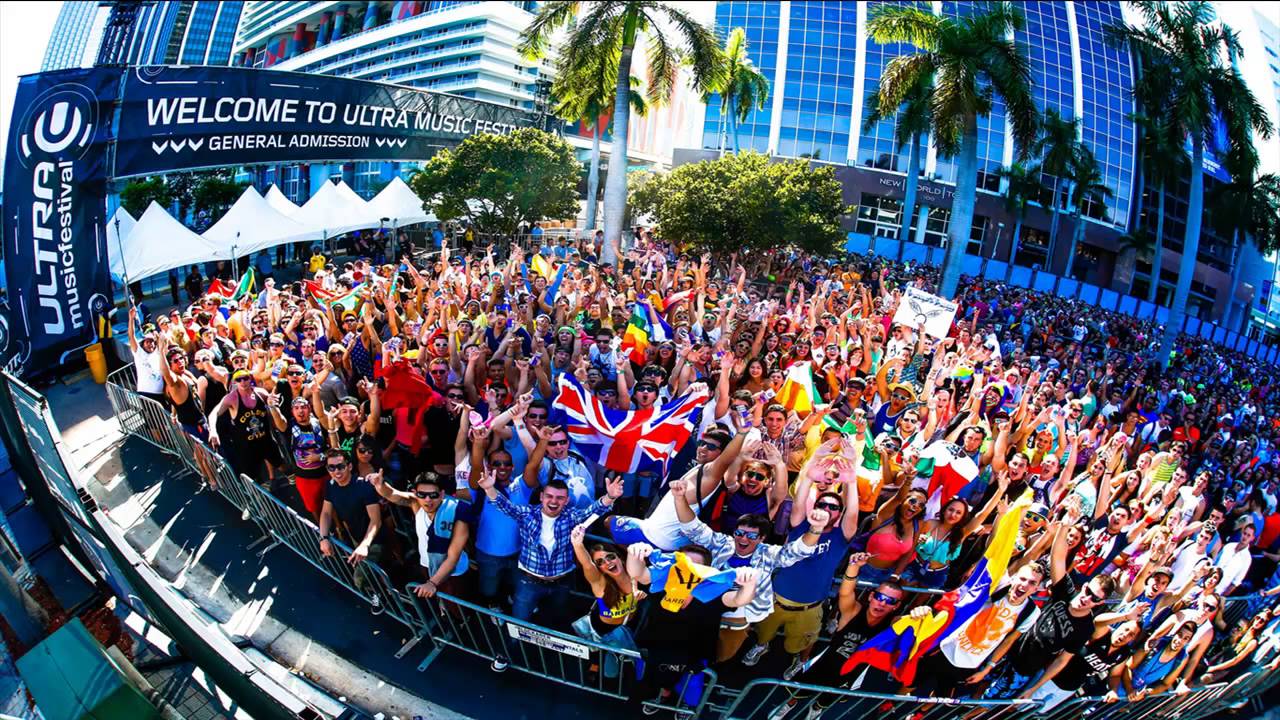 As most EDM-fans know, Miami’s Ultra Music Festival is the crown jewel of events in the world of bass drops, synths, and PLUR. While other festivals such as Coachella and Bonnaroo have just recently embraced the full spectrum of EDM, Ultra has been bringing crowds the best and brightest new DJs and producers in everything from Big Room to Trap to Deep House since its inception 16 years ago. While this year’s festival was wrought with rain and cancelled sets there was still a lot of great music being played in America’s hottest city. From Martin Garrix to Steve Aoki there were some major heavy hitters performing this year, but there were a select few that really stood out to us. Our top five performances of the year, in no particular order, are as follows:

The reigning king of the Megastructure Stage, Eric Prydz managed to draw the biggest crowd away from the main stage, even while Steve Angello was performing. With a particularly amazing standout track in the form of Generate, Prydz took us to a far darker place than some of the unapologetically pop-heavy tunes of the rest of the festival. Intense and unforgettable, even Prydz’s lighting was a thing of magic. Trapping the overflowing crowd in a state of euphoria for a hot and sweaty 90 minutes, Prydz was by far one of the best acts of the weekend.

The two ex-SHM members never fail to impress. Keeping up with their habit of releasing new tracks at festivals, Axwell /\ Ingrosso premiered a few new songs featuring collaborations with the ever-happy Pharell and fellow Swede Salem Al Fakir.  Even when they weren’t teasing us with new music the famous duo were just as lively and brilliant as we’ve come to expect. Their drops were practically perfect, their set list immaculate, and their overall performance one for the history books. As many fans have commented on YouTube, Twitter, and Facebook, Axwell /\ Ingrosso absolutely killed Ultra this year, and we couldn’t be happier that they did.

The third member of the former dance music wundergroup also had a stellar set this year in Miami, playing to one of the most energetic and enthusiastic crowds seen over the weekend. With a grand, almost orchestral intro Steve Angello had the audience in the palm of his hand before he was even on stage. He kept his fans hyped throughout his performance with festival favorites such as Children of the Wild and Save the World, but also managed to sneak in some lesser known tracks and remixes as well. A living legend, Angello commanded his stage and quite possibly stole the entire festival.

Between Steve Angello, Eric Prydz, Axwell /\ Ingrosso, and Alesso, Sweden completely dominated this year’s Ultra Music Festival. Beginning his set with the rain-soaked crowd chanting his name, Alesso took us through both his hits and a few of his friends’ with practiced ease. A definite highlight of his performance was If It Wasn’t For You, but there was a plethora of other great moments including the crowd’s booming sing along to the words of OneRepublic’s If I Lose Myself and Alesso’s goosebump-inducing intro.

The only non-Swede on our list is Serbian-Australian DJ Dirty South. With a beautiful set list and a great new ID, Dirty South delivered on his promise to blow us all away. Returning back to his progressive house roots after a brief experimental period, the DJ kept his entire set clean and tight. With seamlessly blended progressions and transitions, Dirty South enraptured the crowd and reminded all of us why we consider him one of the best.

This year was a triumph for many of the DJs and producers who graced the stages in Miami. And, while the rain washed away some of the newer Ultra acts, including ODESZA and Chromeo, there was still plenty of amazing music being performed at this year’s EDM mecca. And with regard to the Swedish domination, well let’s just hope that everyone else can step their games up to such a remarkable level for next year. Ultra 2016 can’t come quite soon enough.